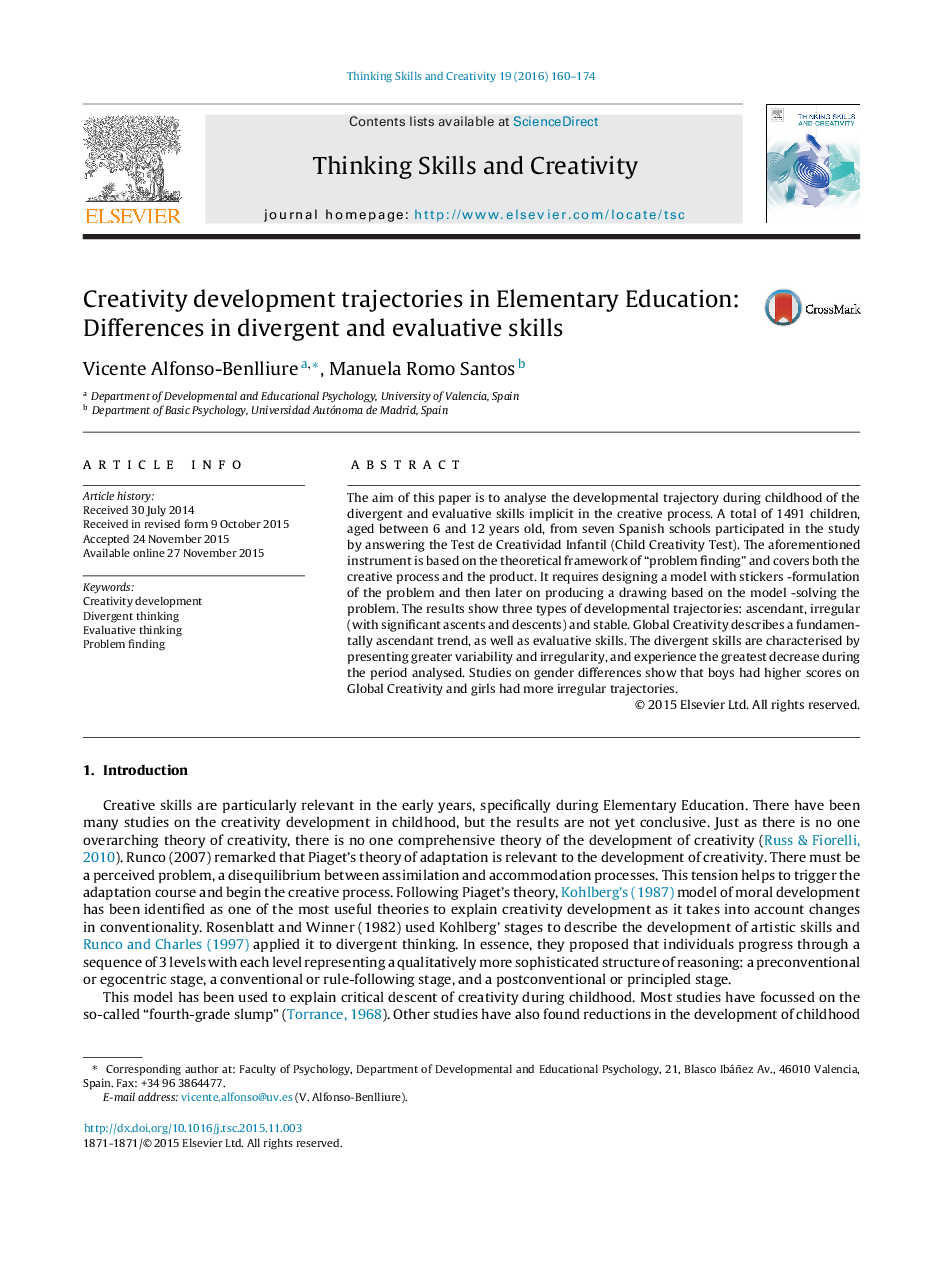 The aim of this paper is to analyse the developmental trajectory during childhood of the divergent and evaluative skills implicit in the creative process. A total of 1491 children, aged between 6 and 12 years old, from seven Spanish schools participated in the study by answering the Test de Creatividad Infantil (Child Creativity Test). The aforementioned instrument is based on the theoretical framework of “problem finding” and covers both the creative process and the product. It requires designing a model with stickers -formulation of the problem and then later on producing a drawing based on the model -solving the problem. The results show three types of developmental trajectories: ascendant, irregular (with significant ascents and descents) and stable. Global Creativity describes a fundamentally ascendant trend, as well as evaluative skills. The divergent skills are characterised by presenting greater variability and irregularity, and experience the greatest decrease during the period analysed. Studies on gender differences show that boys had higher scores on Global Creativity and girls had more irregular trajectories.