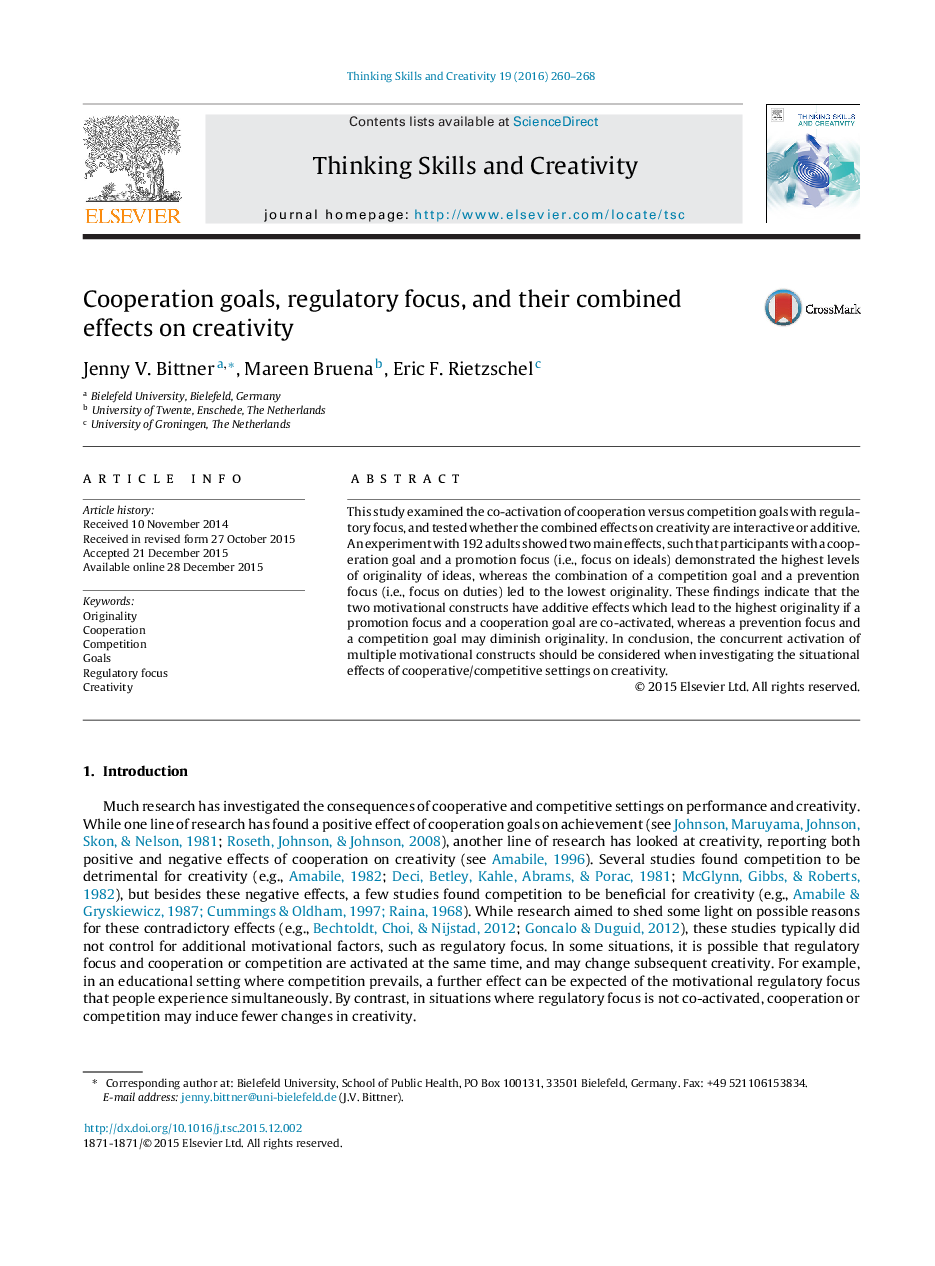 This study examined the co-activation of cooperation versus competition goals with regulatory focus, and tested whether the combined effects on creativity are interactive or additive. An experiment with 192 adults showed two main effects, such that participants with a cooperation goal and a promotion focus (i.e., focus on ideals) demonstrated the highest levels of originality of ideas, whereas the combination of a competition goal and a prevention focus (i.e., focus on duties) led to the lowest originality. These findings indicate that the two motivational constructs have additive effects which lead to the highest originality if a promotion focus and a cooperation goal are co-activated, whereas a prevention focus and a competition goal may diminish originality. In conclusion, the concurrent activation of multiple motivational constructs should be considered when investigating the situational effects of cooperative/competitive settings on creativity.