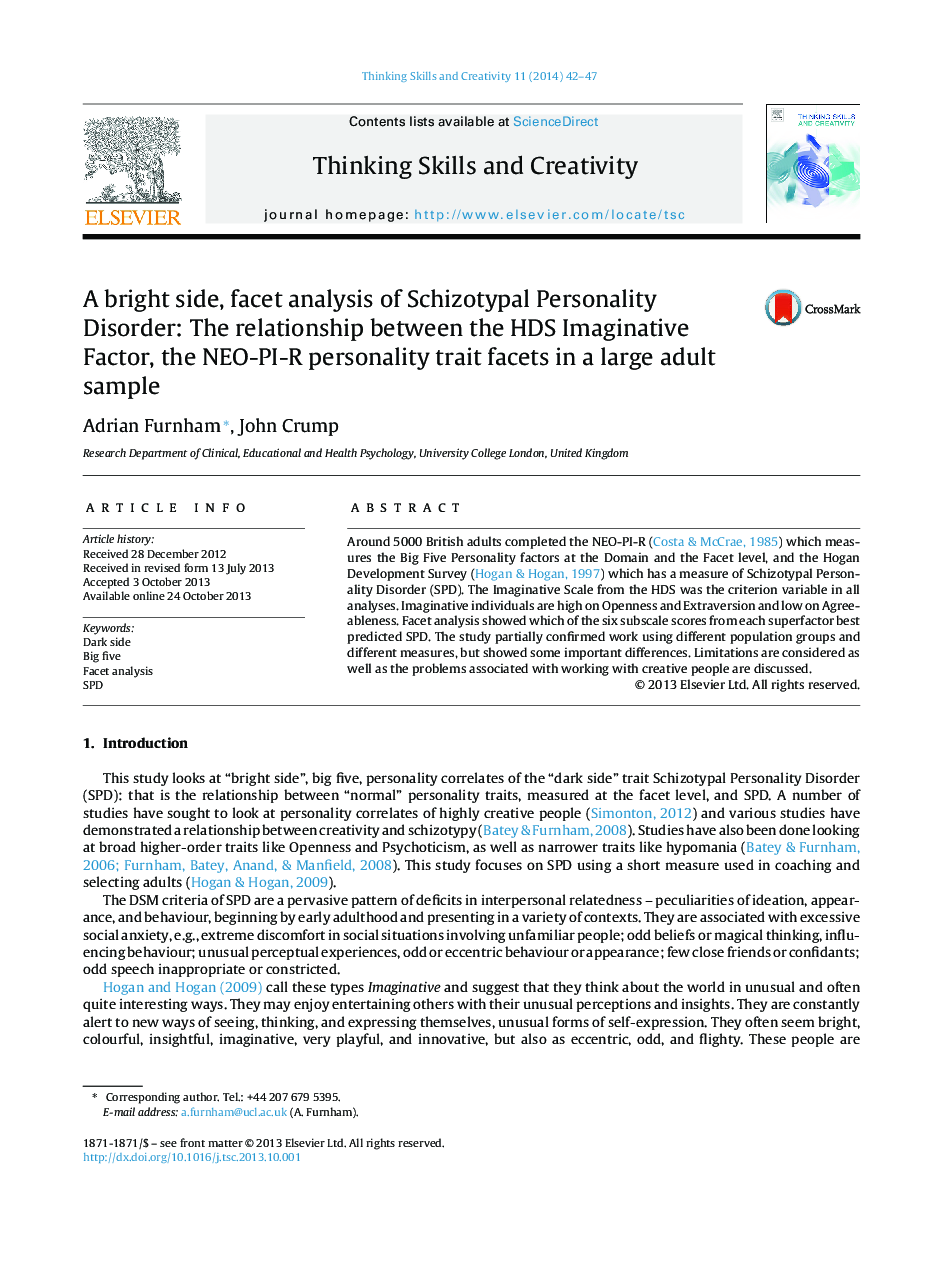 • Over 5000 adults complete a long personality and valid schizotypy scale measuring imaginativeness.
• Those with high scores were Stable, Open, Disagreeable extraverts.
• The results only partly confirmed the clinical studies in this area.
• It is possible that there is positive and negative schizotypy.

Around 5000 British adults completed the NEO-PI-R (Costa & McCrae, 1985) which measures the Big Five Personality factors at the Domain and the Facet level, and the Hogan Development Survey (Hogan & Hogan, 1997) which has a measure of Schizotypal Personality Disorder (SPD). The Imaginative Scale from the HDS was the criterion variable in all analyses. Imaginative individuals are high on Openness and Extraversion and low on Agreeableness. Facet analysis showed which of the six subscale scores from each superfactor best predicted SPD. The study partially confirmed work using different population groups and different measures, but showed some important differences. Limitations are considered as well as the problems associated with working with creative people are discussed.