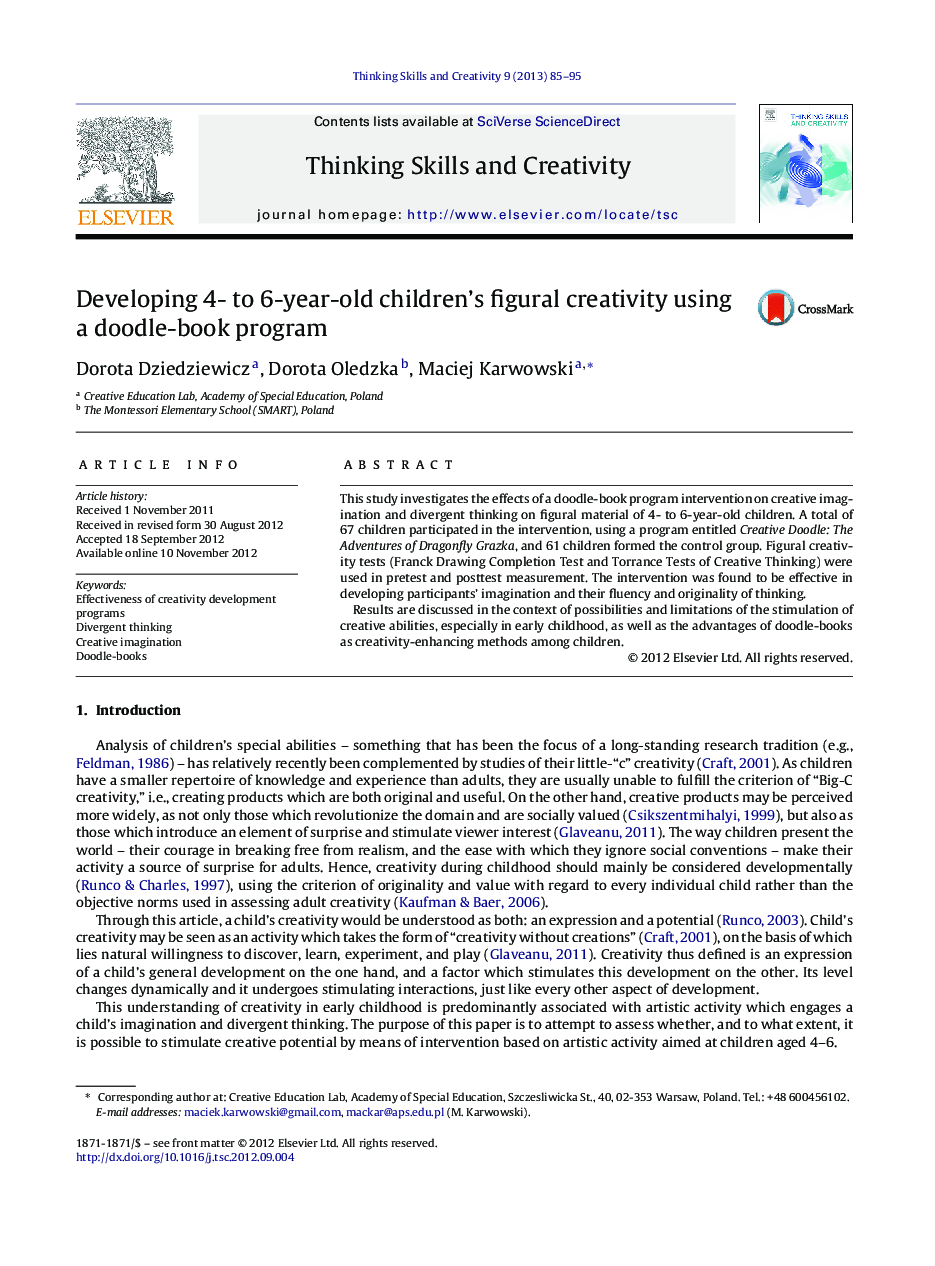 This study investigates the effects of a doodle-book program intervention on creative imagination and divergent thinking on figural material of 4- to 6-year-old children. A total of 67 children participated in the intervention, using a program entitled Creative Doodle: The Adventures of Dragonfly Grazka, and 61 children formed the control group. Figural creativity tests (Franck Drawing Completion Test and Torrance Tests of Creative Thinking) were used in pretest and posttest measurement. The intervention was found to be effective in developing participants’ imagination and their fluency and originality of thinking.Results are discussed in the context of possibilities and limitations of the stimulation of creative abilities, especially in early childhood, as well as the advantages of doodle-books as creativity-enhancing methods among children.