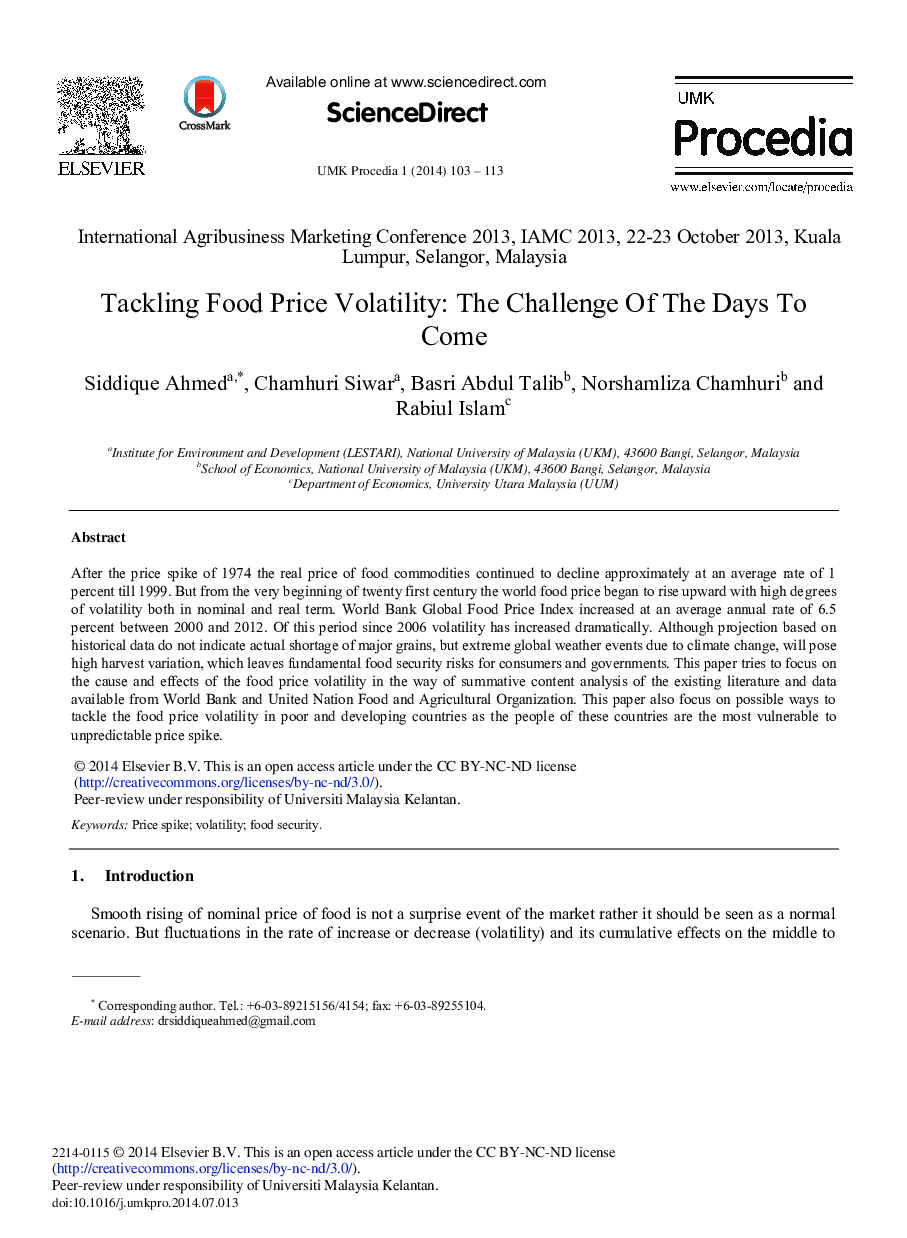 After the price spike of 1974 the real price of food commodities continued to decline approximately at an average rate of 1 percent till 1999. But from the very beginning of twenty first century the world food price began to rise upward with high degrees of volatility both in nominal and real term. World Bank Global Food Price Index increased at an average annual rate of 6.5 percent between 2000 and 2012. Of this period since 2006 volatility has increased dramatically. Although projection based on historical data do not indicate actual shortage of major grains, but extreme global weather events due to climate change, will pose high harvest variation, which leaves fundamental food security risks for consumers and governments. This paper tries to focus on the cause and effects of the food price volatility in the way of summative content analysis of the existing literature and data available from World Bank and United Nation Food and Agricultural Organization. This paper also focus on possible ways to tackle the food price volatility in poor and developing countries as the people of these countries are the most vulnerable to unpredictable price spike.