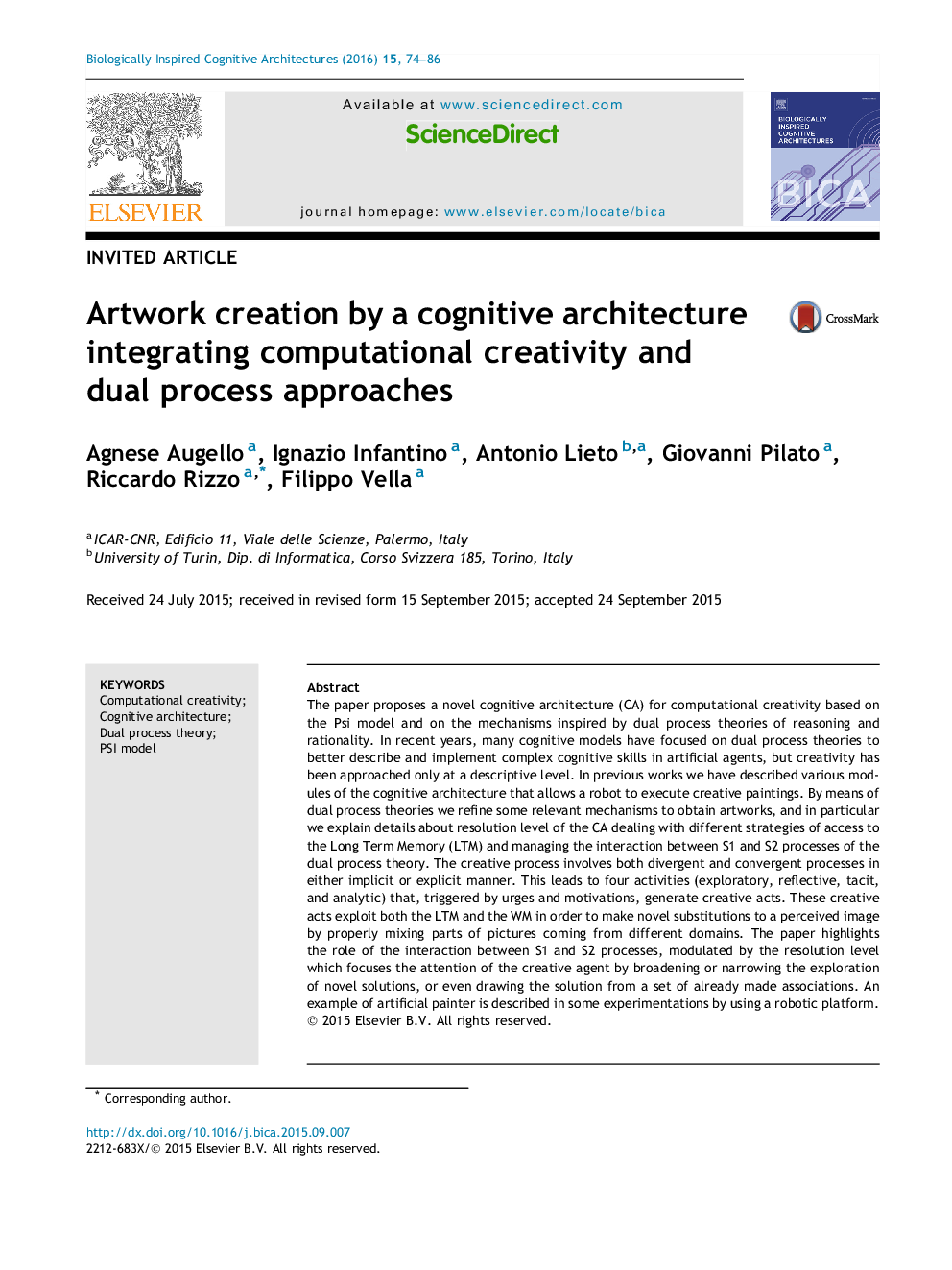 The paper proposes a novel cognitive architecture (CA) for computational creativity based on the Psi model and on the mechanisms inspired by dual process theories of reasoning and rationality. In recent years, many cognitive models have focused on dual process theories to better describe and implement complex cognitive skills in artificial agents, but creativity has been approached only at a descriptive level. In previous works we have described various modules of the cognitive architecture that allows a robot to execute creative paintings. By means of dual process theories we refine some relevant mechanisms to obtain artworks, and in particular we explain details about resolution level of the CA dealing with different strategies of access to the Long Term Memory (LTM) and managing the interaction between S1 and S2 processes of the dual process theory. The creative process involves both divergent and convergent processes in either implicit or explicit manner. This leads to four activities (exploratory, reflective, tacit, and analytic) that, triggered by urges and motivations, generate creative acts. These creative acts exploit both the LTM and the WM in order to make novel substitutions to a perceived image by properly mixing parts of pictures coming from different domains. The paper highlights the role of the interaction between S1 and S2 processes, modulated by the resolution level which focuses the attention of the creative agent by broadening or narrowing the exploration of novel solutions, or even drawing the solution from a set of already made associations. An example of artificial painter is described in some experimentations by using a robotic platform.