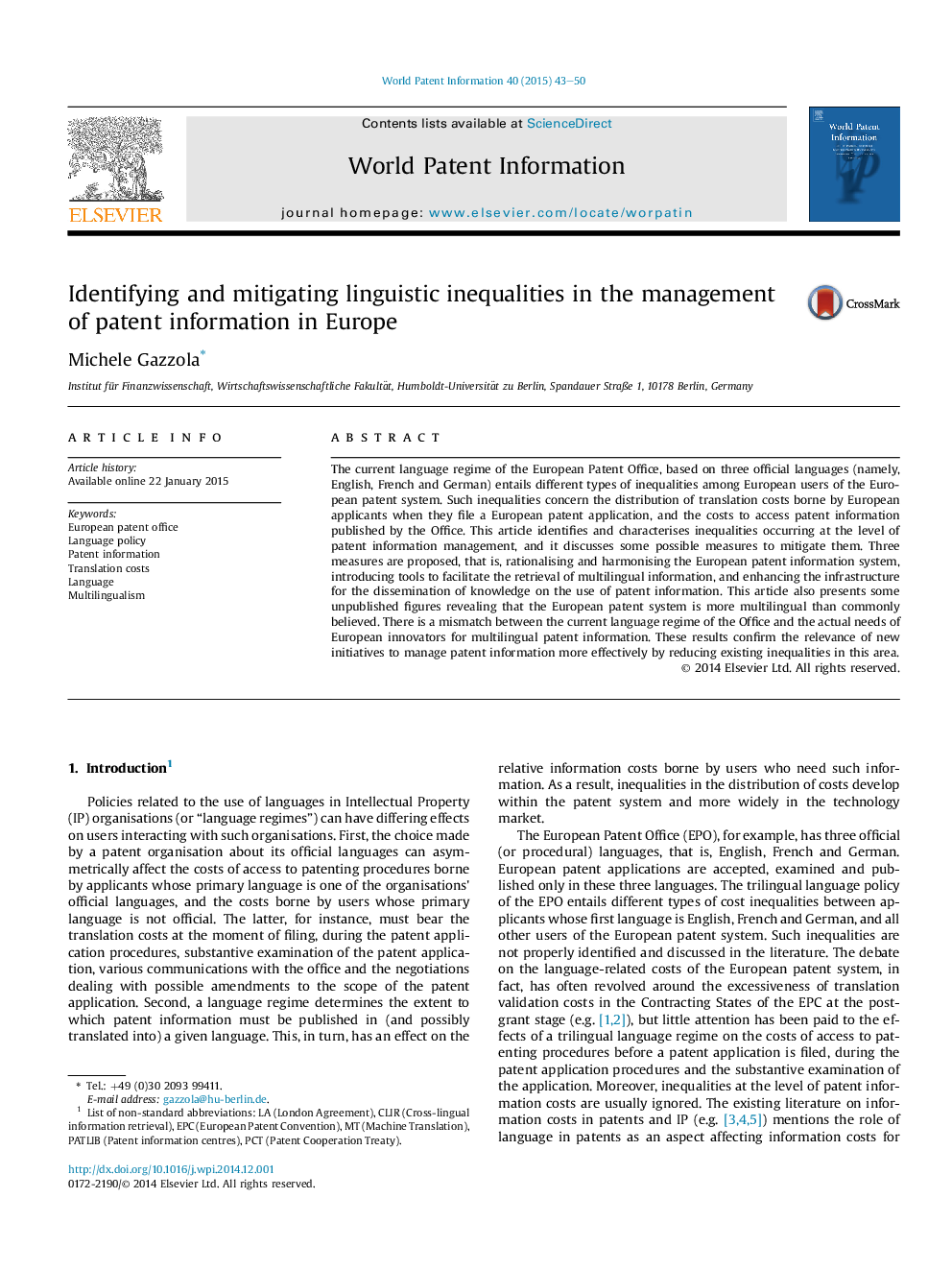 • The language regime of the EPO generates different language-related cost inequalities.
• The European patent system tends to be more multilingual than is commonly believed.
• The European patent information system can be rationalised and harmonised.
• Tools to facilitate the retrieval of multilingual information should be introduced.
• The infrastructure for the dissemination of knowledge on patent information can be enhanced.