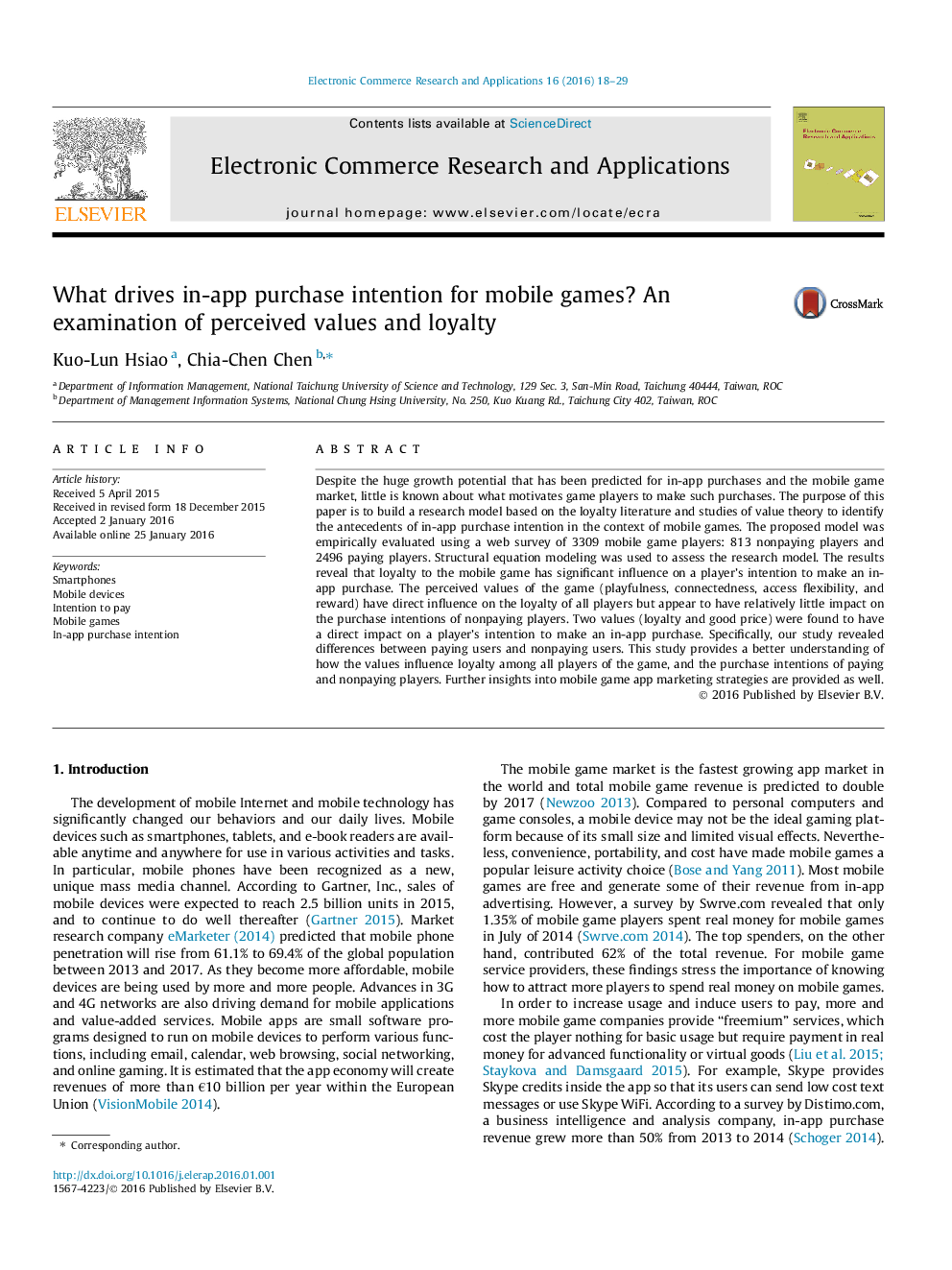 Despite the huge growth potential that has been predicted for in-app purchases and the mobile game market, little is known about what motivates game players to make such purchases. The purpose of this paper is to build a research model based on the loyalty literature and studies of value theory to identify the antecedents of in-app purchase intention in the context of mobile games. The proposed model was empirically evaluated using a web survey of 3309 mobile game players: 813 nonpaying players and 2496 paying players. Structural equation modeling was used to assess the research model. The results reveal that loyalty to the mobile game has significant influence on a player’s intention to make an in-app purchase. The perceived values of the game (playfulness, connectedness, access flexibility, and reward) have direct influence on the loyalty of all players but appear to have relatively little impact on the purchase intentions of nonpaying players. Two values (loyalty and good price) were found to have a direct impact on a player’s intention to make an in-app purchase. Specifically, our study revealed differences between paying users and nonpaying users. This study provides a better understanding of how the values influence loyalty among all players of the game, and the purchase intentions of paying and nonpaying players. Further insights into mobile game app marketing strategies are provided as well.