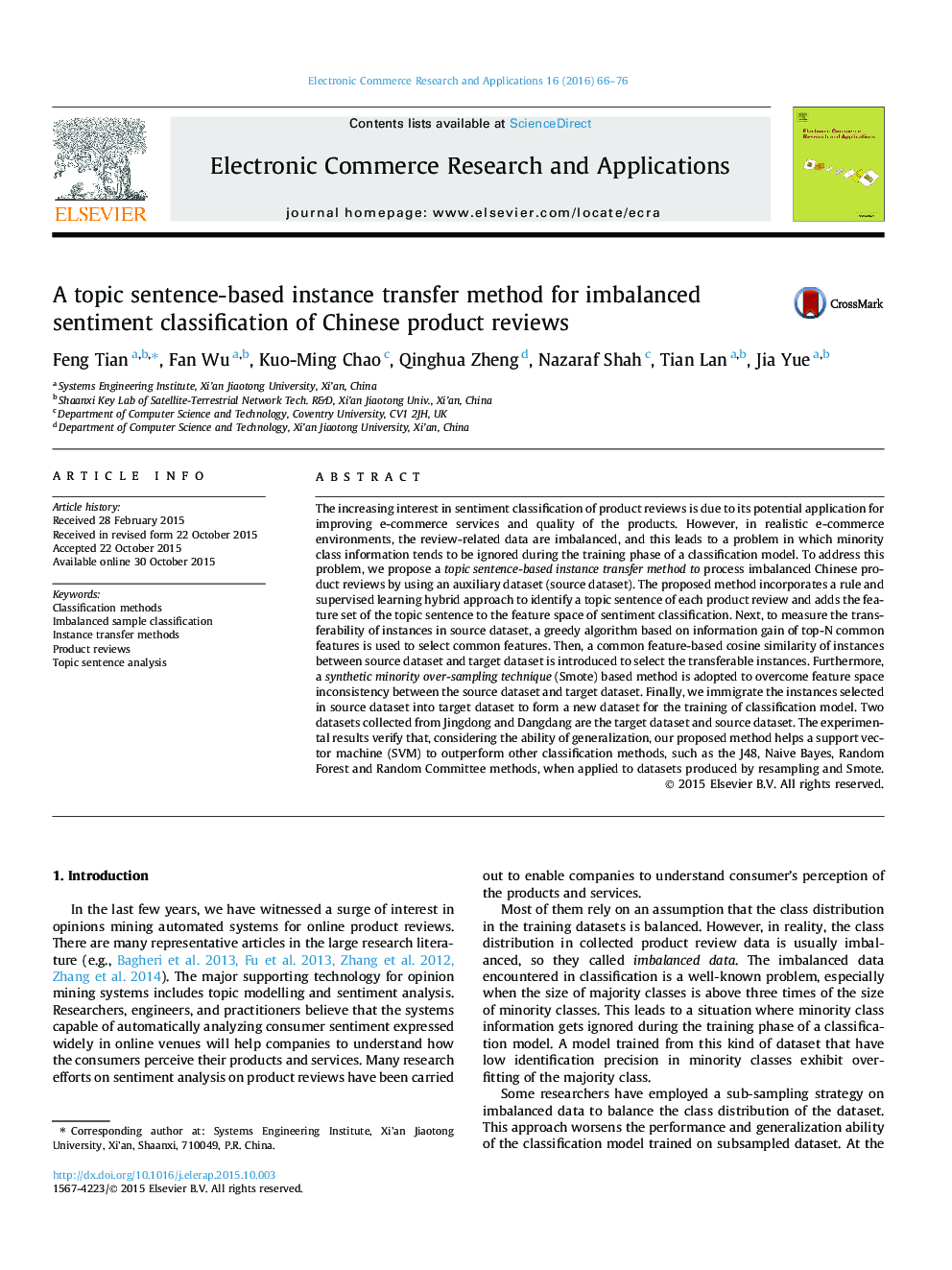 The increasing interest in sentiment classification of product reviews is due to its potential application for improving e-commerce services and quality of the products. However, in realistic e-commerce environments, the review-related data are imbalanced, and this leads to a problem in which minority class information tends to be ignored during the training phase of a classification model. To address this problem, we propose a topic sentence-based instance transfer method to process imbalanced Chinese product reviews by using an auxiliary dataset (source dataset). The proposed method incorporates a rule and supervised learning hybrid approach to identify a topic sentence of each product review and adds the feature set of the topic sentence to the feature space of sentiment classification. Next, to measure the transferability of instances in source dataset, a greedy algorithm based on information gain of top-N common features is used to select common features. Then, a common feature-based cosine similarity of instances between source dataset and target dataset is introduced to select the transferable instances. Furthermore, a synthetic minority over-sampling technique (Smote) based method is adopted to overcome feature space inconsistency between the source dataset and target dataset. Finally, we immigrate the instances selected in source dataset into target dataset to form a new dataset for the training of classification model. Two datasets collected from Jingdong and Dangdang are the target dataset and source dataset. The experimental results verify that, considering the ability of generalization, our proposed method helps a support vector machine (SVM) to outperform other classification methods, such as the J48, Naive Bayes, Random Forest and Random Committee methods, when applied to datasets produced by resampling and Smote.