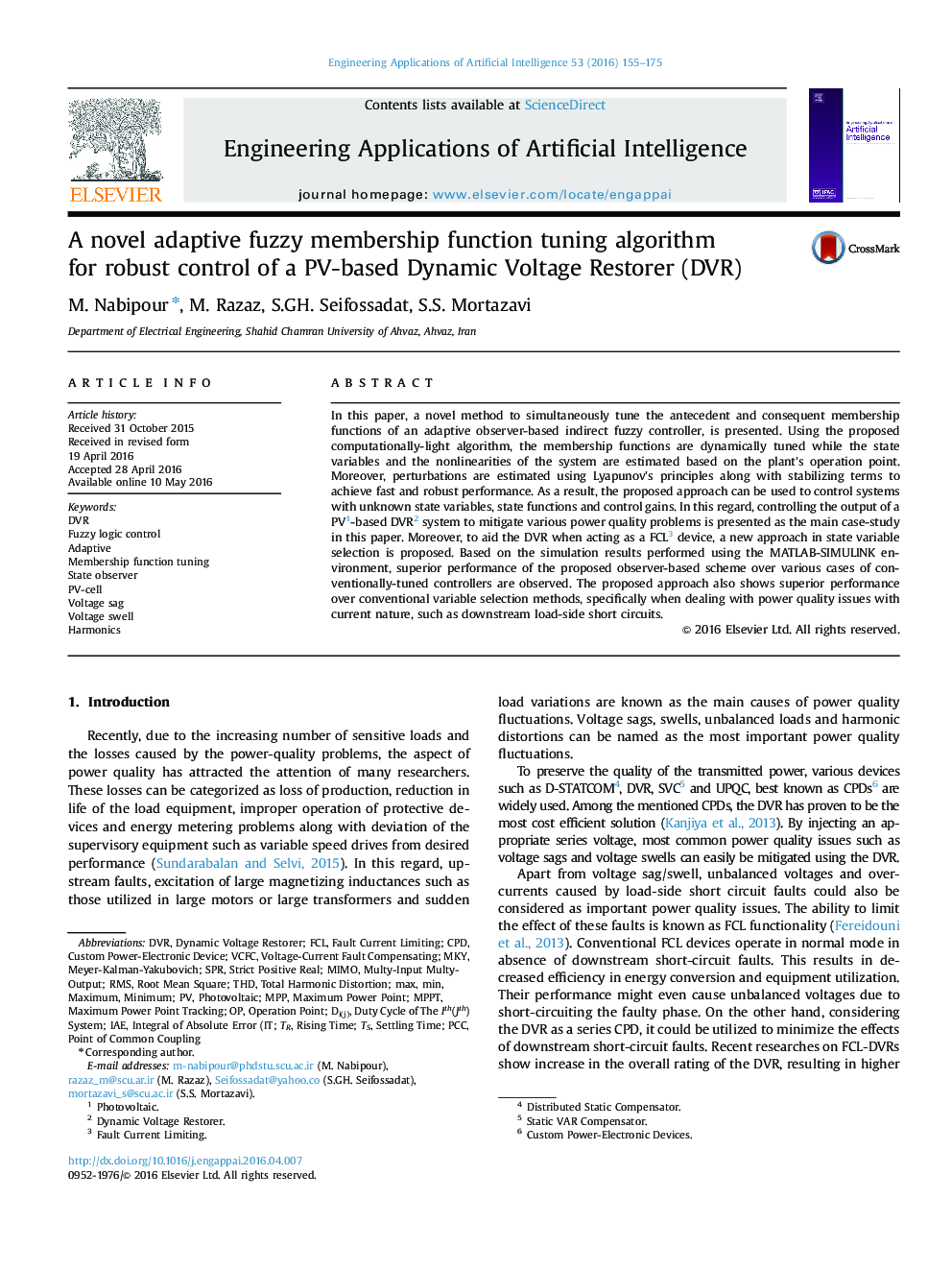 In this paper, a novel method to simultaneously tune the antecedent and consequent membership functions of an adaptive observer-based indirect fuzzy controller, is presented. Using the proposed computationally-light algorithm, the membership functions are dynamically tuned while the state variables and the nonlinearities of the system are estimated based on the plant's operation point. Moreover, perturbations are estimated using Lyapunov's principles along with stabilizing terms to achieve fast and robust performance. As a result, the proposed approach can be used to control systems with unknown state variables, state functions and control gains. In this regard, controlling the output of a PV1-based DVR2 system to mitigate various power quality problems is presented as the main case-study in this paper. Moreover, to aid the DVR when acting as a FCL3 device, a new approach in state variable selection is proposed. Based on the simulation results performed using the MATLAB-SIMULINK environment, superior performance of the proposed observer-based scheme over various cases of conventionally-tuned controllers are observed. The proposed approach also shows superior performance over conventional variable selection methods, specifically when dealing with power quality issues with current nature, such as downstream load-side short circuits.