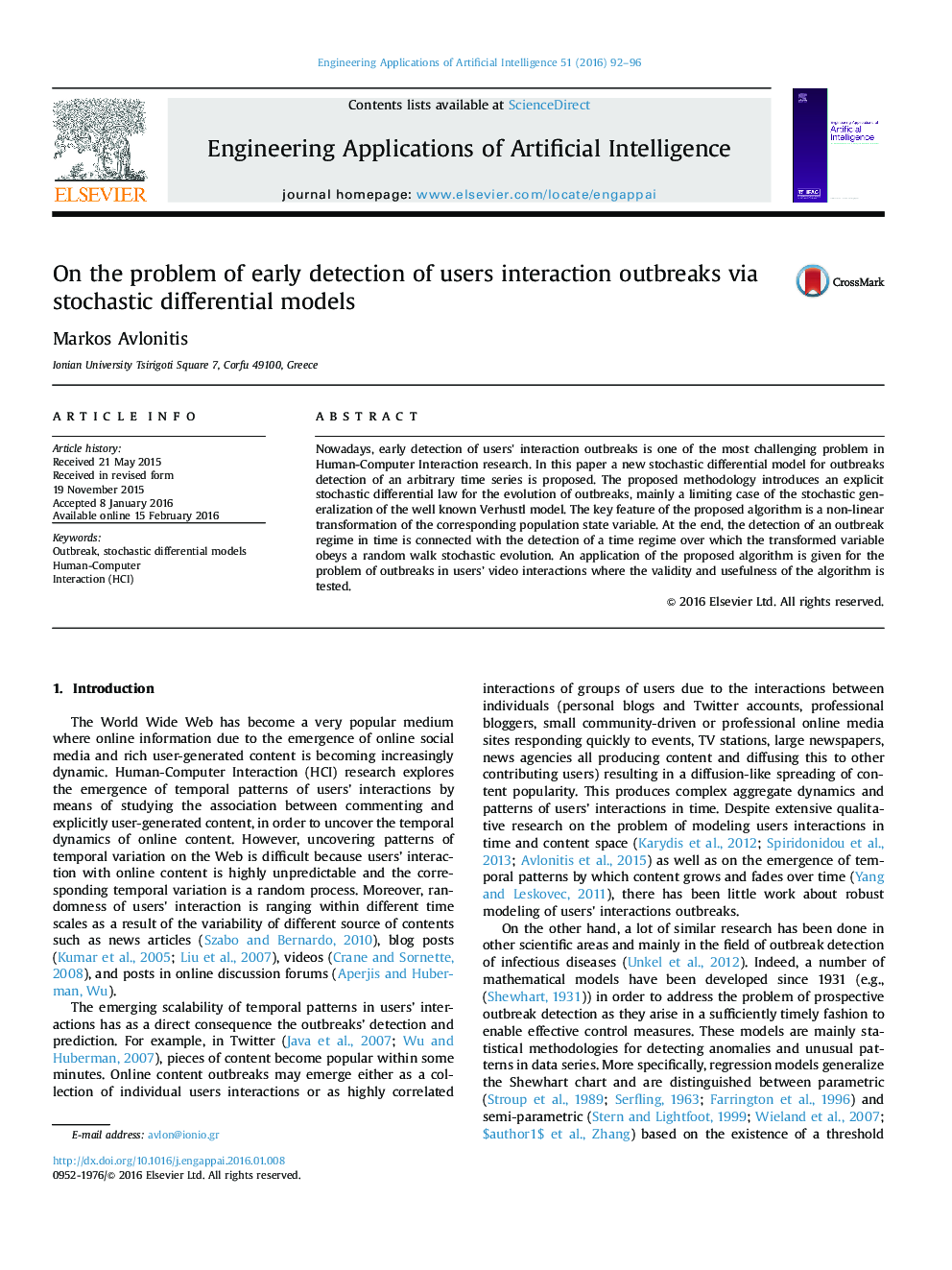 Nowadays, early detection of users׳ interaction outbreaks is one of the most challenging problem in Human-Computer Interaction research. In this paper a new stochastic differential model for outbreaks detection of an arbitrary time series is proposed. The proposed methodology introduces an explicit stochastic differential law for the evolution of outbreaks, mainly a limiting case of the stochastic generalization of the well known Verhustl model. The key feature of the proposed algorithm is a non-linear transformation of the corresponding population state variable. At the end, the detection of an outbreak regime in time is connected with the detection of a time regime over which the transformed variable obeys a random walk stochastic evolution. An application of the proposed algorithm is given for the problem of outbreaks in users’ video interactions where the validity and usefulness of the algorithm is tested.