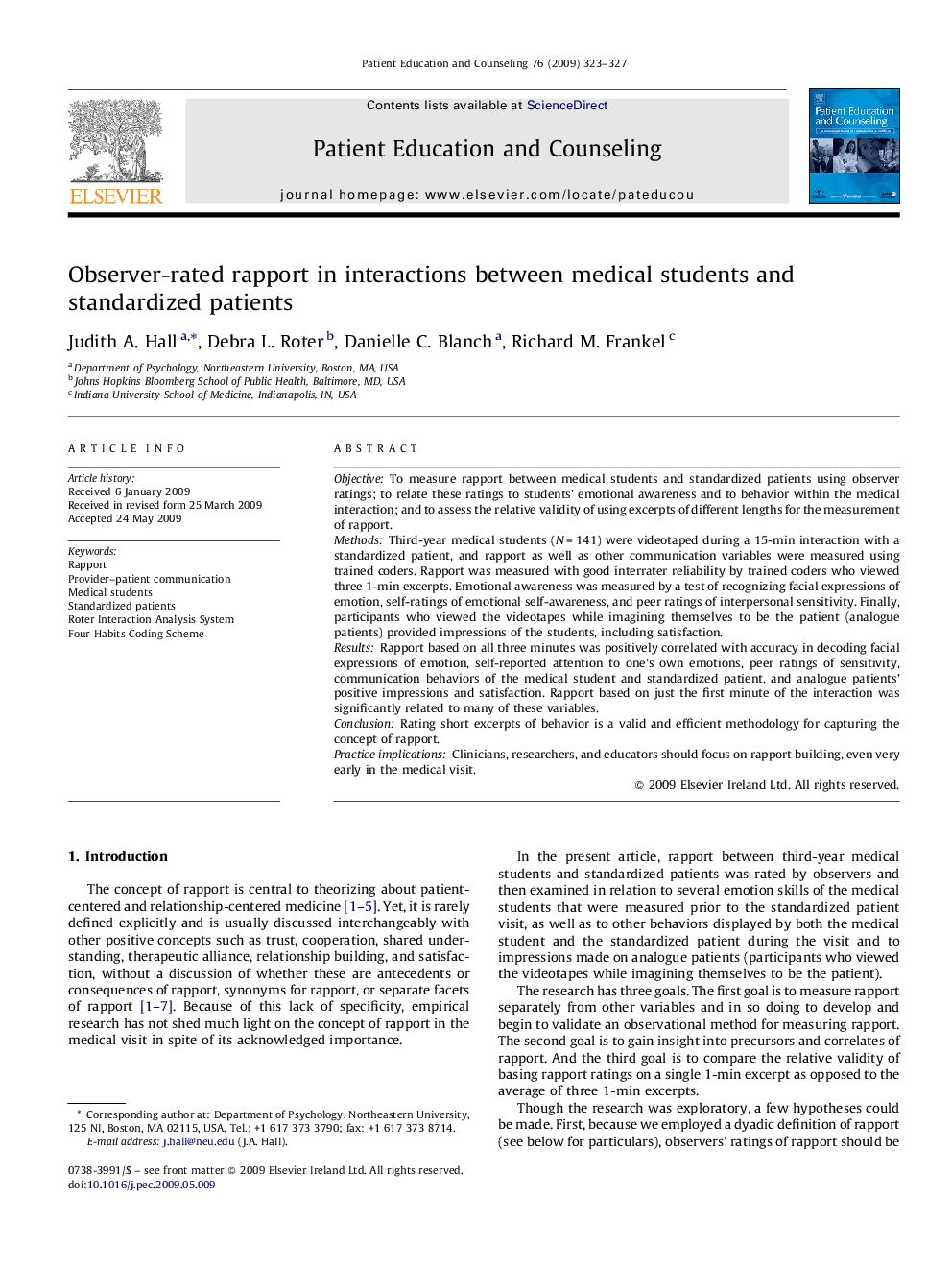 ObjectiveTo measure rapport between medical students and standardized patients using observer ratings; to relate these ratings to students’ emotional awareness and to behavior within the medical interaction; and to assess the relative validity of using excerpts of different lengths for the measurement of rapport.MethodsThird-year medical students (N = 141) were videotaped during a 15-min interaction with a standardized patient, and rapport as well as other communication variables were measured using trained coders. Rapport was measured with good interrater reliability by trained coders who viewed three 1-min excerpts. Emotional awareness was measured by a test of recognizing facial expressions of emotion, self-ratings of emotional self-awareness, and peer ratings of interpersonal sensitivity. Finally, participants who viewed the videotapes while imagining themselves to be the patient (analogue patients) provided impressions of the students, including satisfaction.ResultsRapport based on all three minutes was positively correlated with accuracy in decoding facial expressions of emotion, self-reported attention to one's own emotions, peer ratings of sensitivity, communication behaviors of the medical student and standardized patient, and analogue patients’ positive impressions and satisfaction. Rapport based on just the first minute of the interaction was significantly related to many of these variables.ConclusionRating short excerpts of behavior is a valid and efficient methodology for capturing the concept of rapport.Practice implicationsClinicians, researchers, and educators should focus on rapport building, even very early in the medical visit.