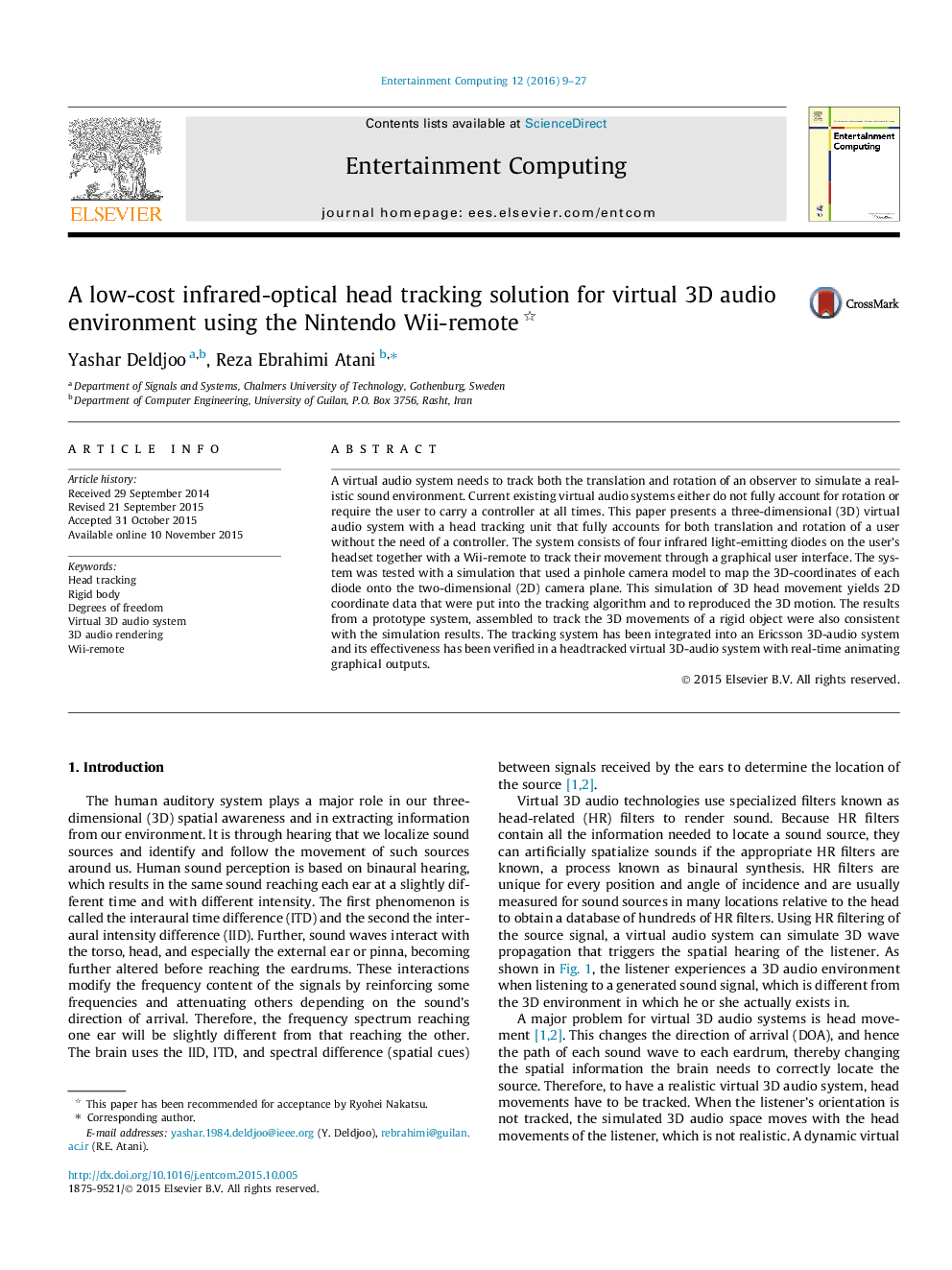 • A fairly accurate, inexpensive infrared-based Head Tracking solutions is presented.
• The system consists of only four infrared light-emitting diodes on the user’s headset.
• The tracking system has been integrated into virtual 3D audio system.
• The systems effectiveness has been verified in presence of real-time animating graphical outputs.

A virtual audio system needs to track both the translation and rotation of an observer to simulate a realistic sound environment. Current existing virtual audio systems either do not fully account for rotation or require the user to carry a controller at all times. This paper presents a three-dimensional (3D) virtual audio system with a head tracking unit that fully accounts for both translation and rotation of a user without the need of a controller. The system consists of four infrared light-emitting diodes on the user’s headset together with a Wii-remote to track their movement through a graphical user interface. The system was tested with a simulation that used a pinhole camera model to map the 3D-coordinates of each diode onto the two-dimensional (2D) camera plane. This simulation of 3D head movement yields 2D coordinate data that were put into the tracking algorithm and to reproduced the 3D motion. The results from a prototype system, assembled to track the 3D movements of a rigid object were also consistent with the simulation results. The tracking system has been integrated into an Ericsson 3D-audio system and its effectiveness has been verified in a headtracked virtual 3D-audio system with real-time animating graphical outputs.