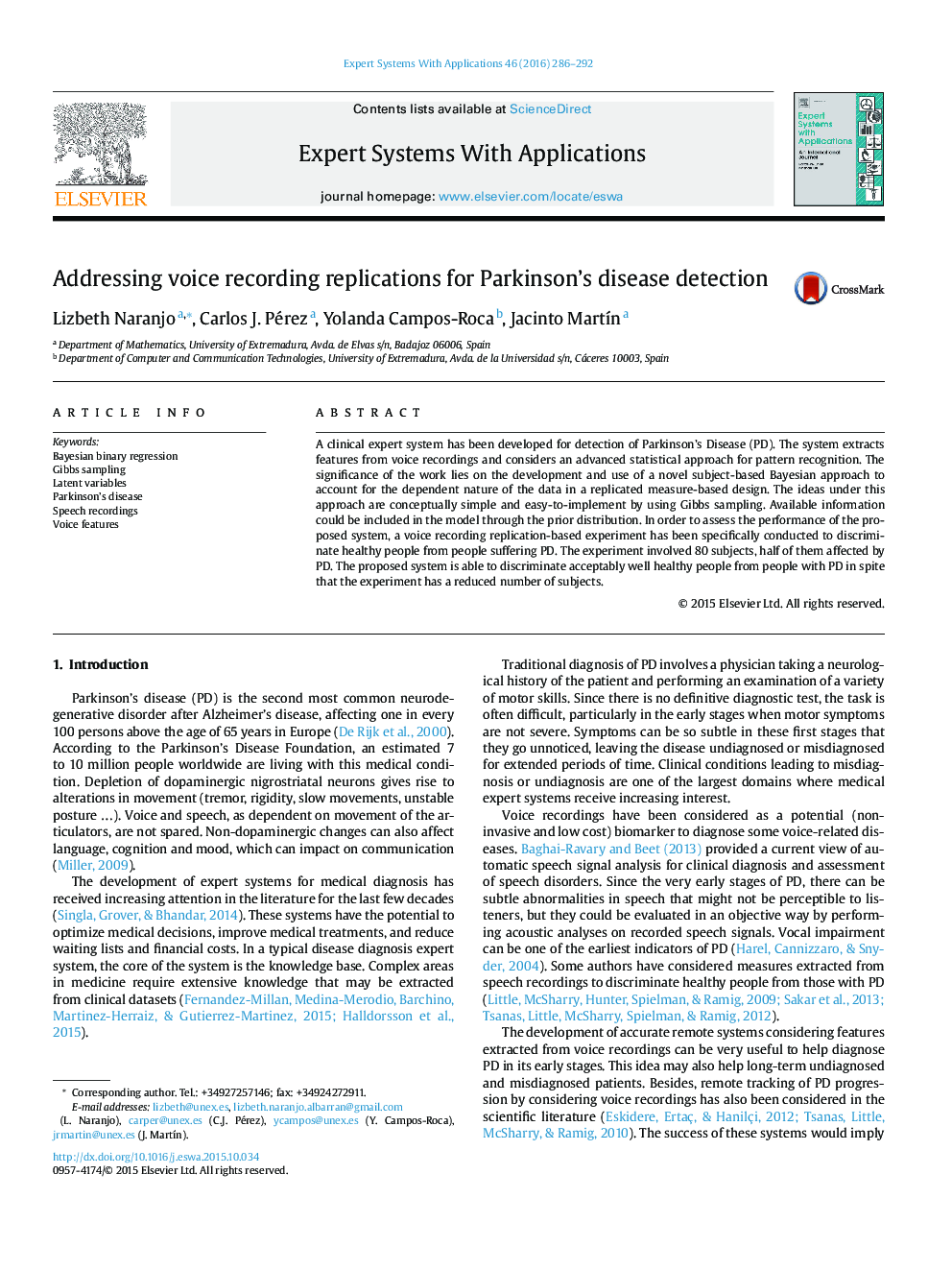 • A general subject-based Bayesian approach has been proposed.
• Special treatment is provided for the probit model.
• Latent variables are used to provide a predictive model that can handle replications.
• A Gibbs sampling-based method is derived to compute the model parameters.
• The approach is used to discriminate healthy people from people suffering PD.

A clinical expert system has been developed for detection of Parkinson’s Disease (PD). The system extracts features from voice recordings and considers an advanced statistical approach for pattern recognition. The significance of the work lies on the development and use of a novel subject-based Bayesian approach to account for the dependent nature of the data in a replicated measure-based design. The ideas under this approach are conceptually simple and easy-to-implement by using Gibbs sampling. Available information could be included in the model through the prior distribution. In order to assess the performance of the proposed system, a voice recording replication-based experiment has been specifically conducted to discriminate healthy people from people suffering PD. The experiment involved 80 subjects, half of them affected by PD. The proposed system is able to discriminate acceptably well healthy people from people with PD in spite that the experiment has a reduced number of subjects.