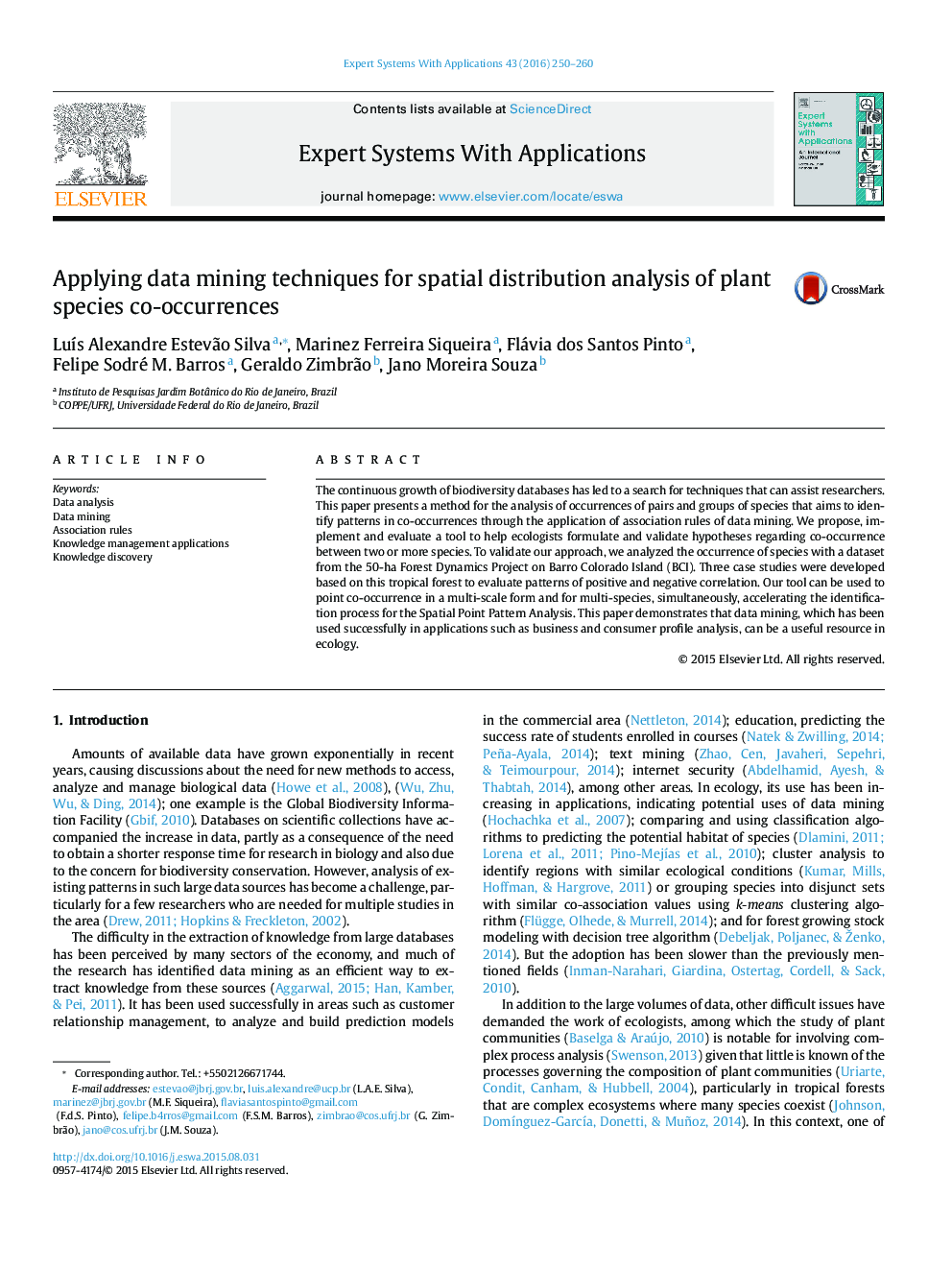 The continuous growth of biodiversity databases has led to a search for techniques that can assist researchers. This paper presents a method for the analysis of occurrences of pairs and groups of species that aims to identify patterns in co-occurrences through the application of association rules of data mining. We propose, implement and evaluate a tool to help ecologists formulate and validate hypotheses regarding co-occurrence between two or more species. To validate our approach, we analyzed the occurrence of species with a dataset from the 50-ha Forest Dynamics Project on Barro Colorado Island (BCI). Three case studies were developed based on this tropical forest to evaluate patterns of positive and negative correlation. Our tool can be used to point co-occurrence in a multi-scale form and for multi-species, simultaneously, accelerating the identification process for the Spatial Point Pattern Analysis. This paper demonstrates that data mining, which has been used successfully in applications such as business and consumer profile analysis, can be a useful resource in ecology.