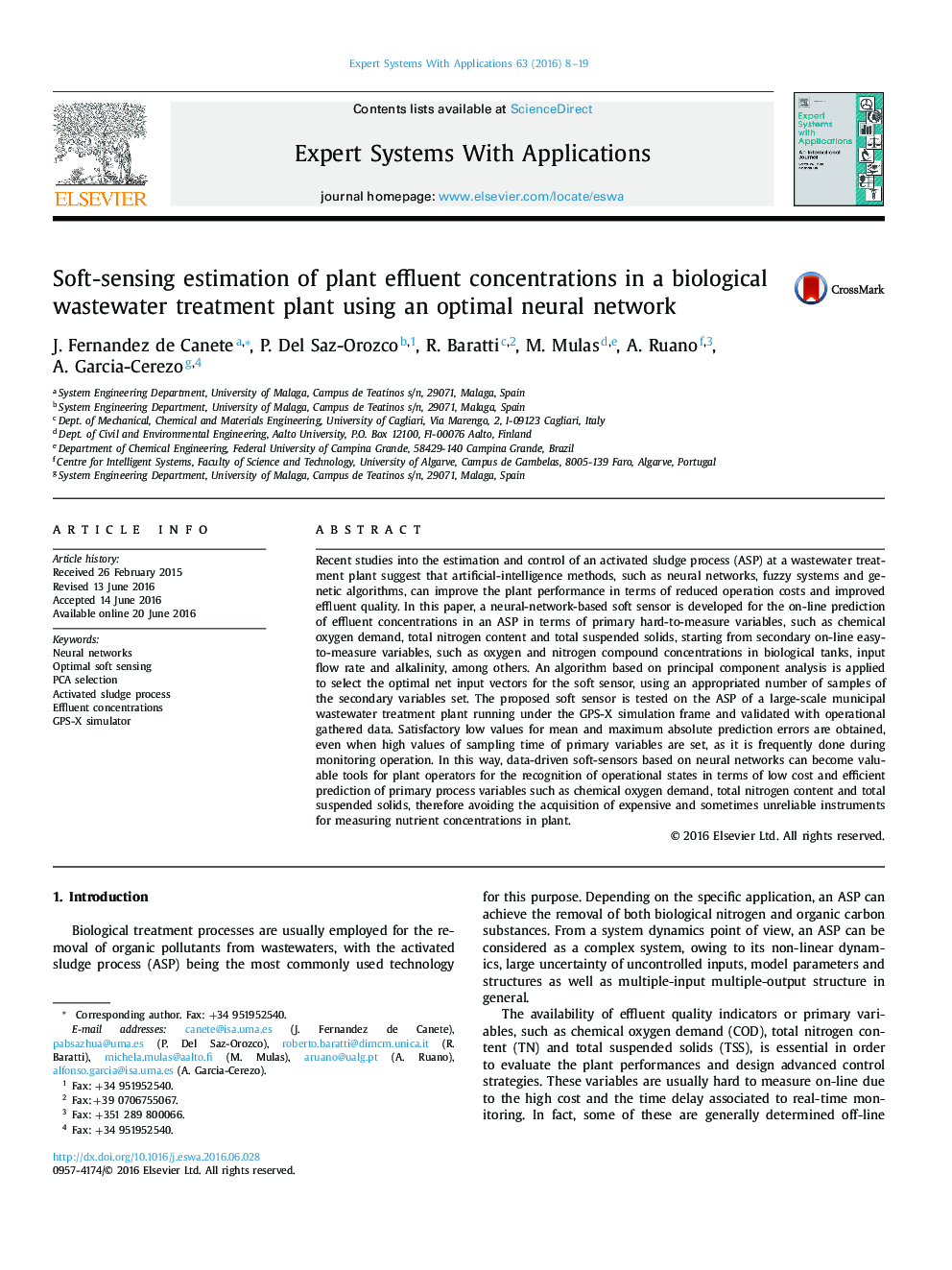 Recent studies into the estimation and control of an activated sludge process (ASP) at a wastewater treatment plant suggest that artificial-intelligence methods, such as neural networks, fuzzy systems and genetic algorithms, can improve the plant performance in terms of reduced operation costs and improved effluent quality. In this paper, a neural-network-based soft sensor is developed for the on-line prediction of effluent concentrations in an ASP in terms of primary hard-to-measure variables, such as chemical oxygen demand, total nitrogen content and total suspended solids, starting from secondary on-line easy-to-measure variables, such as oxygen and nitrogen compound concentrations in biological tanks, input flow rate and alkalinity, among others. An algorithm based on principal component analysis is applied to select the optimal net input vectors for the soft sensor, using an appropriated number of samples of the secondary variables set. The proposed soft sensor is tested on the ASP of a large-scale municipal wastewater treatment plant running under the GPS-X simulation frame and validated with operational gathered data. Satisfactory low values for mean and maximum absolute prediction errors are obtained, even when high values of sampling time of primary variables are set, as it is frequently done during monitoring operation. In this way, data-driven soft-sensors based on neural networks can become valuable tools for plant operators for the recognition of operational states in terms of low cost and efficient prediction of primary process variables such as chemical oxygen demand, total nitrogen content and total suspended solids, therefore avoiding the acquisition of expensive and sometimes unreliable instruments for measuring nutrient concentrations in plant.