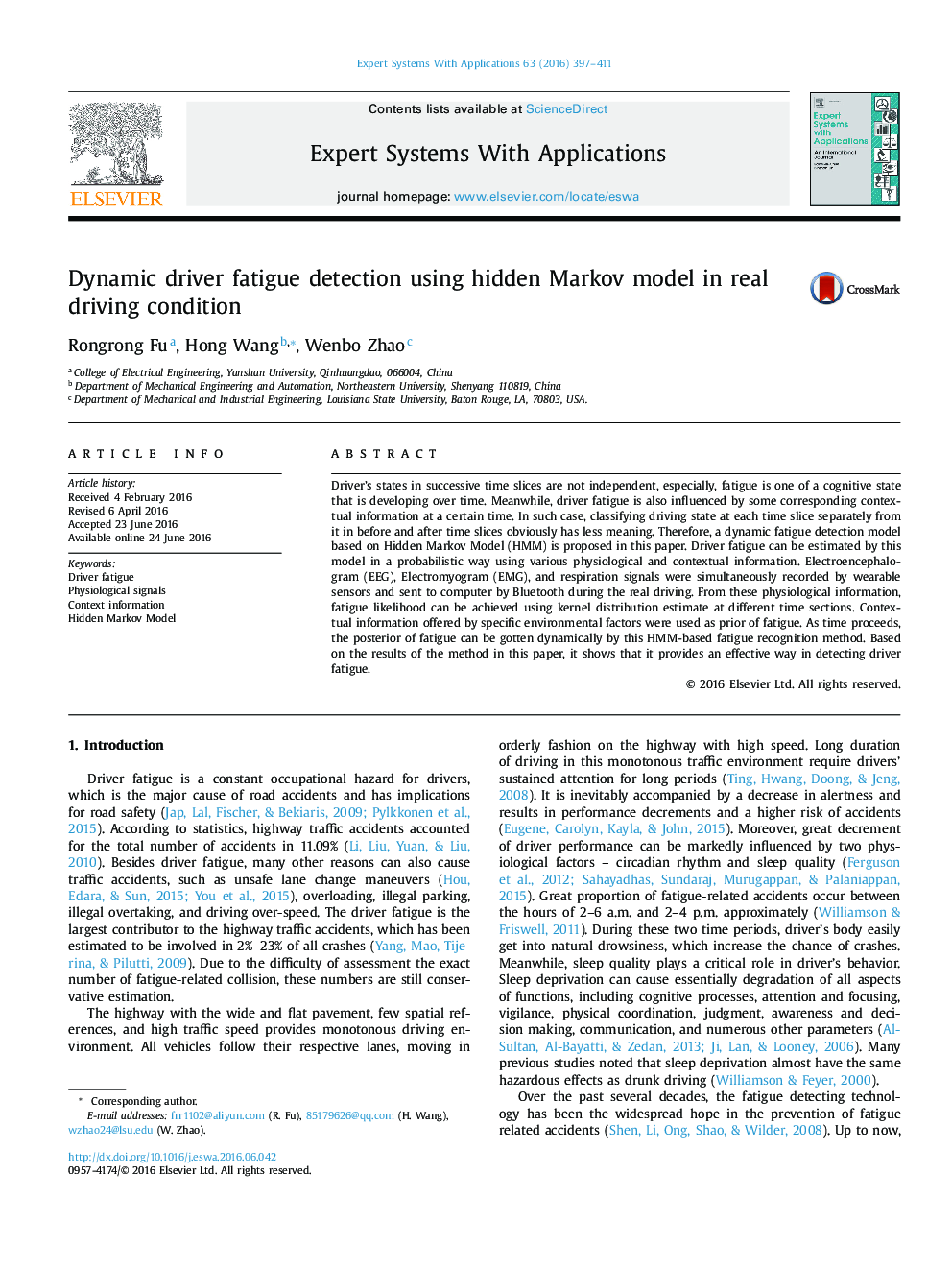 Driver's states in successive time slices are not independent, especially, fatigue is one of a cognitive state that is developing over time. Meanwhile, driver fatigue is also influenced by some corresponding contextual information at a certain time. In such case, classifying driving state at each time slice separately from it in before and after time slices obviously has less meaning. Therefore, a dynamic fatigue detection model based on Hidden Markov Model (HMM) is proposed in this paper. Driver fatigue can be estimated by this model in a probabilistic way using various physiological and contextual information. Electroencephalogram (EEG), Electromyogram (EMG), and respiration signals were simultaneously recorded by wearable sensors and sent to computer by Bluetooth during the real driving. From these physiological information, fatigue likelihood can be achieved using kernel distribution estimate at different time sections. Contextual information offered by specific environmental factors were used as prior of fatigue. As time proceeds, the posterior of fatigue can be gotten dynamically by this HMM-based fatigue recognition method. Based on the results of the method in this paper, it shows that it provides an effective way in detecting driver fatigue.