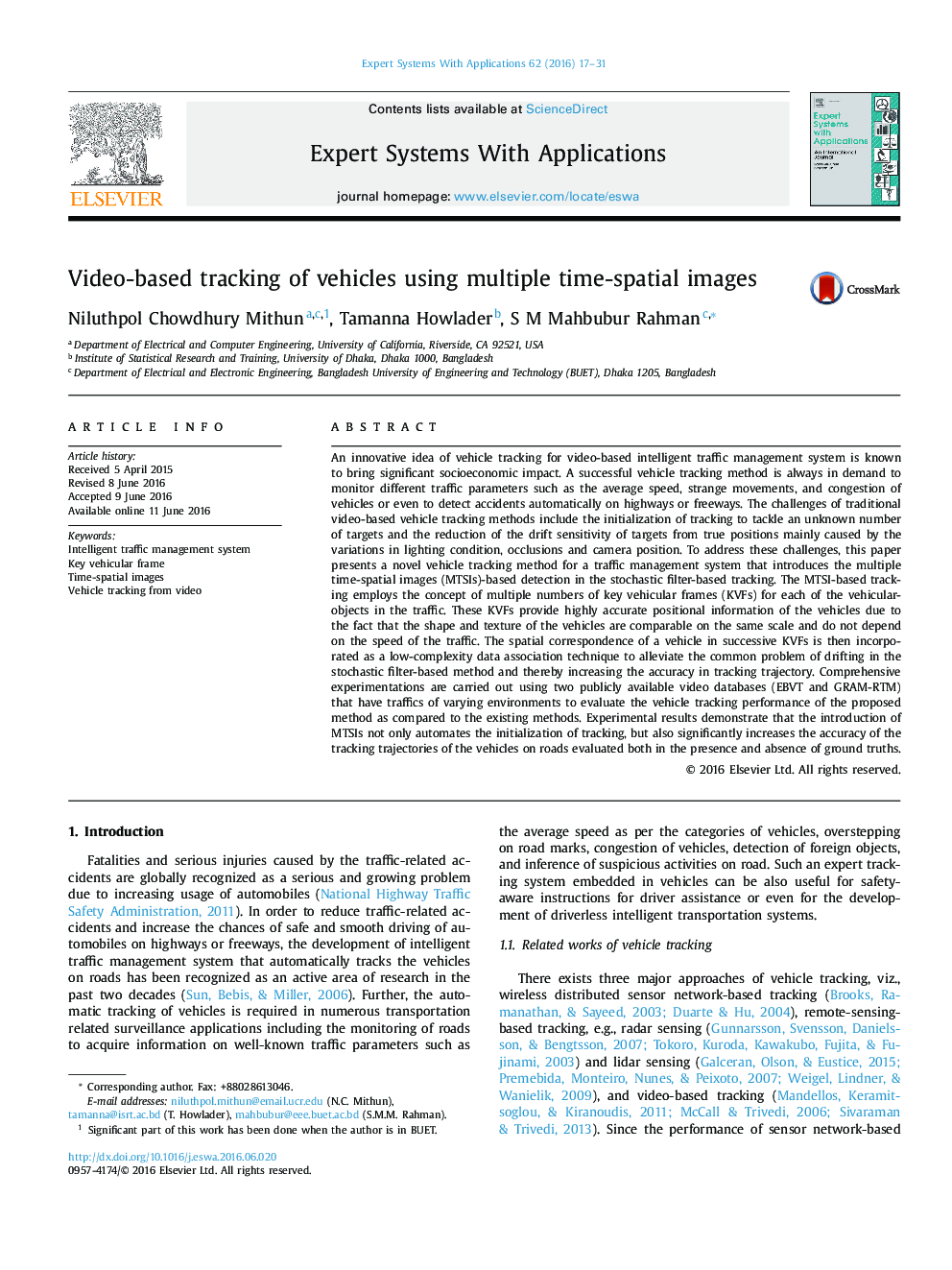 An innovative idea of vehicle tracking for video-based intelligent traffic management system is known to bring significant socioeconomic impact. A successful vehicle tracking method is always in demand to monitor different traffic parameters such as the average speed, strange movements, and congestion of vehicles or even to detect accidents automatically on highways or freeways. The challenges of traditional video-based vehicle tracking methods include the initialization of tracking to tackle an unknown number of targets and the reduction of the drift sensitivity of targets from true positions mainly caused by the variations in lighting condition, occlusions and camera position. To address these challenges, this paper presents a novel vehicle tracking method for a traffic management system that introduces the multiple time-spatial images (MTSIs)-based detection in the stochastic filter-based tracking. The MTSI-based tracking employs the concept of multiple numbers of key vehicular frames (KVFs) for each of the vehicular-objects in the traffic. These KVFs provide highly accurate positional information of the vehicles due to the fact that the shape and texture of the vehicles are comparable on the same scale and do not depend on the speed of the traffic. The spatial correspondence of a vehicle in successive KVFs is then incorporated as a low-complexity data association technique to alleviate the common problem of drifting in the stochastic filter-based method and thereby increasing the accuracy in tracking trajectory. Comprehensive experimentations are carried out using two publicly available video databases (EBVT and GRAM-RTM) that have traffics of varying environments to evaluate the vehicle tracking performance of the proposed method as compared to the existing methods. Experimental results demonstrate that the introduction of MTSIs not only automates the initialization of tracking, but also significantly increases the accuracy of the tracking trajectories of the vehicles on roads evaluated both in the presence and absence of ground truths.