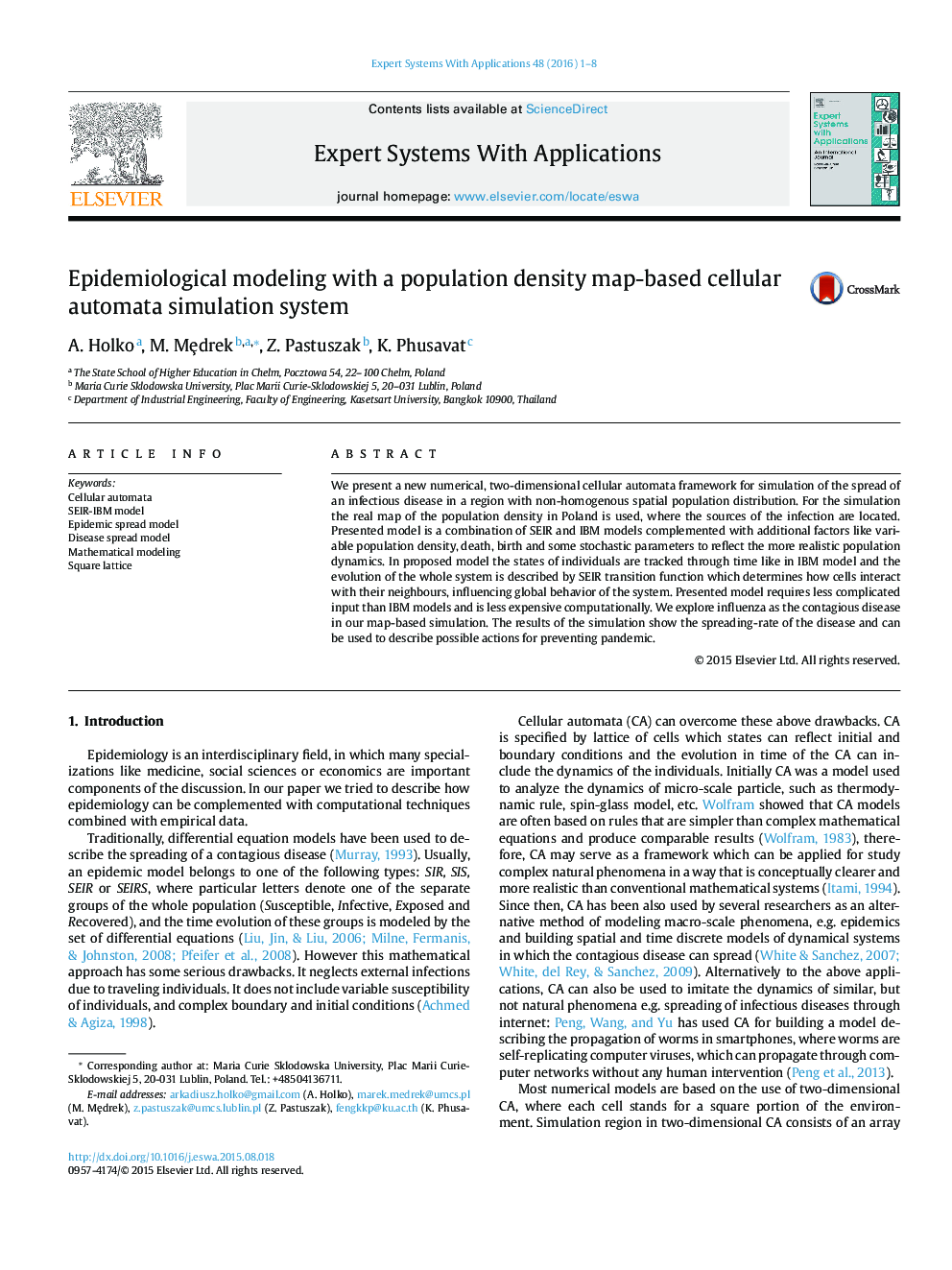 • We proposed a new cellular automata framework for epidemic simulation.
• We analyze the dynamic of the disease for real geographical and demographic data.
• We introduce parameters which reflects the dynamics of the population.
• The results show the influence of individuals mobility on the disease spreading.
• We use SEIR-IBM model for the simulation.

We present a new numerical, two-dimensional cellular automata framework for simulation of the spread of an infectious disease in a region with non-homogenous spatial population distribution. For the simulation the real map of the population density in Poland is used, where the sources of the infection are located. Presented model is a combination of SEIR and IBM models complemented with additional factors like variable population density, death, birth and some stochastic parameters to reflect the more realistic population dynamics. In proposed model the states of individuals are tracked through time like in IBM model and the evolution of the whole system is described by SEIR transition function which determines how cells interact with their neighbours, influencing global behavior of the system. Presented model requires less complicated input than IBM models and is less expensive computationally. We explore influenza as the contagious disease in our map-based simulation. The results of the simulation show the spreading-rate of the disease and can be used to describe possible actions for preventing pandemic.