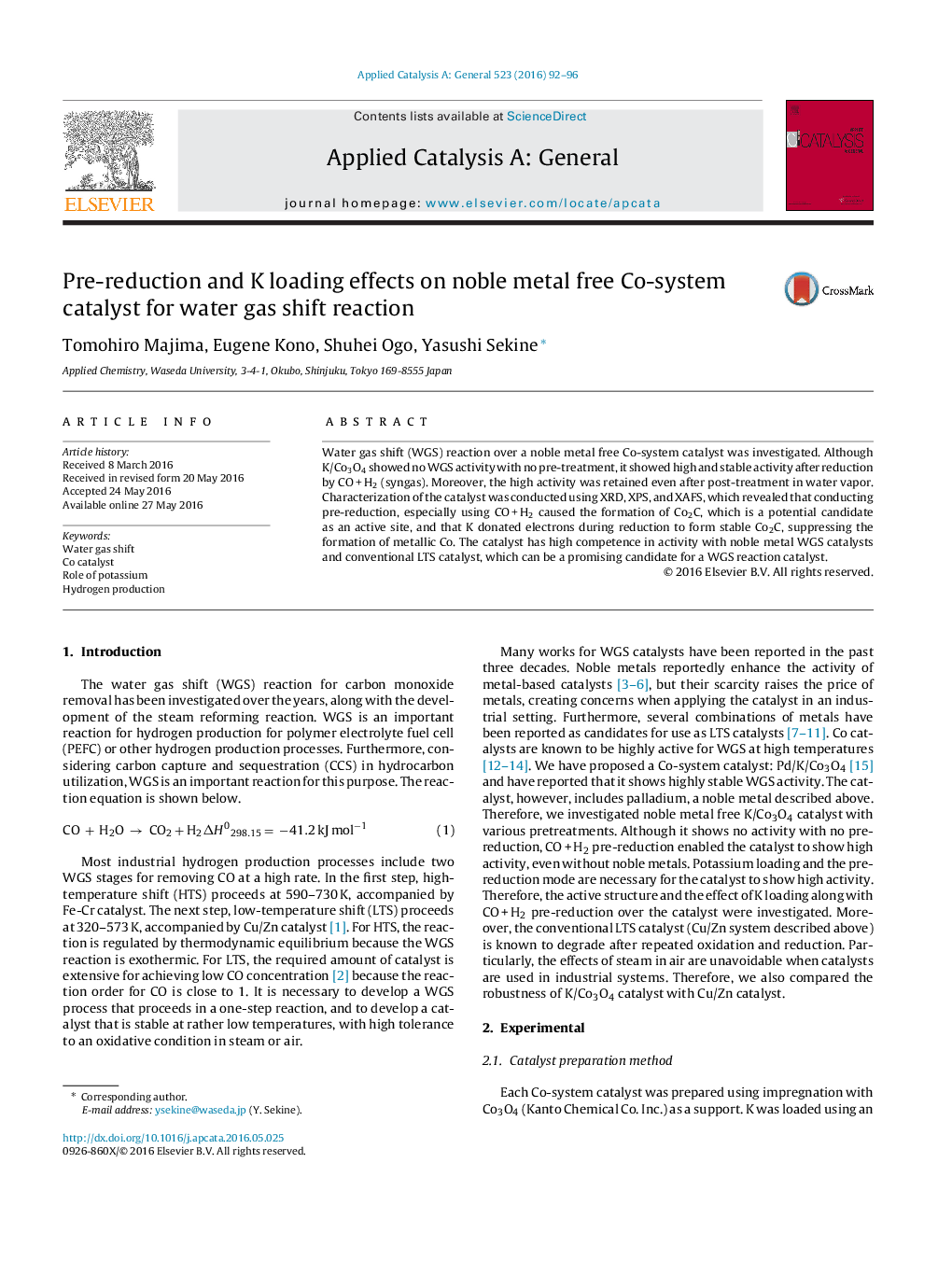 Water gas shift (WGS) reaction over a noble metal free Co-system catalyst was investigated. Although K/Co3O4 showed no WGS activity with no pre-treatment, it showed high and stable activity after reduction by CO + H2 (syngas). Moreover, the high activity was retained even after post-treatment in water vapor. Characterization of the catalyst was conducted using XRD, XPS, and XAFS, which revealed that conducting pre-reduction, especially using CO + H2 caused the formation of Co2C, which is a potential candidate as an active site, and that K donated electrons during reduction to form stable Co2C, suppressing the formation of metallic Co. The catalyst has high competence in activity with noble metal WGS catalysts and conventional LTS catalyst, which can be a promising candidate for a WGS reaction catalyst.