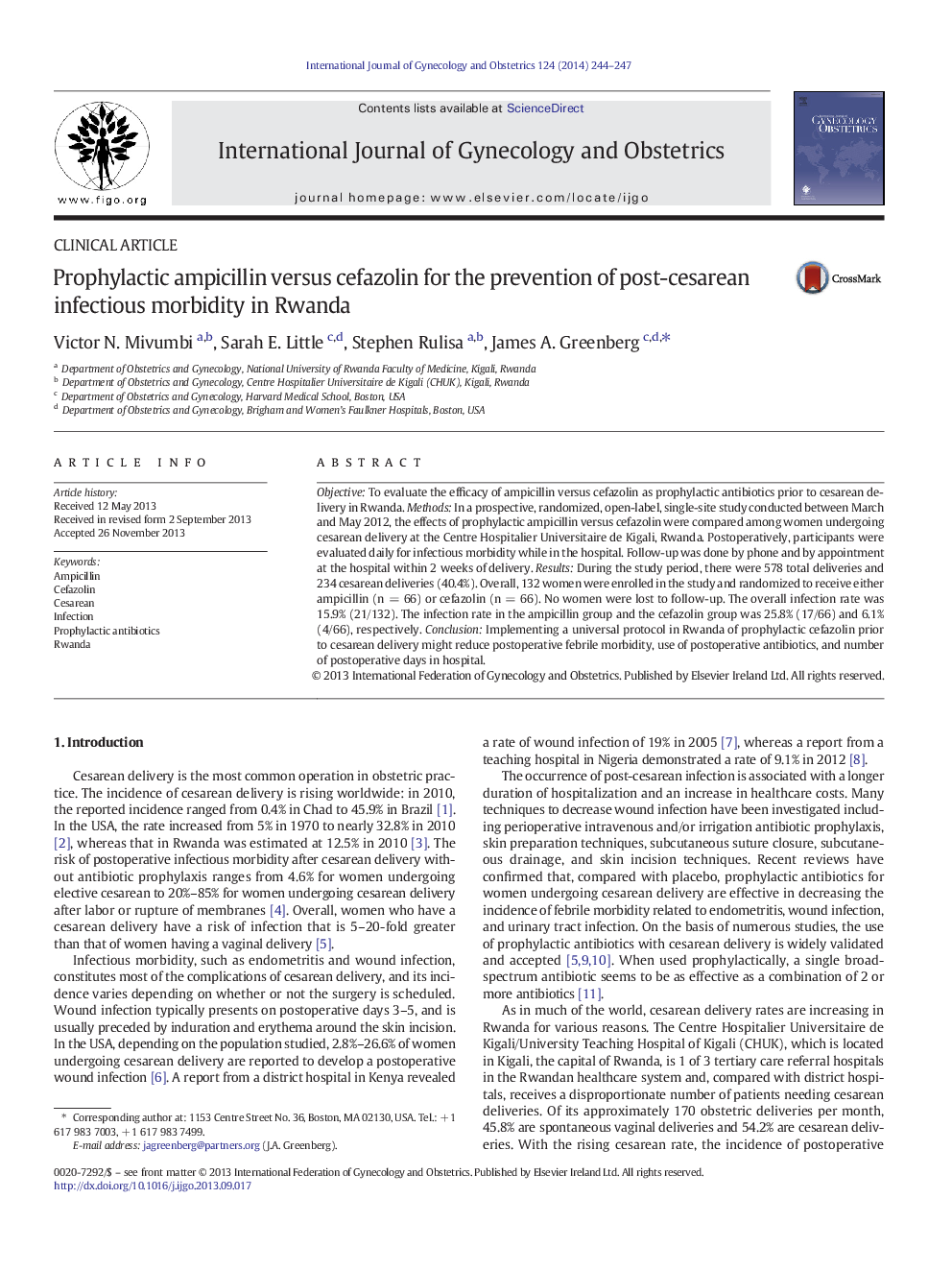 ObjectiveTo evaluate the efficacy of ampicillin versus cefazolin as prophylactic antibiotics prior to cesarean delivery in Rwanda.MethodsIn a prospective, randomized, open-label, single-site study conducted between March and May 2012, the effects of prophylactic ampicillin versus cefazolin were compared among women undergoing cesarean delivery at the Centre Hospitalier Universitaire de Kigali, Rwanda. Postoperatively, participants were evaluated daily for infectious morbidity while in the hospital. Follow-up was done by phone and by appointment at the hospital within 2 weeks of delivery.ResultsDuring the study period, there were 578 total deliveries and 234 cesarean deliveries (40.4%). Overall, 132 women were enrolled in the study and randomized to receive either ampicillin (n = 66) or cefazolin (n = 66). No women were lost to follow-up. The overall infection rate was 15.9% (21/132). The infection rate in the ampicillin group and the cefazolin group was 25.8% (17/66) and 6.1% (4/66), respectively.ConclusionImplementing a universal protocol in Rwanda of prophylactic cefazolin prior to cesarean delivery might reduce postoperative febrile morbidity, use of postoperative antibiotics, and number of postoperative days in hospital.