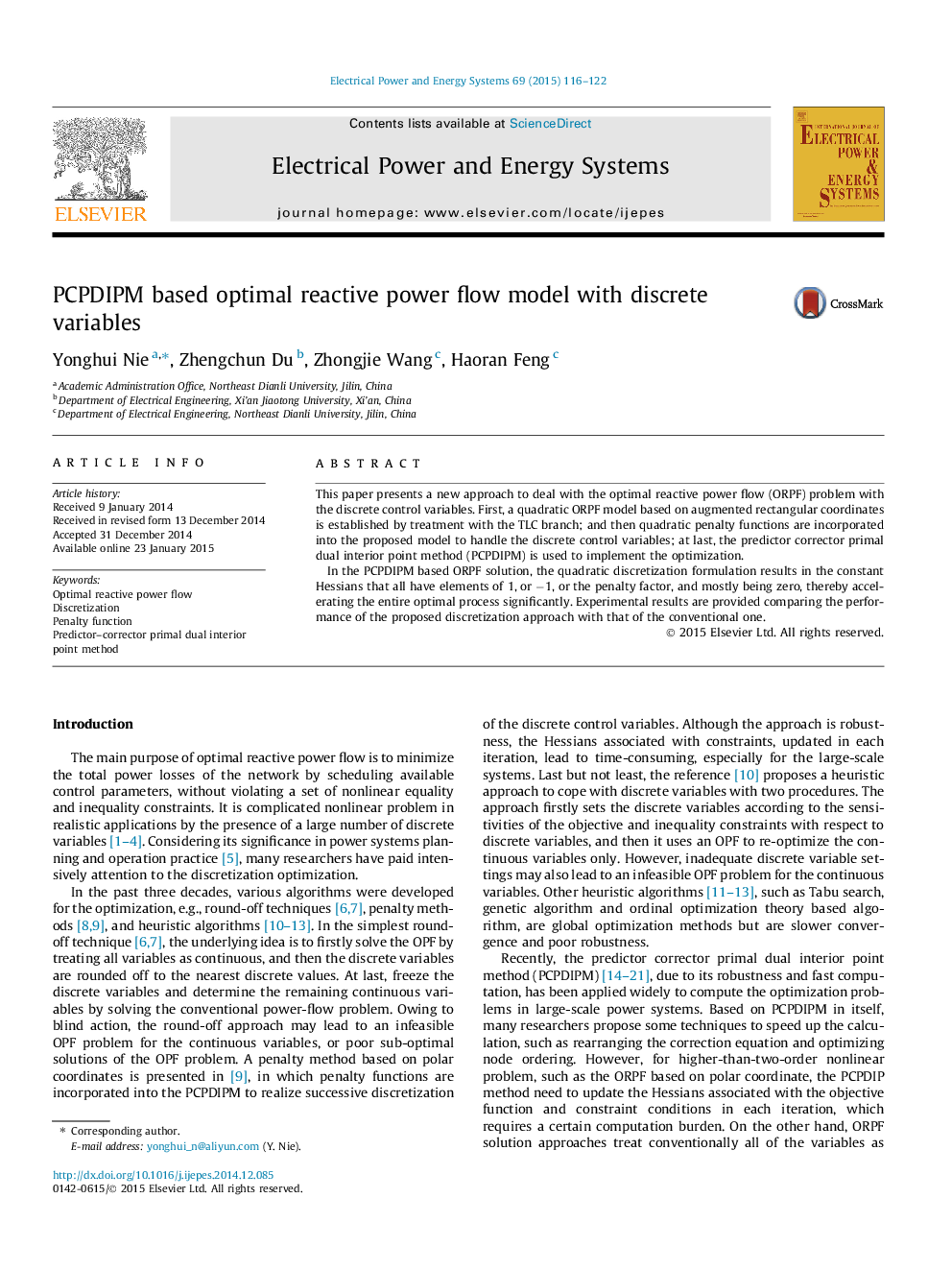 • Results in the constant Hessians, thereby accelerating the convergence.
• Only need assignment or subtraction operations to form the full Hessian.
• Has a great decrease in the number of iterations for the late introduction time.
• Program easily in implementation.
• Decrease significantly in the total time, compared with the conventional approach.

This paper presents a new approach to deal with the optimal reactive power flow (ORPF) problem with the discrete control variables. First, a quadratic ORPF model based on augmented rectangular coordinates is established by treatment with the TLC branch; and then quadratic penalty functions are incorporated into the proposed model to handle the discrete control variables; at last, the predictor corrector primal dual interior point method (PCPDIPM) is used to implement the optimization.In the PCPDIPM based ORPF solution, the quadratic discretization formulation results in the constant Hessians that all have elements of 1, or −1, or the penalty factor, and mostly being zero, thereby accelerating the entire optimal process significantly. Experimental results are provided comparing the performance of the proposed discretization approach with that of the conventional one.