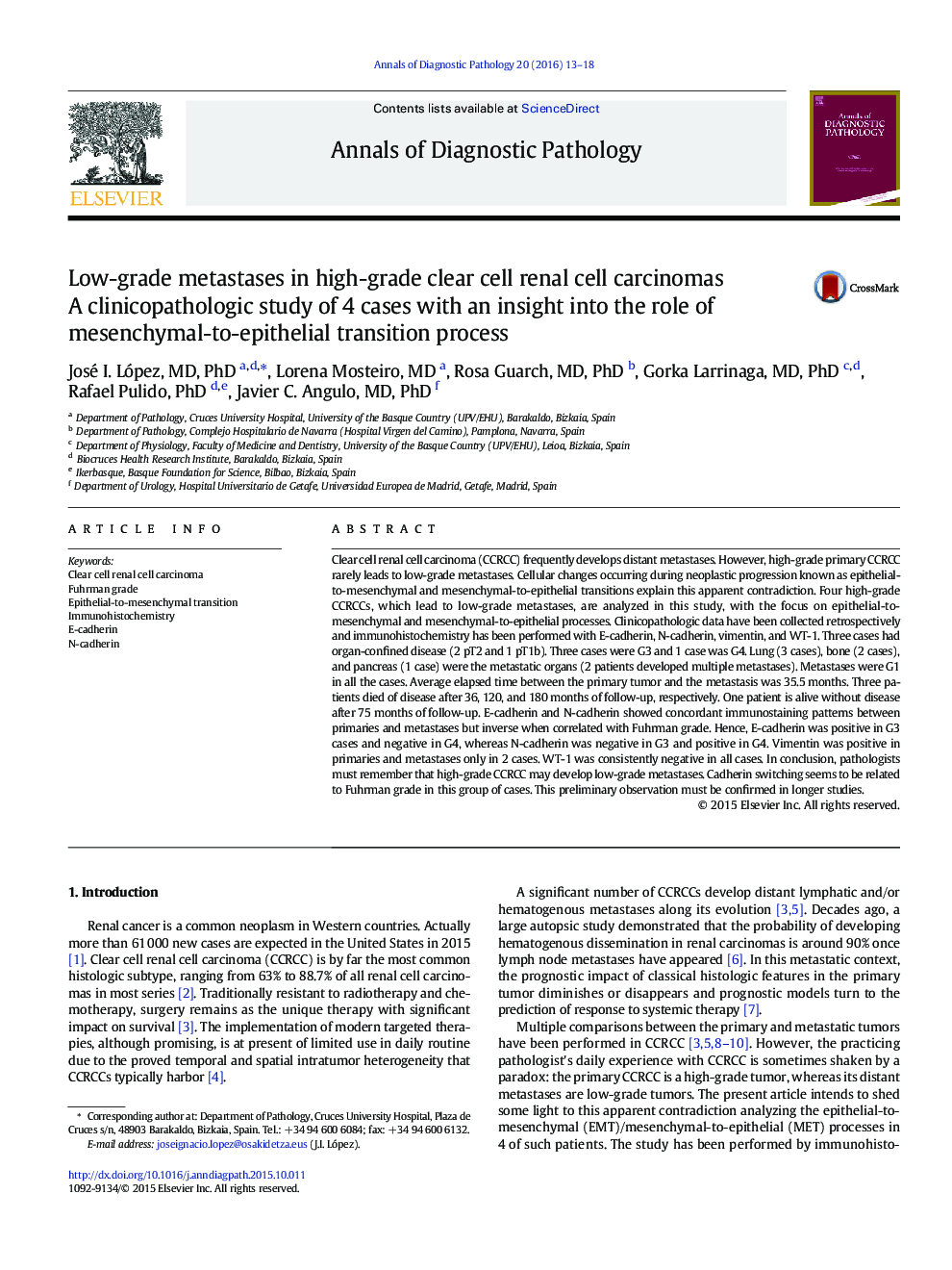 Clear cell renal cell carcinoma (CCRCC) frequently develops distant metastases. However, high-grade primary CCRCC rarely leads to low-grade metastases. Cellular changes occurring during neoplastic progression known as epithelial-to-mesenchymal and mesenchymal-to-epithelial transitions explain this apparent contradiction. Four high-grade CCRCCs, which lead to low-grade metastases, are analyzed in this study, with the focus on epithelial-to-mesenchymal and mesenchymal-to-epithelial processes. Clinicopathologic data have been collected retrospectively and immunohistochemistry has been performed with E-cadherin, N-cadherin, vimentin, and WT-1. Three cases had organ-confined disease (2 pT2 and 1 pT1b). Three cases were G3 and 1 case was G4. Lung (3 cases), bone (2 cases), and pancreas (1 case) were the metastatic organs (2 patients developed multiple metastases). Metastases were G1 in all the cases. Average elapsed time between the primary tumor and the metastasis was 35.5 months. Three patients died of disease after 36, 120, and 180 months of follow-up, respectively. One patient is alive without disease after 75 months of follow-up. E-cadherin and N-cadherin showed concordant immunostaining patterns between primaries and metastases but inverse when correlated with Fuhrman grade. Hence, E-cadherin was positive in G3 cases and negative in G4, whereas N-cadherin was negative in G3 and positive in G4. Vimentin was positive in primaries and metastases only in 2 cases. WT-1 was consistently negative in all cases. In conclusion, pathologists must remember that high-grade CCRCC may develop low-grade metastases. Cadherin switching seems to be related to Fuhrman grade in this group of cases. This preliminary observation must be confirmed in longer studies.