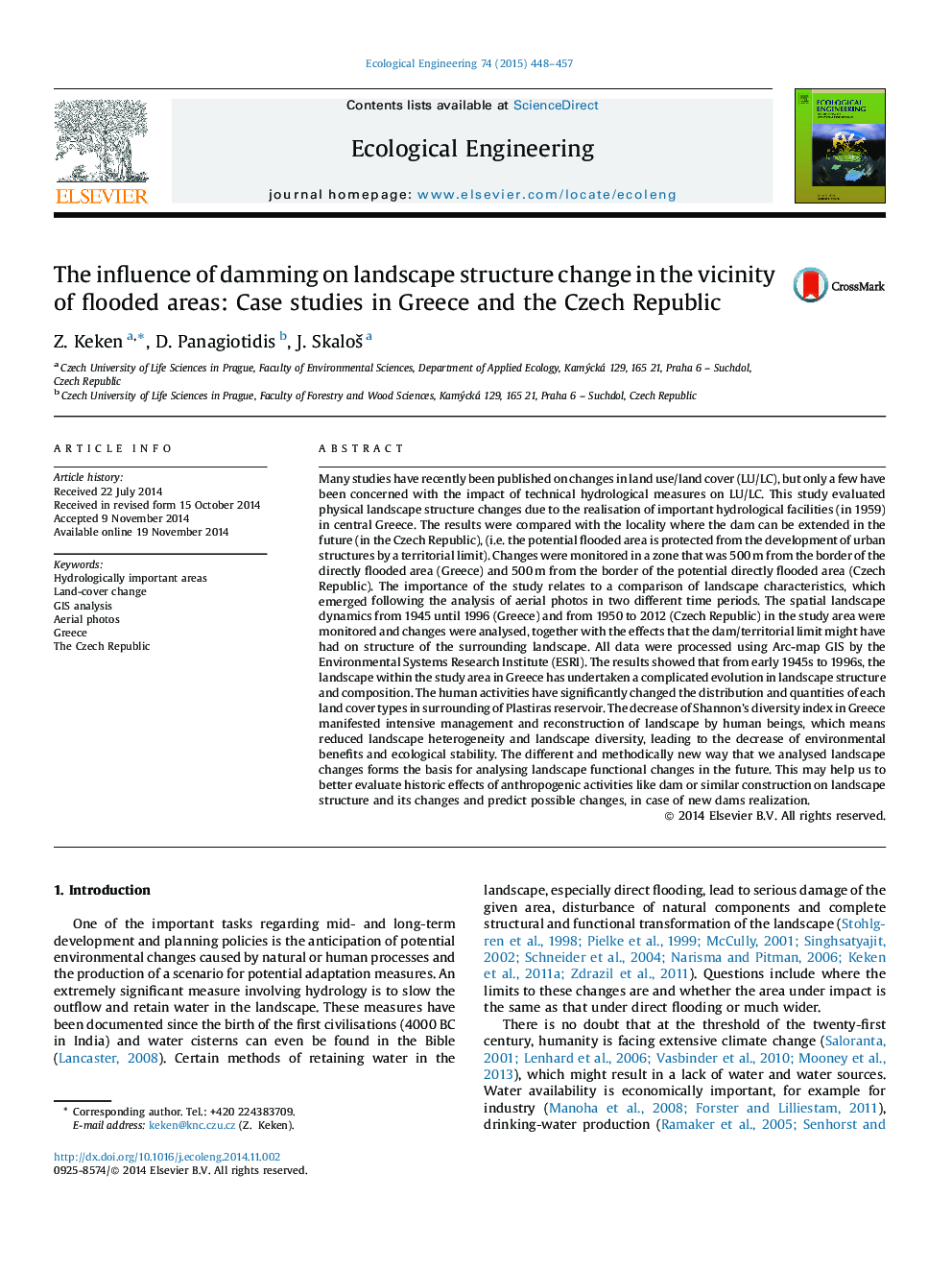 Many studies have recently been published on changes in land use/land cover (LU/LC), but only a few have been concerned with the impact of technical hydrological measures on LU/LC. This study evaluated physical landscape structure changes due to the realisation of important hydrological facilities (in 1959) in central Greece. The results were compared with the locality where the dam can be extended in the future (in the Czech Republic), (i.e. the potential flooded area is protected from the development of urban structures by a territorial limit). Changes were monitored in a zone that was 500 m from the border of the directly flooded area (Greece) and 500 m from the border of the potential directly flooded area (Czech Republic). The importance of the study relates to a comparison of landscape characteristics, which emerged following the analysis of aerial photos in two different time periods. The spatial landscape dynamics from 1945 until 1996 (Greece) and from 1950 to 2012 (Czech Republic) in the study area were monitored and changes were analysed, together with the effects that the dam/territorial limit might have had on structure of the surrounding landscape. All data were processed using Arc-map GIS by the Environmental Systems Research Institute (ESRI). The results showed that from early 1945s to 1996s, the landscape within the study area in Greece has undertaken a complicated evolution in landscape structure and composition. The human activities have significantly changed the distribution and quantities of each land cover types in surrounding of Plastiras reservoir. The decrease of Shannon’s diversity index in Greece manifested intensive management and reconstruction of landscape by human beings, which means reduced landscape heterogeneity and landscape diversity, leading to the decrease of environmental benefits and ecological stability. The different and methodically new way that we analysed landscape changes forms the basis for analysing landscape functional changes in the future. This may help us to better evaluate historic effects of anthropogenic activities like dam or similar construction on landscape structure and its changes and predict possible changes, in case of new dams realization.