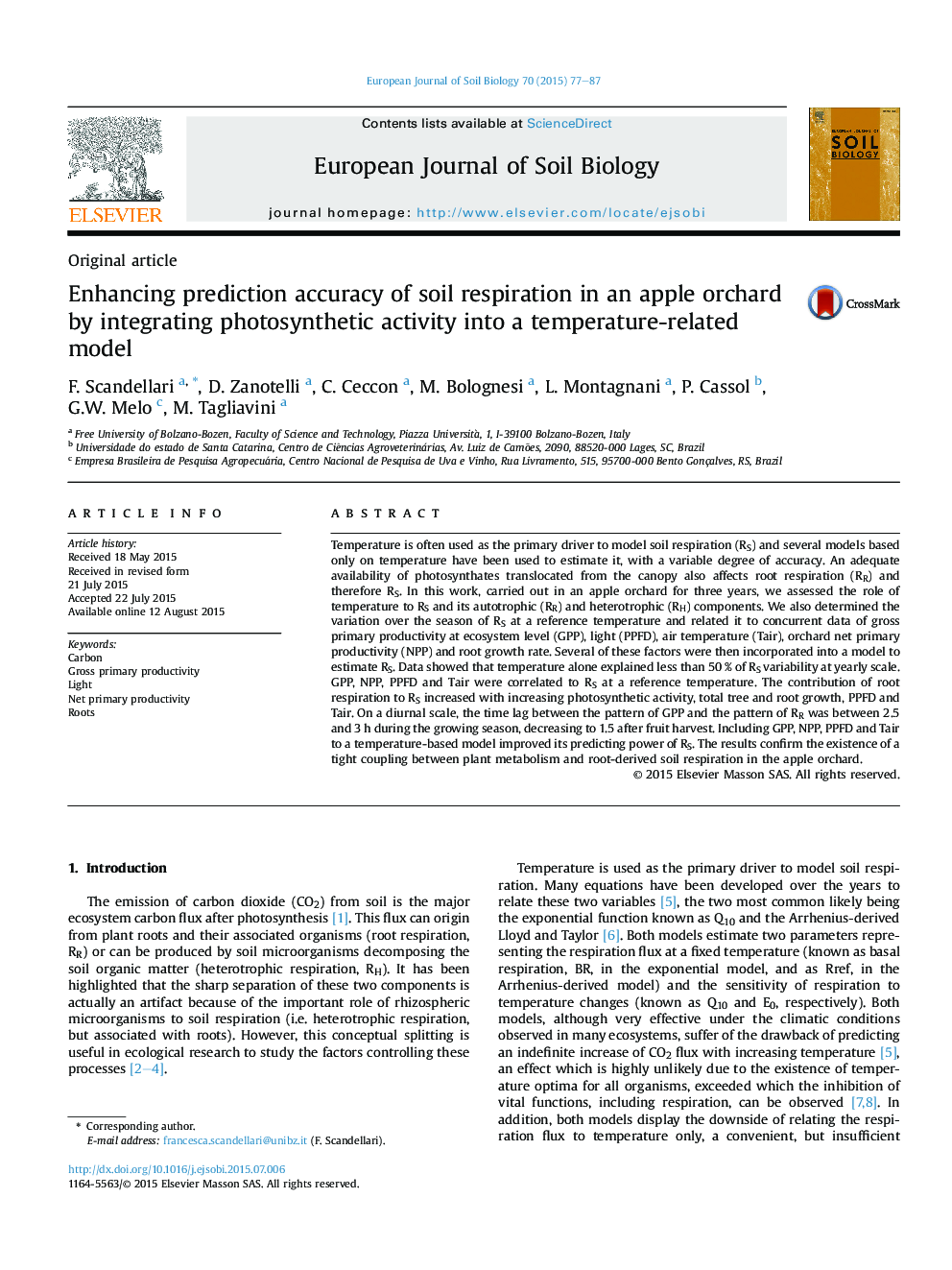 Temperature is often used as the primary driver to model soil respiration (RS) and several models based only on temperature have been used to estimate it, with a variable degree of accuracy. An adequate availability of photosynthates translocated from the canopy also affects root respiration (RR) and therefore RS. In this work, carried out in an apple orchard for three years, we assessed the role of temperature to RS and its autotrophic (RR) and heterotrophic (RH) components. We also determined the variation over the season of RS at a reference temperature and related it to concurrent data of gross primary productivity at ecosystem level (GPP), light (PPFD), air temperature (Tair), orchard net primary productivity (NPP) and root growth rate. Several of these factors were then incorporated into a model to estimate RS. Data showed that temperature alone explained less than 50 % of RS variability at yearly scale. GPP, NPP, PPFD and Tair were correlated to RS at a reference temperature. The contribution of root respiration to RS increased with increasing photosynthetic activity, total tree and root growth, PPFD and Tair. On a diurnal scale, the time lag between the pattern of GPP and the pattern of RR was between 2.5 and 3 h during the growing season, decreasing to 1.5 after fruit harvest. Including GPP, NPP, PPFD and Tair to a temperature-based model improved its predicting power of RS. The results confirm the existence of a tight coupling between plant metabolism and root-derived soil respiration in the apple orchard.