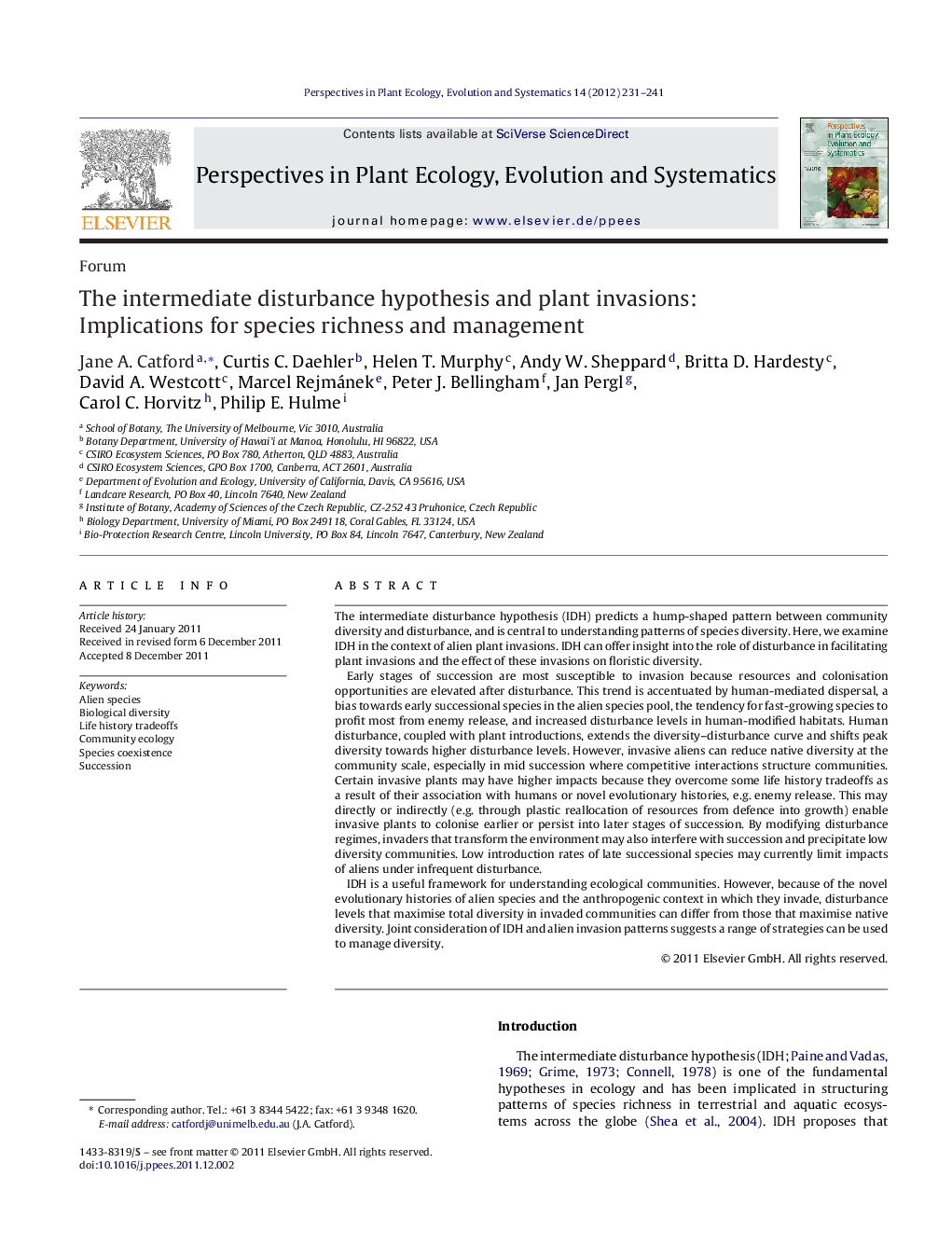 The intermediate disturbance hypothesis (IDH) predicts a hump-shaped pattern between community diversity and disturbance, and is central to understanding patterns of species diversity. Here, we examine IDH in the context of alien plant invasions. IDH can offer insight into the role of disturbance in facilitating plant invasions and the effect of these invasions on floristic diversity.Early stages of succession are most susceptible to invasion because resources and colonisation opportunities are elevated after disturbance. This trend is accentuated by human-mediated dispersal, a bias towards early successional species in the alien species pool, the tendency for fast-growing species to profit most from enemy release, and increased disturbance levels in human-modified habitats. Human disturbance, coupled with plant introductions, extends the diversity–disturbance curve and shifts peak diversity towards higher disturbance levels. However, invasive aliens can reduce native diversity at the community scale, especially in mid succession where competitive interactions structure communities. Certain invasive plants may have higher impacts because they overcome some life history tradeoffs as a result of their association with humans or novel evolutionary histories, e.g. enemy release. This may directly or indirectly (e.g. through plastic reallocation of resources from defence into growth) enable invasive plants to colonise earlier or persist into later stages of succession. By modifying disturbance regimes, invaders that transform the environment may also interfere with succession and precipitate low diversity communities. Low introduction rates of late successional species may currently limit impacts of aliens under infrequent disturbance.IDH is a useful framework for understanding ecological communities. However, because of the novel evolutionary histories of alien species and the anthropogenic context in which they invade, disturbance levels that maximise total diversity in invaded communities can differ from those that maximise native diversity. Joint consideration of IDH and alien invasion patterns suggests a range of strategies can be used to manage diversity.