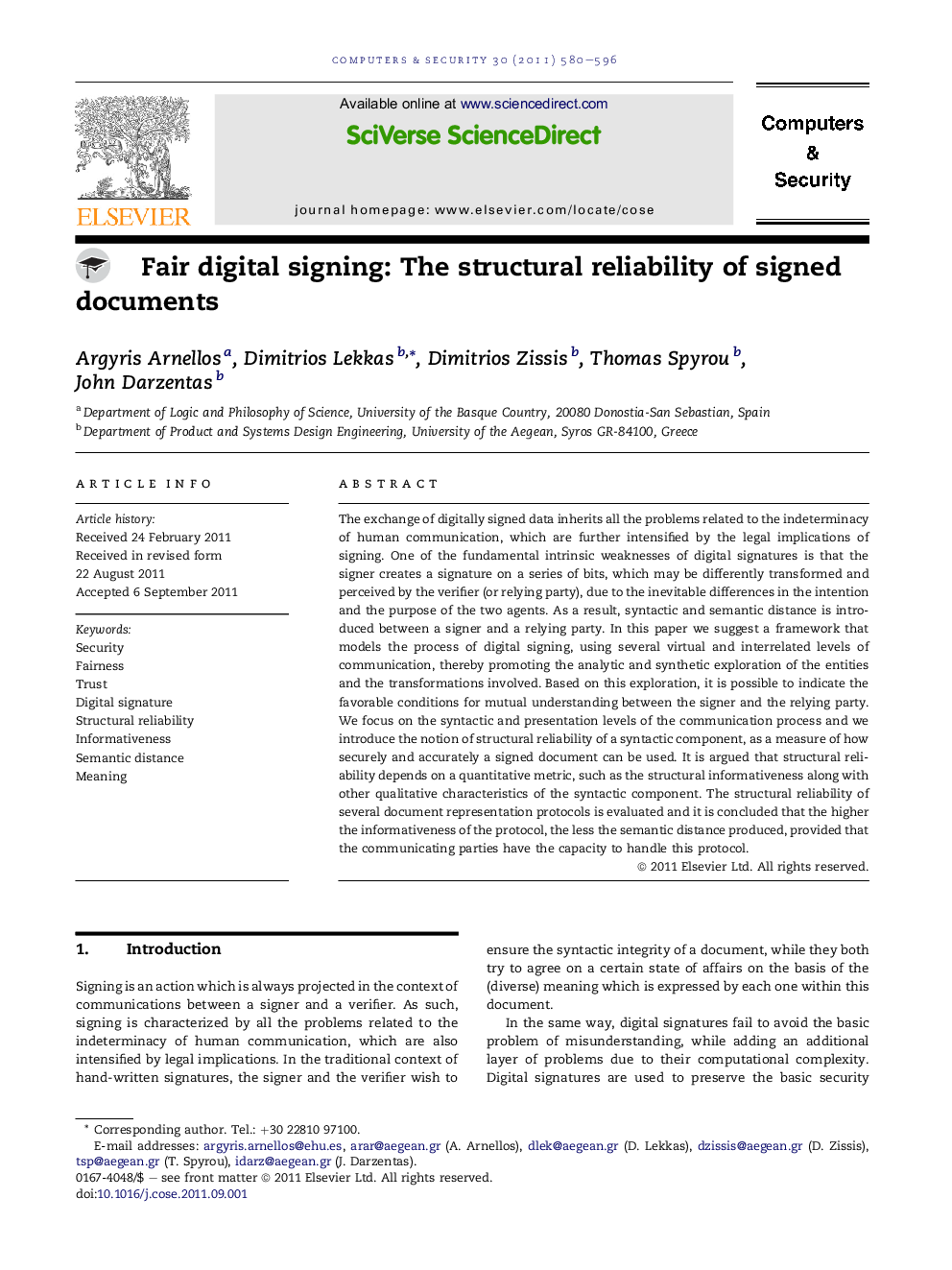 The exchange of digitally signed data inherits all the problems related to the indeterminacy of human communication, which are further intensified by the legal implications of signing. One of the fundamental intrinsic weaknesses of digital signatures is that the signer creates a signature on a series of bits, which may be differently transformed and perceived by the verifier (or relying party), due to the inevitable differences in the intention and the purpose of the two agents. As a result, syntactic and semantic distance is introduced between a signer and a relying party. In this paper we suggest a framework that models the process of digital signing, using several virtual and interrelated levels of communication, thereby promoting the analytic and synthetic exploration of the entities and the transformations involved. Based on this exploration, it is possible to indicate the favorable conditions for mutual understanding between the signer and the relying party. We focus on the syntactic and presentation levels of the communication process and we introduce the notion of structural reliability of a syntactic component, as a measure of how securely and accurately a signed document can be used. It is argued that structural reliability depends on a quantitative metric, such as the structural informativeness along with other qualitative characteristics of the syntactic component. The structural reliability of several document representation protocols is evaluated and it is concluded that the higher the informativeness of the protocol, the less the semantic distance produced, provided that the communicating parties have the capacity to handle this protocol.