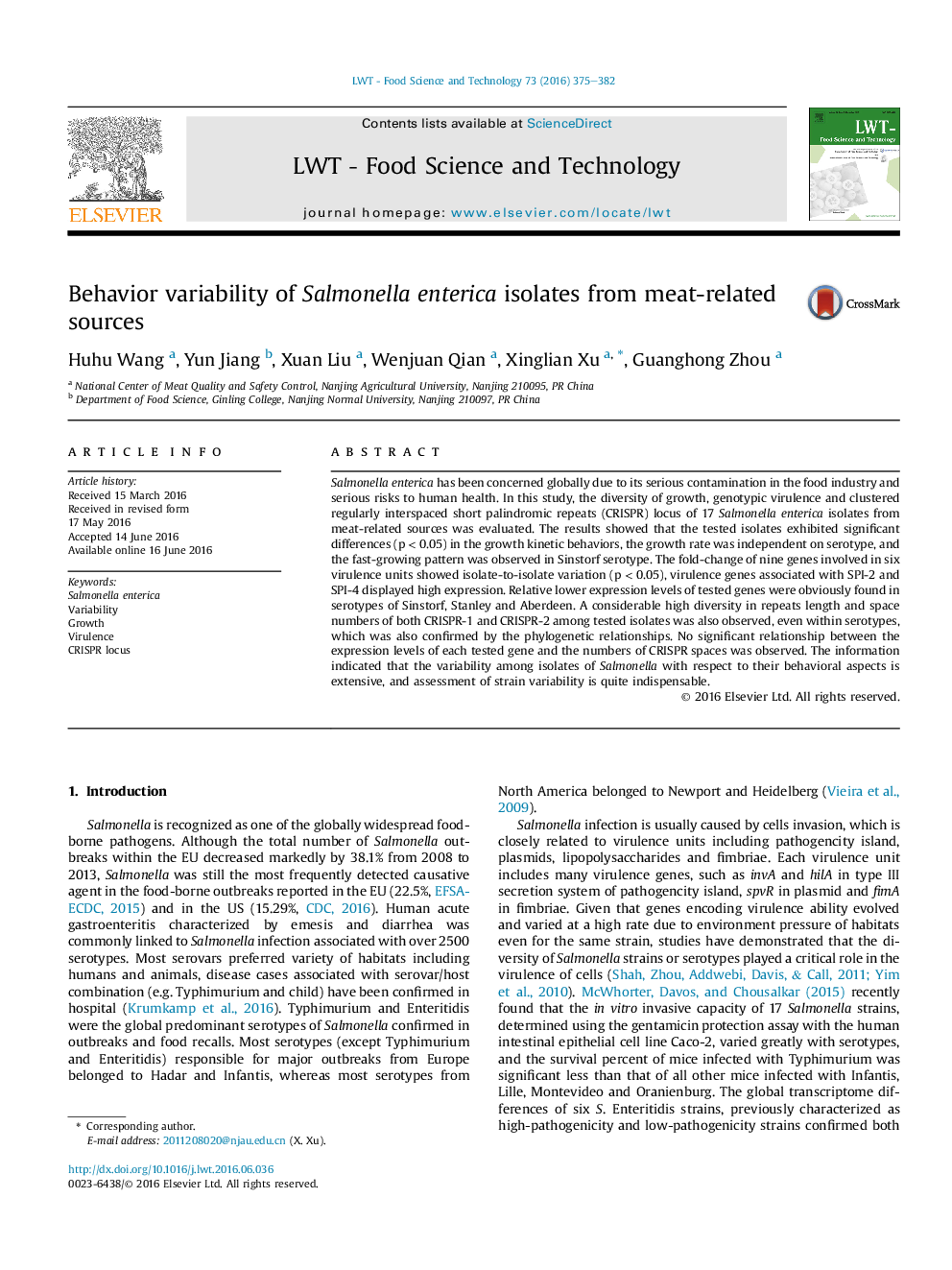 Salmonella enterica has been concerned globally due to its serious contamination in the food industry and serious risks to human health. In this study, the diversity of growth, genotypic virulence and clustered regularly interspaced short palindromic repeats (CRISPR) locus of 17 Salmonella enterica isolates from meat-related sources was evaluated. The results showed that the tested isolates exhibited significant differences (p < 0.05) in the growth kinetic behaviors, the growth rate was independent on serotype, and the fast-growing pattern was observed in Sinstorf serotype. The fold-change of nine genes involved in six virulence units showed isolate-to-isolate variation (p < 0.05), virulence genes associated with SPI-2 and SPI-4 displayed high expression. Relative lower expression levels of tested genes were obviously found in serotypes of Sinstorf, Stanley and Aberdeen. A considerable high diversity in repeats length and space numbers of both CRISPR-1 and CRISPR-2 among tested isolates was also observed, even within serotypes, which was also confirmed by the phylogenetic relationships. No significant relationship between the expression levels of each tested gene and the numbers of CRISPR spaces was observed. The information indicated that the variability among isolates of Salmonella with respect to their behavioral aspects is extensive, and assessment of strain variability is quite indispensable.