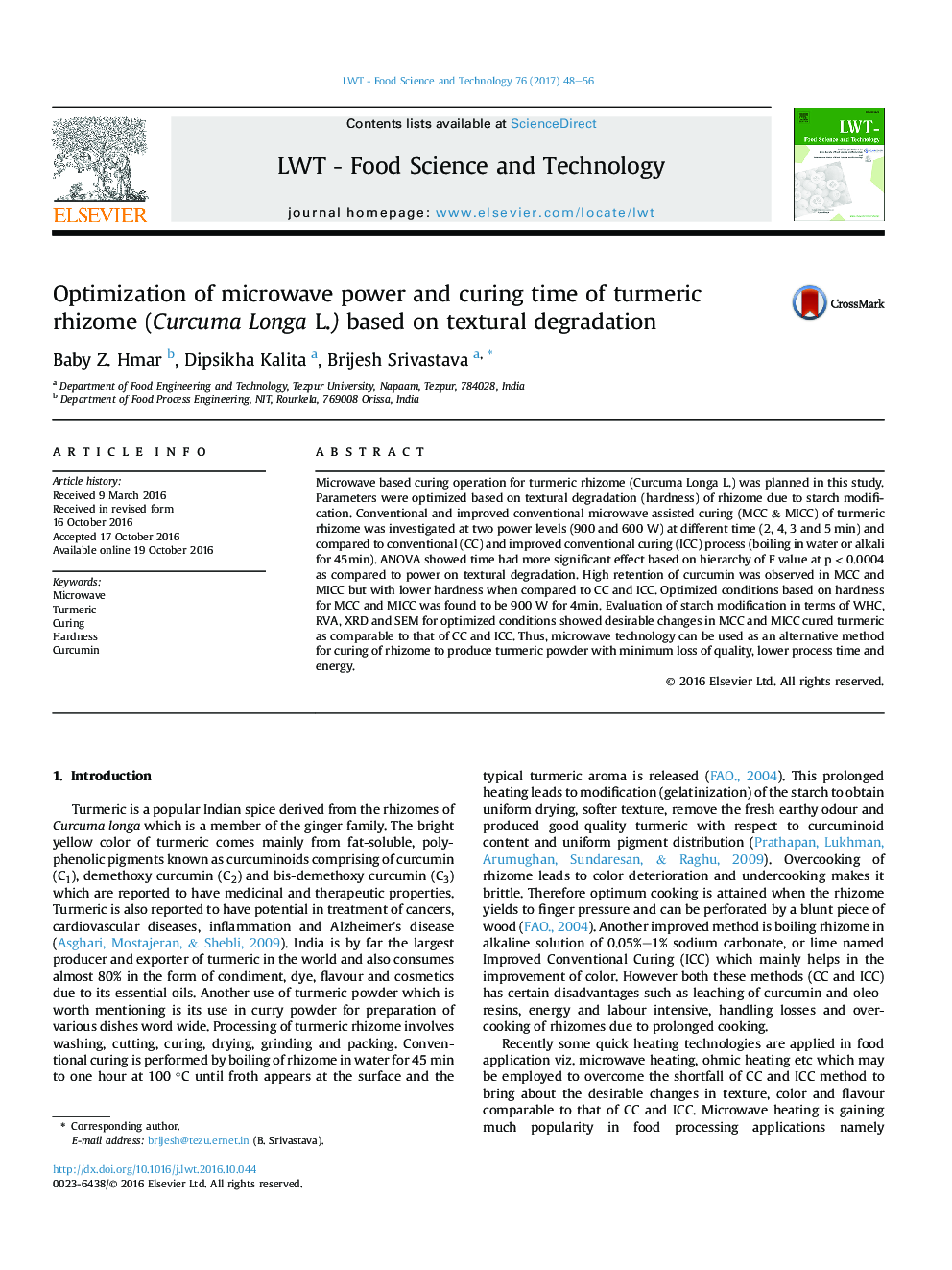 Microwave based curing operation for turmeric rhizome (Curcuma Longa L.) was planned in this study. Parameters were optimized based on textural degradation (hardness) of rhizome due to starch modification. Conventional and improved conventional microwave assisted curing (MCC & MICC) of turmeric rhizome was investigated at two power levels (900 and 600 W) at different time (2, 4, 3 and 5 min) and compared to conventional (CC) and improved conventional curing (ICC) process (boiling in water or alkali for 45min). ANOVA showed time had more significant effect based on hierarchy of F value at p < 0.0004 as compared to power on textural degradation. High retention of curcumin was observed in MCC and MICC but with lower hardness when compared to CC and ICC. Optimized conditions based on hardness for MCC and MICC was found to be 900 W for 4min. Evaluation of starch modification in terms of WHC, RVA, XRD and SEM for optimized conditions showed desirable changes in MCC and MICC cured turmeric as comparable to that of CC and ICC. Thus, microwave technology can be used as an alternative method for curing of rhizome to produce turmeric powder with minimum loss of quality, lower process time and energy.