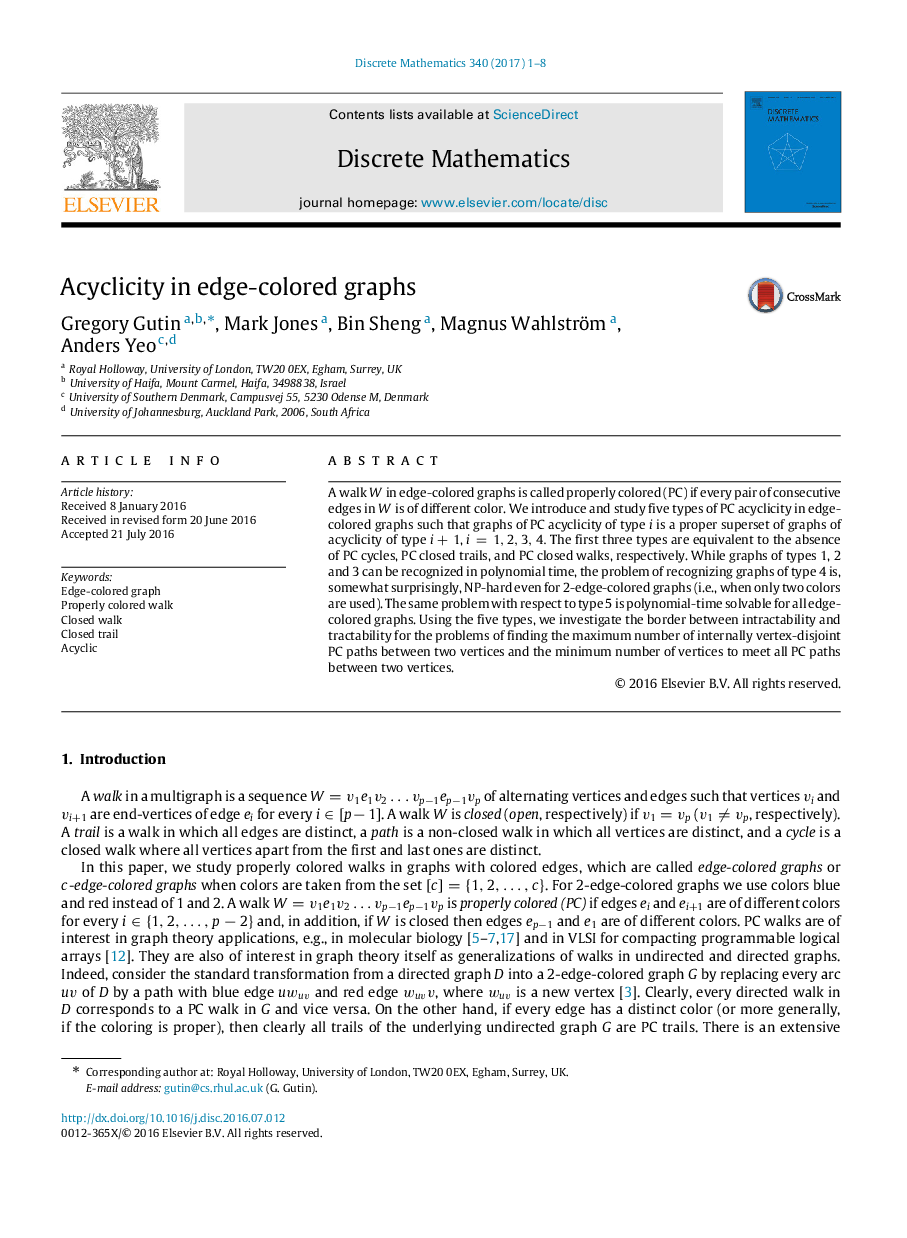 A walk WW in edge-colored graphs is called properly colored (PC) if every pair of consecutive edges in WW is of different color. We introduce and study five types of PC acyclicity in edge-colored graphs such that graphs of PC acyclicity of type ii is a proper superset of graphs of acyclicity of type i+1i+1, i=1,2,3,4.i=1,2,3,4. The first three types are equivalent to the absence of PC cycles, PC closed trails, and PC closed walks, respectively. While graphs of types 1, 2 and 3 can be recognized in polynomial time, the problem of recognizing graphs of type 4 is, somewhat surprisingly, NP-hard even for 2-edge-colored graphs (i.e., when only two colors are used). The same problem with respect to type 5 is polynomial-time solvable for all edge-colored graphs. Using the five types, we investigate the border between intractability and tractability for the problems of finding the maximum number of internally vertex-disjoint PC paths between two vertices and the minimum number of vertices to meet all PC paths between two vertices.