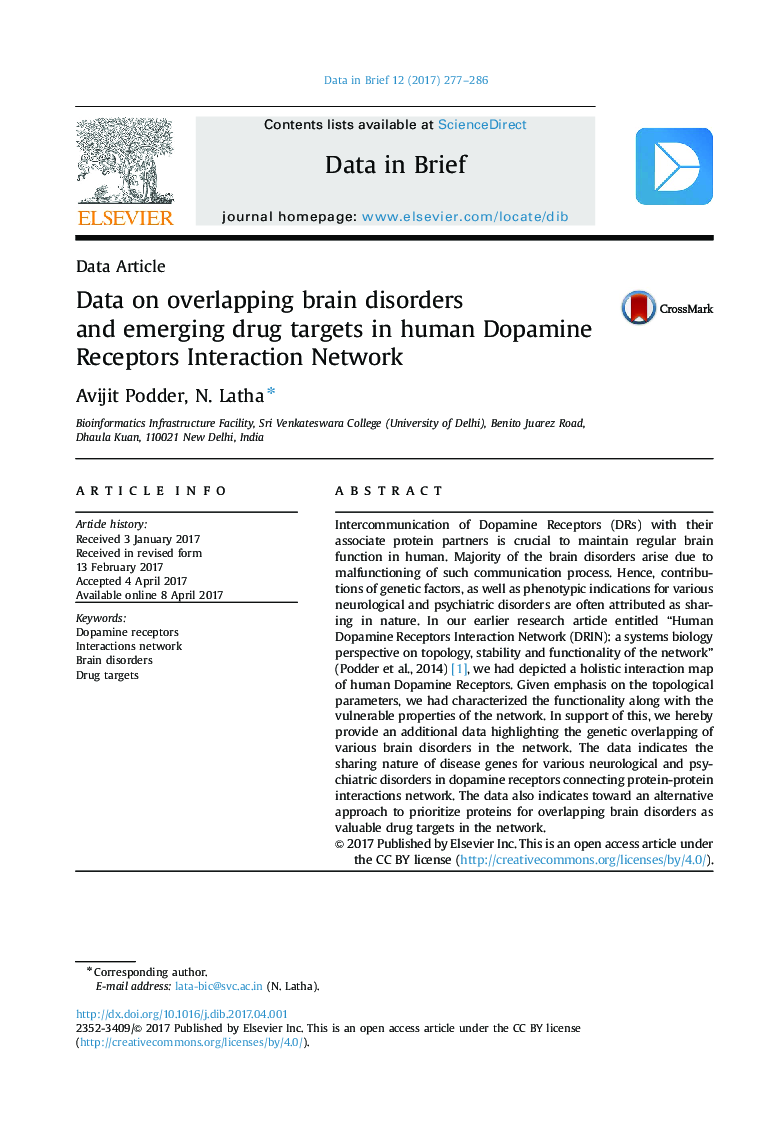 Intercommunication of Dopamine Receptors (DRs) with their associate protein partners is crucial to maintain regular brain function in human. Majority of the brain disorders arise due to malfunctioning of such communication process. Hence, contributions of genetic factors, as well as phenotypic indications for various neurological and psychiatric disorders are often attributed as sharing in nature. In our earlier research article entitled “Human Dopamine Receptors Interaction Network (DRIN): a systems biology perspective on topology, stability and functionality of the network” (Podder et al., 2014) [1], we had depicted a holistic interaction map of human Dopamine Receptors. Given emphasis on the topological parameters, we had characterized the functionality along with the vulnerable properties of the network. In support of this, we hereby provide an additional data highlighting the genetic overlapping of various brain disorders in the network. The data indicates the sharing nature of disease genes for various neurological and psychiatric disorders in dopamine receptors connecting protein-protein interactions network. The data also indicates toward an alternative approach to prioritize proteins for overlapping brain disorders as valuable drug targets in the network.