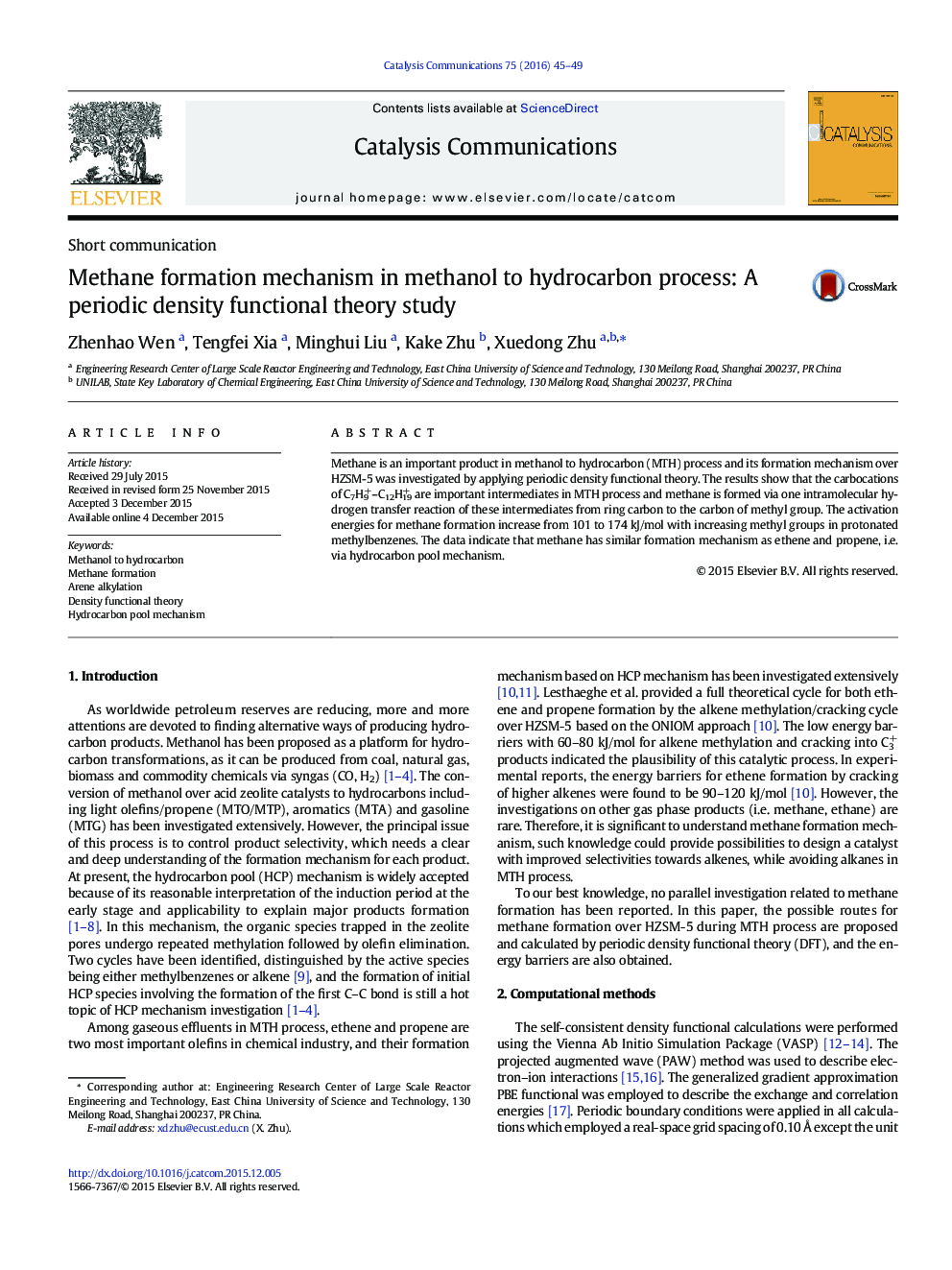 • Methane formation from C7H9+ to C12H19+ in MTH process have been investigated.
• Methane is formed via H transfer from ring carbon to the carbon of methyl group.
• The formation of methane can be interpreted by hydrocarbon pool mechanism.
• The calculated energy barriers for methane formation vary from 101 to 174 kJ/mol.

Methane is an important product in methanol to hydrocarbon (MTH) process and its formation mechanism over HZSM-5 was investigated by applying periodic density functional theory. The results show that the carbocations of C7H9+–C12H19+ are important intermediates in MTH process and methane is formed via one intramolecular hydrogen transfer reaction of these intermediates from ring carbon to the carbon of methyl group. The activation energies for methane formation increase from 101 to 174 kJ/mol with increasing methyl groups in protonated methylbenzenes. The data indicate that methane has similar formation mechanism as ethene and propene, i.e. via hydrocarbon pool mechanism.