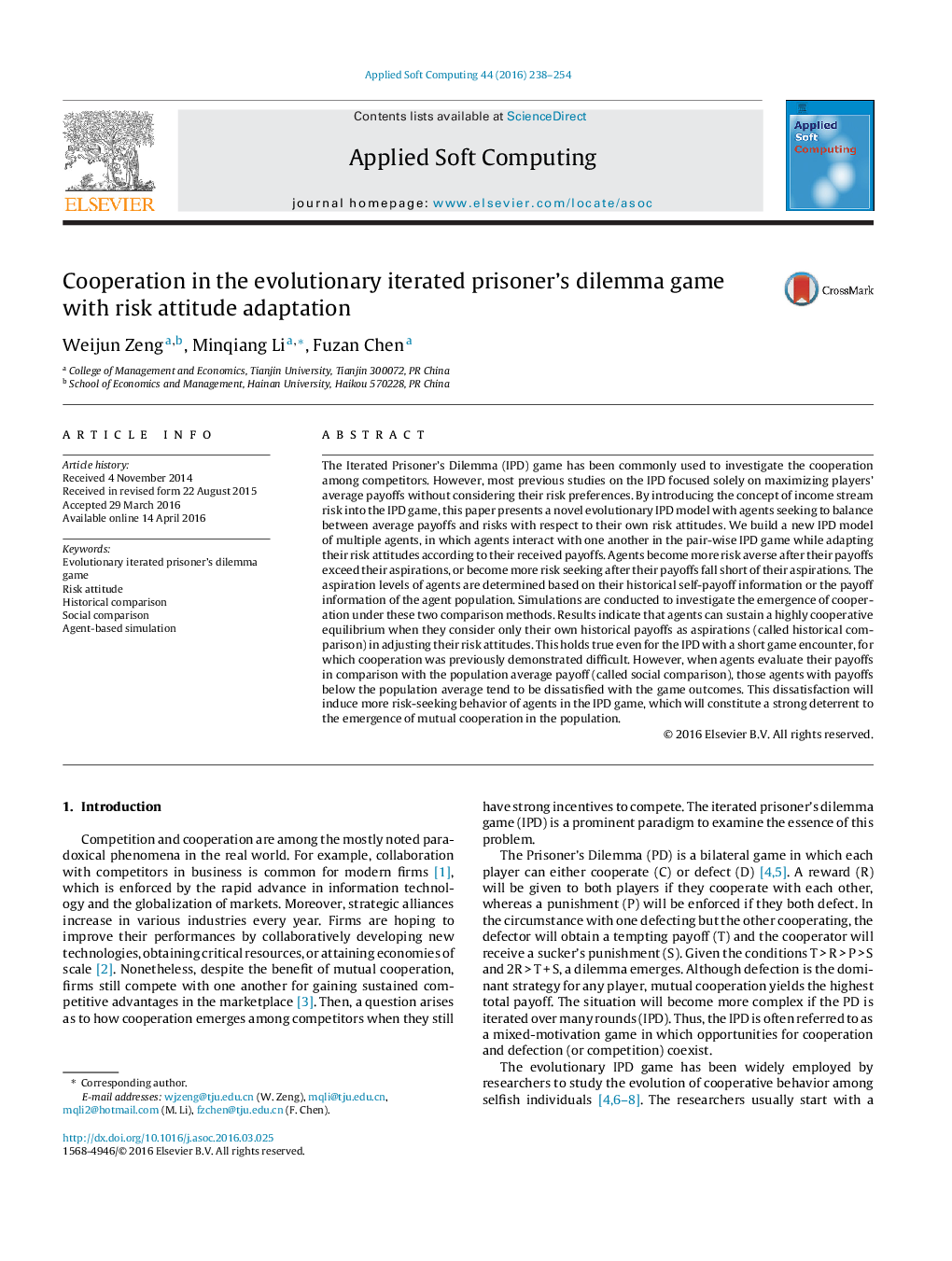 • A new IPD model of multiple agents with adaptive risk attitudes was built.
• A coevolutionary learning model was designed for a population of adaptive players.
• Aspirations of agents were determined based on historical or social comparisons.
• Agents sustain high-level cooperation under historical comparison in simulation.
• Social comparison makes agents become risk-seeking and uncooperative in the IPD.

The Iterated Prisoner’s Dilemma (IPD) game has been commonly used to investigate the cooperation among competitors. However, most previous studies on the IPD focused solely on maximizing players’ average payoffs without considering their risk preferences. By introducing the concept of income stream risk into the IPD game, this paper presents a novel evolutionary IPD model with agents seeking to balance between average payoffs and risks with respect to their own risk attitudes. We build a new IPD model of multiple agents, in which agents interact with one another in the pair-wise IPD game while adapting their risk attitudes according to their received payoffs. Agents become more risk averse after their payoffs exceed their aspirations, or become more risk seeking after their payoffs fall short of their aspirations. The aspiration levels of agents are determined based on their historical self-payoff information or the payoff information of the agent population. Simulations are conducted to investigate the emergence of cooperation under these two comparison methods. Results indicate that agents can sustain a highly cooperative equilibrium when they consider only their own historical payoffs as aspirations (called historical comparison) in adjusting their risk attitudes. This holds true even for the IPD with a short game encounter, for which cooperation was previously demonstrated difficult. However, when agents evaluate their payoffs in comparison with the population average payoff (called social comparison), those agents with payoffs below the population average tend to be dissatisfied with the game outcomes. This dissatisfaction will induce more risk-seeking behavior of agents in the IPD game, which will constitute a strong deterrent to the emergence of mutual cooperation in the population.