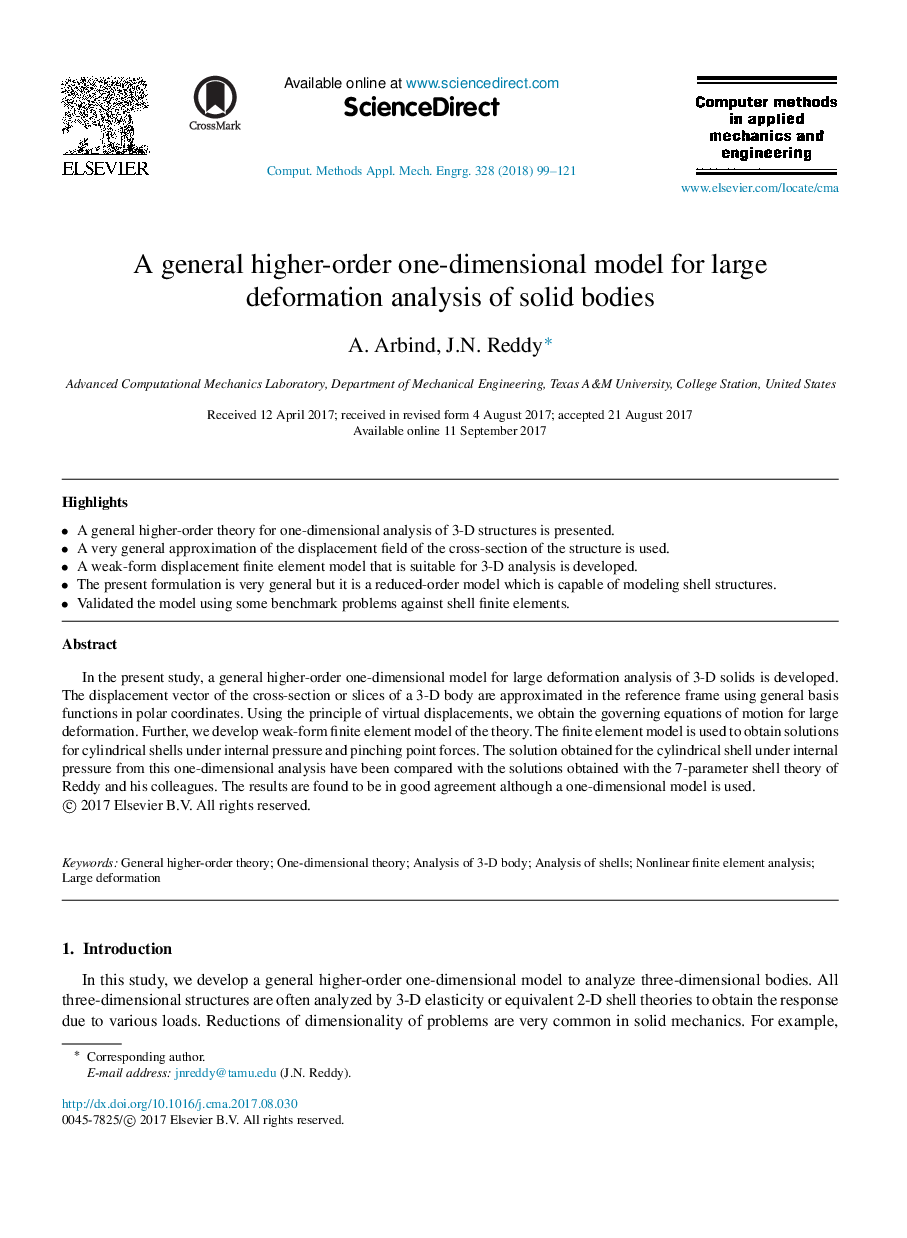 
- A general higher-order theory for one-dimensional analysis of 3-D structures is presented.
- A very general approximation of the displacement field of the cross-section of the structure is used.
- A weak-form displacement finite element model that is suitable for 3-D analysis is developed.
- The present formulation is very general but it is a reduced-order model which is capable of modeling shell structures.
- Validated the model using some benchmark problems against shell finite elements.

In the present study, a general higher-order one-dimensional model for large deformation analysis of 3-D solids is developed. The displacement vector of the cross-section or slices of a 3-D body are approximated in the reference frame using general basis functions in polar coordinates. Using the principle of virtual displacements, we obtain the governing equations of motion for large deformation. Further, we develop weak-form finite element model of the theory. The finite element model is used to obtain solutions for cylindrical shells under internal pressure and pinching point forces. The solution obtained for the cylindrical shell under internal pressure from this one-dimensional analysis have been compared with the solutions obtained with the 7-parameter shell theory of Reddy and his colleagues. The results are found to be in good agreement although a one-dimensional model is used.