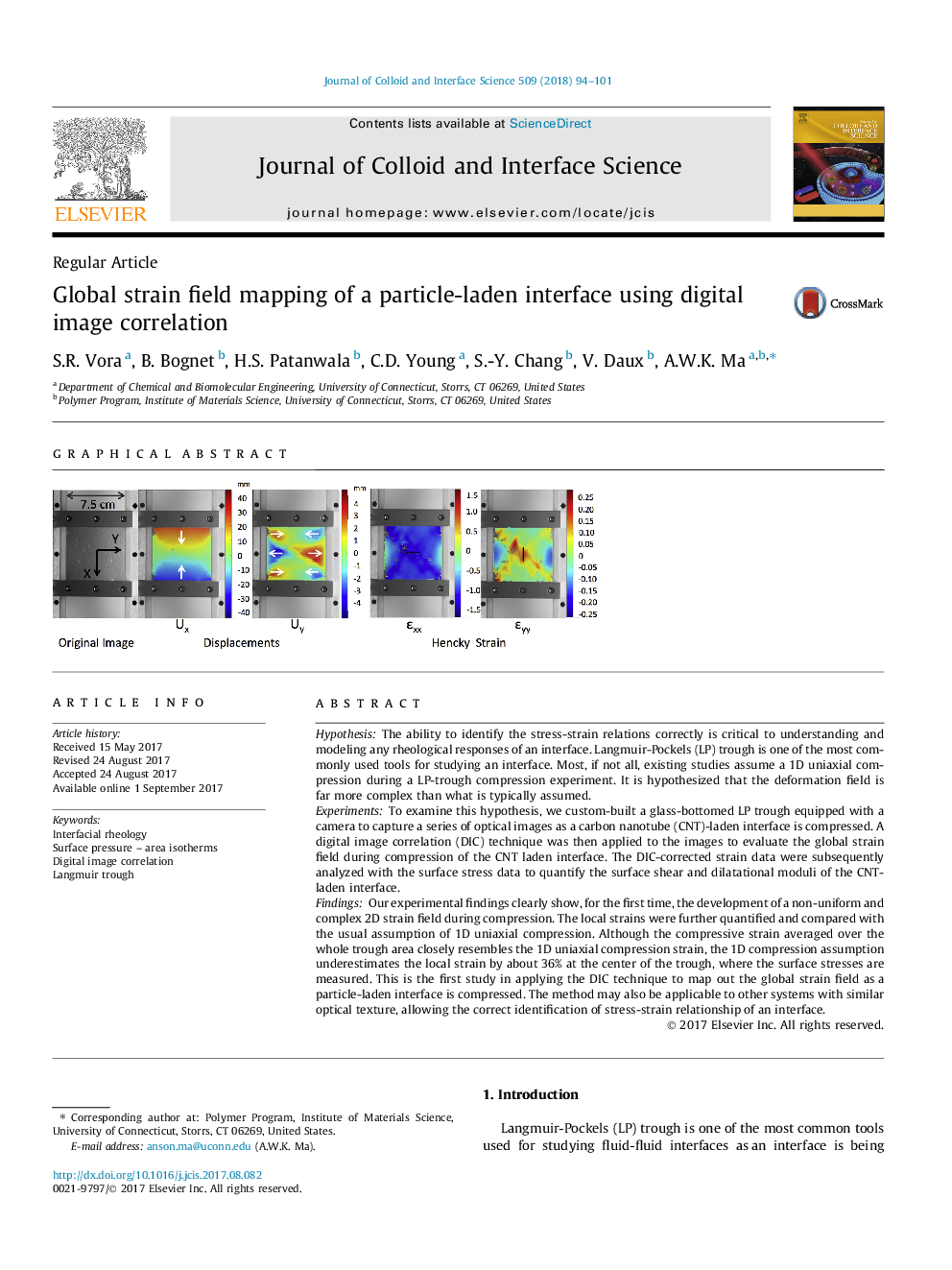 HypothesisThe ability to identify the stress-strain relations correctly is critical to understanding and modeling any rheological responses of an interface. Langmuir-Pockels (LP) trough is one of the most commonly used tools for studying an interface. Most, if not all, existing studies assume a 1D uniaxial compression during a LP-trough compression experiment. It is hypothesized that the deformation field is far more complex than what is typically assumed.ExperimentsTo examine this hypothesis, we custom-built a glass-bottomed LP trough equipped with a camera to capture a series of optical images asÂ a carbon nanotube (CNT)-laden interface is compressed. A digital image correlation (DIC) technique was then applied to the images to evaluate the global strain field during compression of the CNT laden interface. The DIC-corrected strain data were subsequently analyzed with the surface stress data to quantify the surface shear and dilatational moduli of the CNT-laden interface.FindingsOur experimental findings clearly show, for the first time, the development of a non-uniform and complex 2D strain field during compression. The local strains were further quantified and compared with the usual assumption of 1D uniaxial compression. Although the compressive strain averaged over the whole trough area closely resembles the 1D uniaxial compression strain, the 1D compression assumption underestimates the local strain by about 36% at the center of the trough, where the surface stresses are measured. This is the first study in applying the DIC technique to map out the global strain field asÂ a particle-laden interface is compressed. The method may also be applicable to other systems with similar optical texture, allowing the correct identification of stress-strain relationship of an interface.