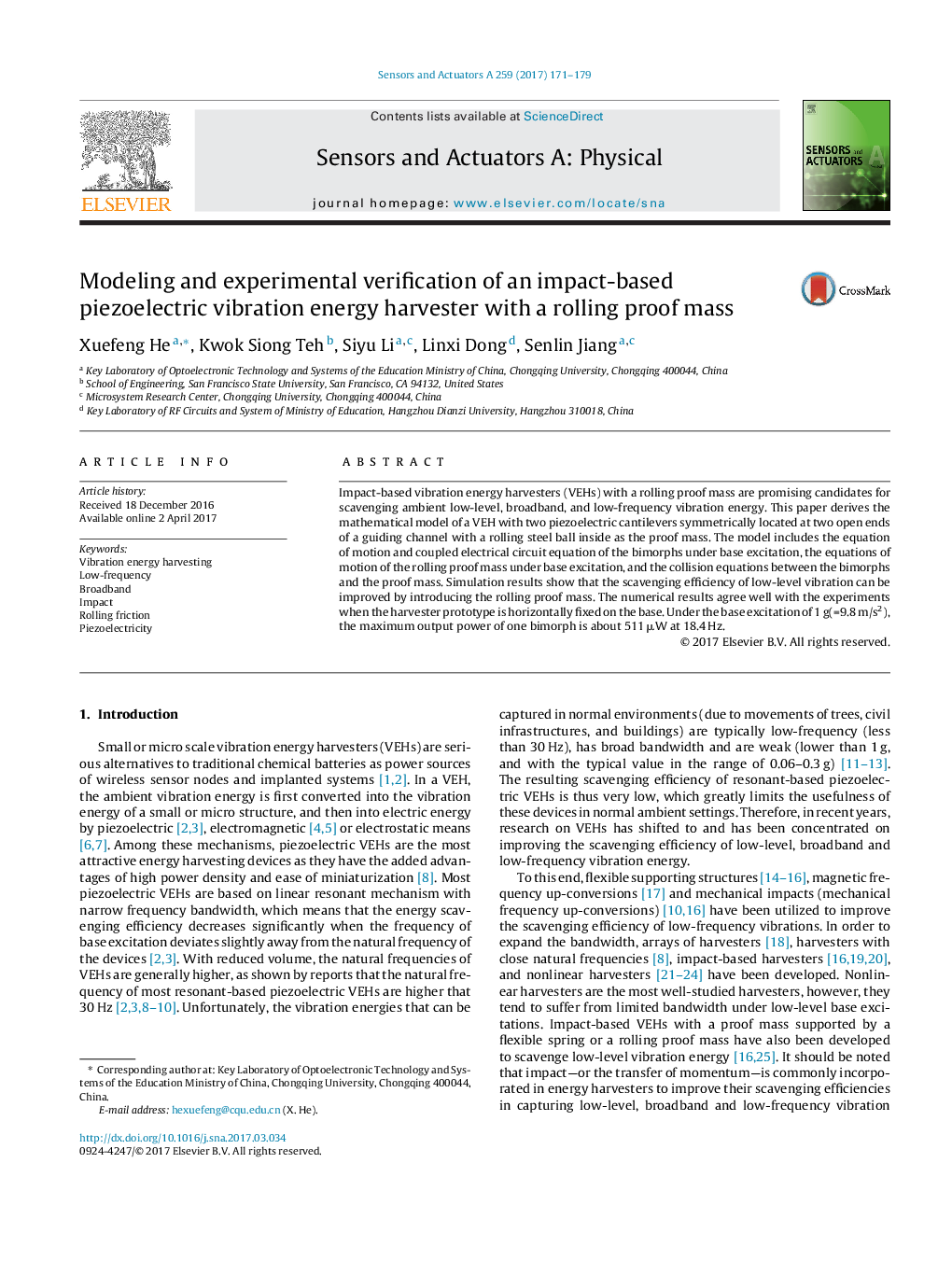 - Impact-based VEHs with a rolling proof mass are promising candidates for scavenging low-level, broadband, and low-frequency vibration energy.
- A mathematical model of impact-based piezoelectric VEHs with a rolling proof mass was established for the first time.
- The model agrees well with experimental results.
- The output properties of the harvester are also theoretically and experimentally analyzed.

Impact-based vibration energy harvesters (VEHs) with a rolling proof mass are promising candidates for scavenging ambient low-level, broadband, and low-frequency vibration energy. This paper derives the mathematical model of a VEH with two piezoelectric cantilevers symmetrically located at two open ends of a guiding channel with a rolling steel ball inside as the proof mass. The model includes the equation of motion and coupled electrical circuit equation of the bimorphs under base excitation, the equations of motion of the rolling proof mass under base excitation, and the collision equations between the bimorphs and the proof mass. Simulation results show that the scavenging efficiency of low-level vibration can be improved by introducing the rolling proof mass. The numerical results agree well with the experiments when the harvester prototype is horizontally fixed on the base. Under the base excitation of 1Â g(=9.8Â m/s2), the maximum output power of one bimorph is about 511Â Î¼W at 18.4Â Hz.