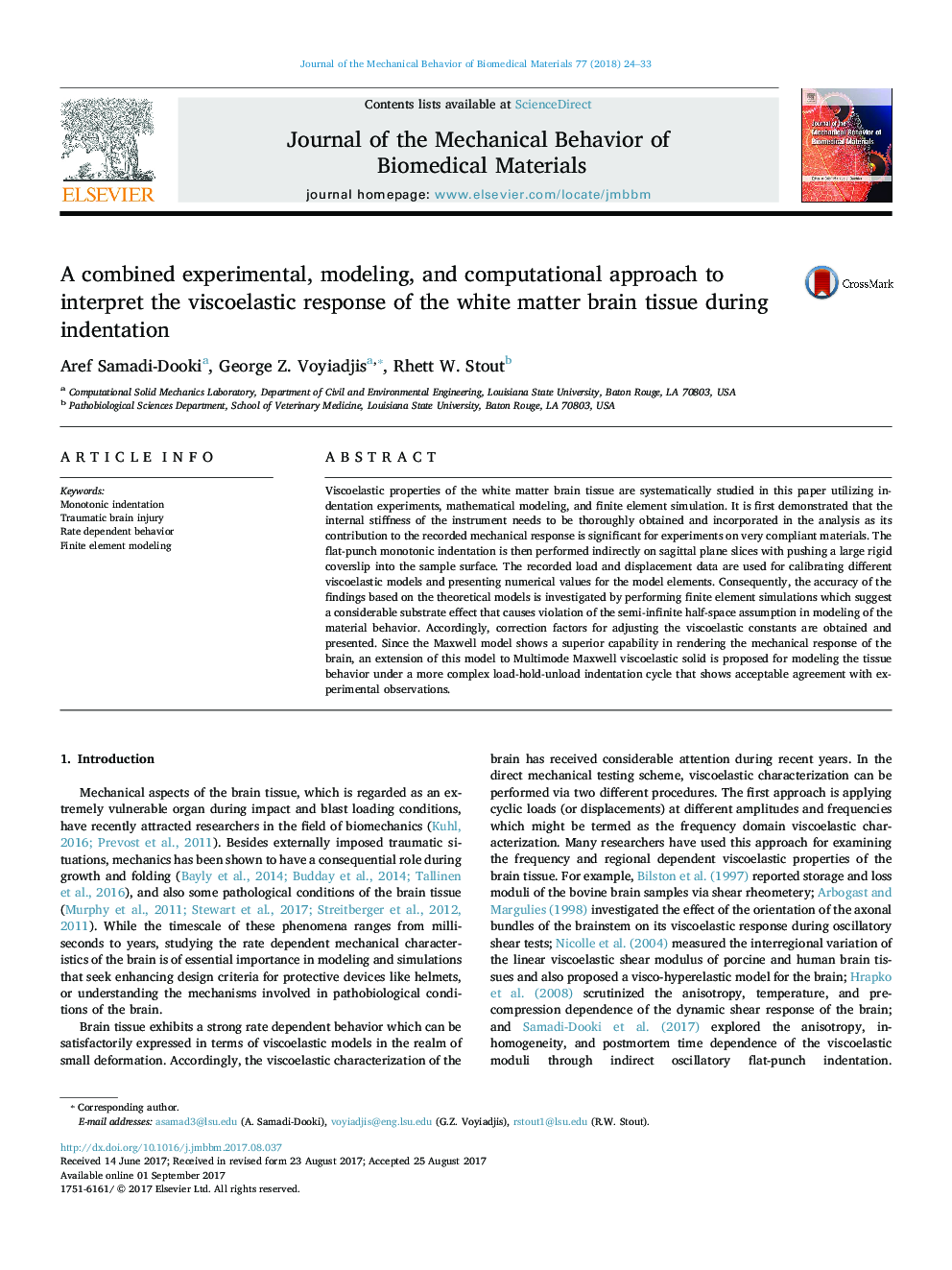 Viscoelastic properties of the white matter brain tissue are systematically studied in this paper utilizing indentation experiments, mathematical modeling, and finite element simulation. It is first demonstrated that the internal stiffness of the instrument needs to be thoroughly obtained and incorporated in the analysis as its contribution to the recorded mechanical response is significant for experiments on very compliant materials. The flat-punch monotonic indentation is then performed indirectly on sagittal plane slices with pushing a large rigid coverslip into the sample surface. The recorded load and displacement data are used for calibrating different viscoelastic models and presenting numerical values for the model elements. Consequently, the accuracy of the findings based on the theoretical models is investigated by performing finite element simulations which suggest a considerable substrate effect that causes violation of the semi-infinite half-space assumption in modeling of the material behavior. Accordingly, correction factors for adjusting the viscoelastic constants are obtained and presented. Since the Maxwell model shows a superior capability in rendering the mechanical response of the brain, an extension of this model to Multimode Maxwell viscoelastic solid is proposed for modeling the tissue behavior under a more complex load-hold-unload indentation cycle that shows acceptable agreement with experimental observations.