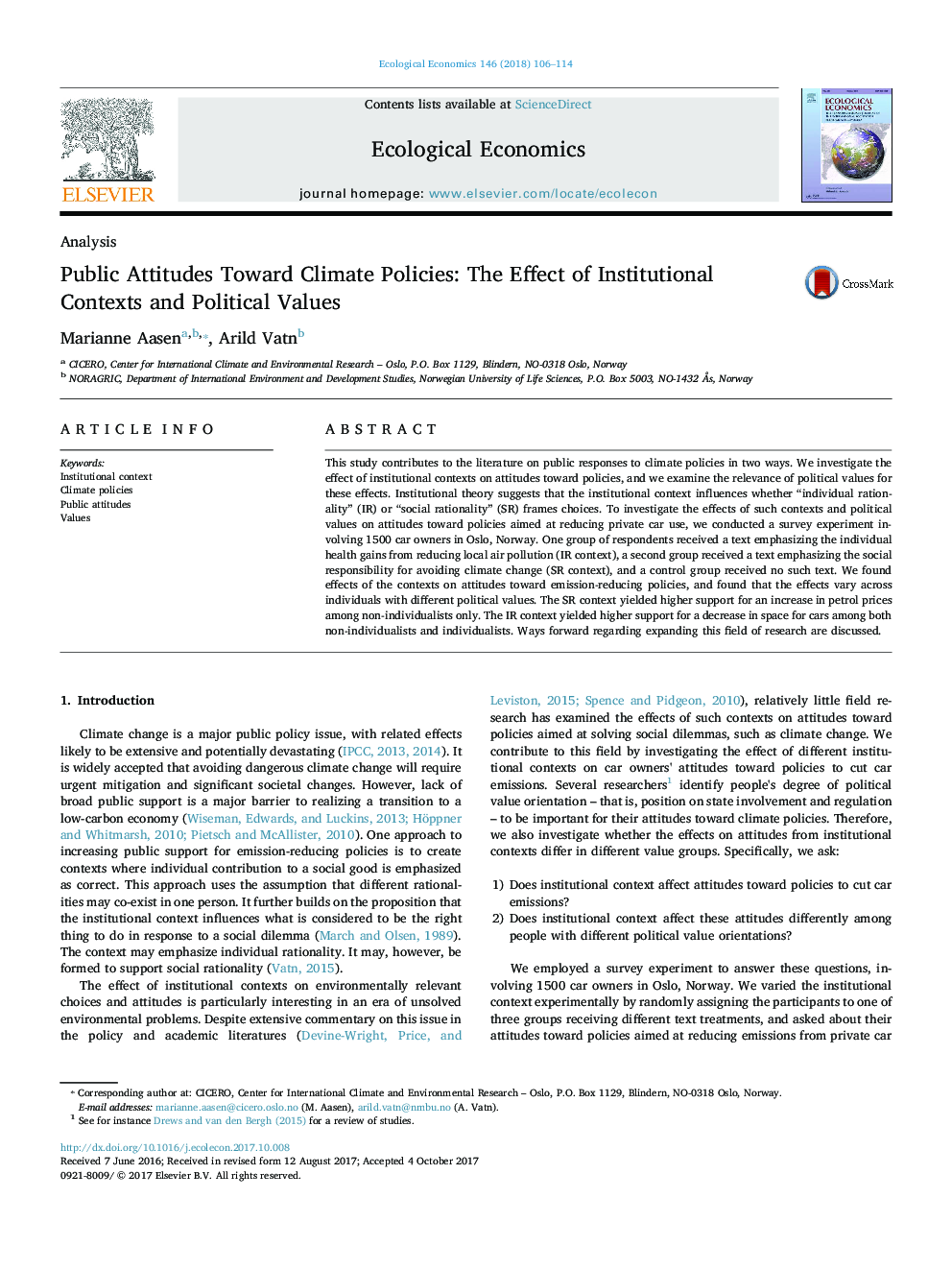 This study contributes to the literature on public responses to climate policies in two ways. We investigate the effect of institutional contexts on attitudes toward policies, and we examine the relevance of political values for these effects. Institutional theory suggests that the institutional context influences whether “individual rationality” (IR) or “social rationality” (SR) frames choices. To investigate the effects of such contexts and political values on attitudes toward policies aimed at reducing private car use, we conducted a survey experiment involving 1500 car owners in Oslo, Norway. One group of respondents received a text emphasizing the individual health gains from reducing local air pollution (IR context), a second group received a text emphasizing the social responsibility for avoiding climate change (SR context), and a control group received no such text. We found effects of the contexts on attitudes toward emission-reducing policies, and found that the effects vary across individuals with different political values. The SR context yielded higher support for an increase in petrol prices among non-individualists only. The IR context yielded higher support for a decrease in space for cars among both non-individualists and individualists. Ways forward regarding expanding this field of research are discussed.