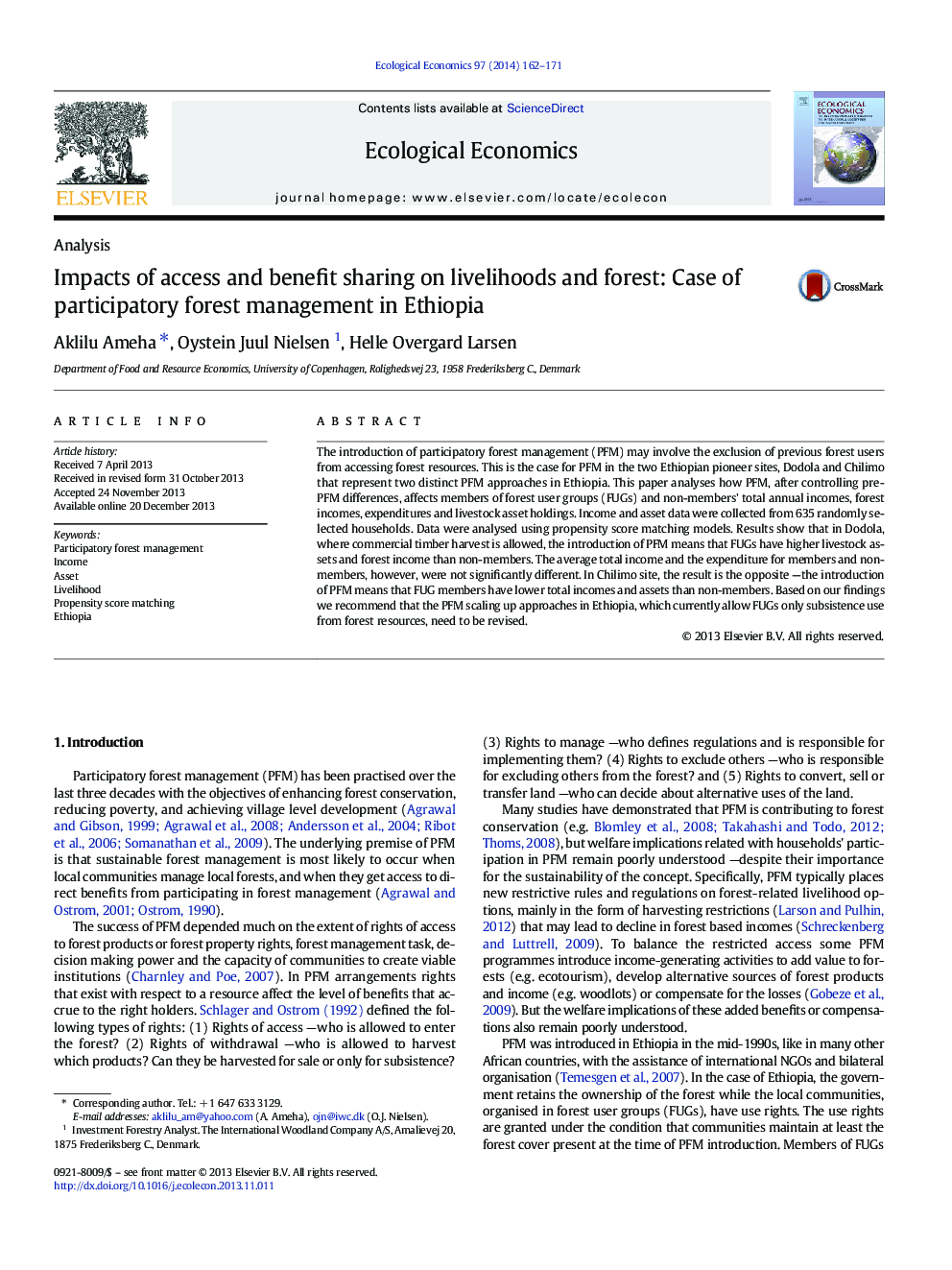 - We empirically investigated the impacts of PFM on income and assets of members and non-members in Ethiopia.
- Impacts of PFM on rural Ethiopian livelihoods are both positive and negative.
- Amounts and types of forest products and the types of access granted to members influence PFM impact.
- PFM scaling up in Ethiopia should take into account granting cash income from forest.

The introduction of participatory forest management (PFM) may involve the exclusion of previous forest users from accessing forest resources. This is the case for PFM in the two Ethiopian pioneer sites, Dodola and Chilimo that represent two distinct PFM approaches in Ethiopia. This paper analyses how PFM, after controlling pre-PFM differences, affects members of forest user groups (FUGs) and non-members' total annual incomes, forest incomes, expenditures and livestock asset holdings. Income and asset data were collected from 635 randomly selected households. Data were analysed using propensity score matching models. Results show that in Dodola, where commercial timber harvest is allowed, the introduction of PFM means that FUGs have higher livestock assets and forest income than non-members. The average total income and the expenditure for members and nonmembers, however, were not significantly different. In Chilimo site, the result is the opposite -the introduction of PFM means that FUG members have lower total incomes and assets than non-members. Based on our findings we recommend that the PFM scaling up approaches in Ethiopia, which currently allow FUGs only subsistence use from forest resources, need to be revised.