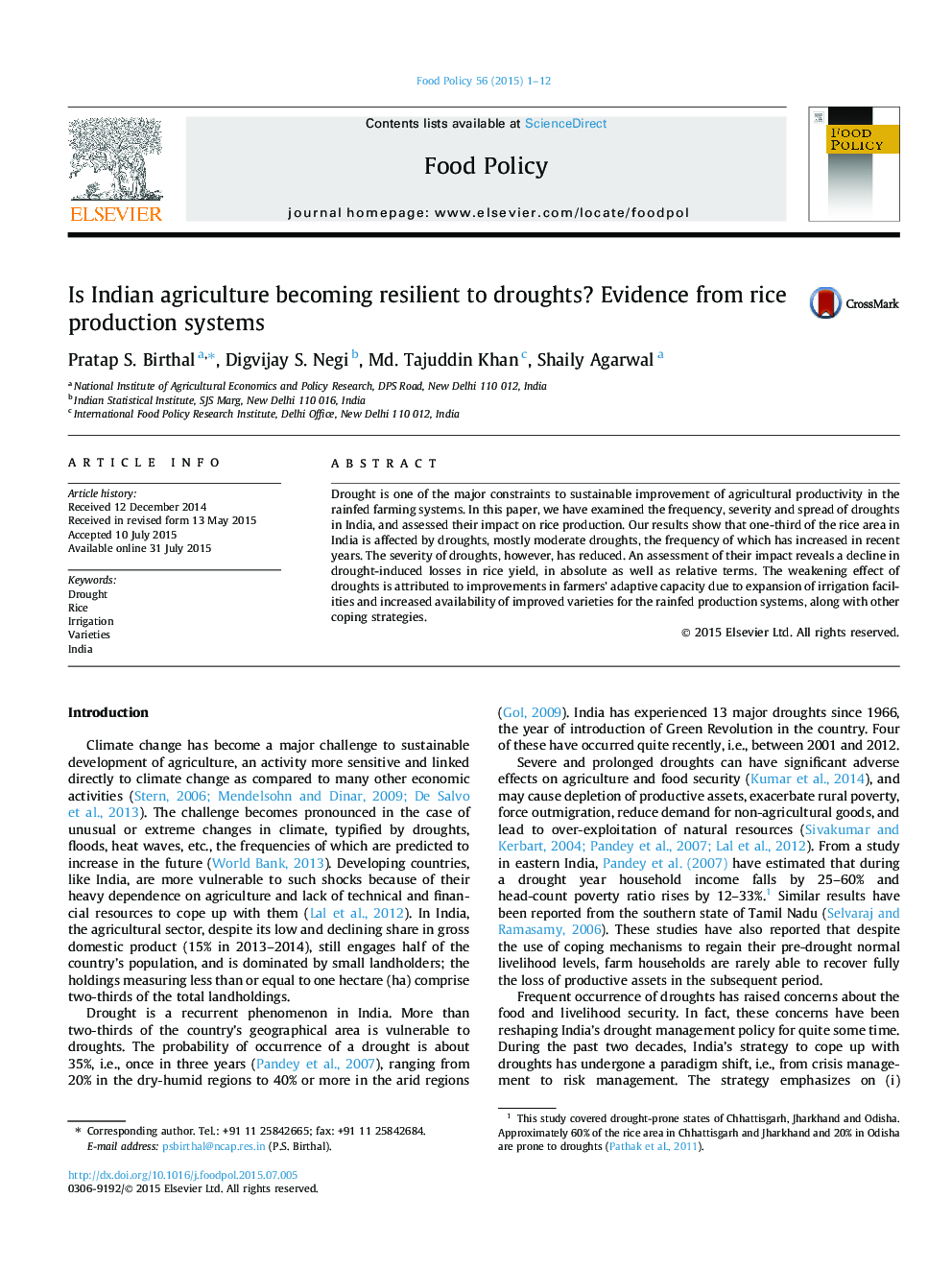 - The paper has examined frequency, severity and spread of droughts in India, and their impact on rice.
- The droughts have become more frequent but less intense over time.
- Drought adversely affects rice yields but over time drought induced losses have declined.
- Irrigation has played an important role in mitigating harmful effects of droughts on rice yields.

Drought is one of the major constraints to sustainable improvement of agricultural productivity in the rainfed farming systems. In this paper, we have examined the frequency, severity and spread of droughts in India, and assessed their impact on rice production. Our results show that one-third of the rice area in India is affected by droughts, mostly moderate droughts, the frequency of which has increased in recent years. The severity of droughts, however, has reduced. An assessment of their impact reveals a decline in drought-induced losses in rice yield, in absolute as well as relative terms. The weakening effect of droughts is attributed to improvements in farmers' adaptive capacity due to expansion of irrigation facilities and increased availability of improved varieties for the rainfed production systems, along with other coping strategies.