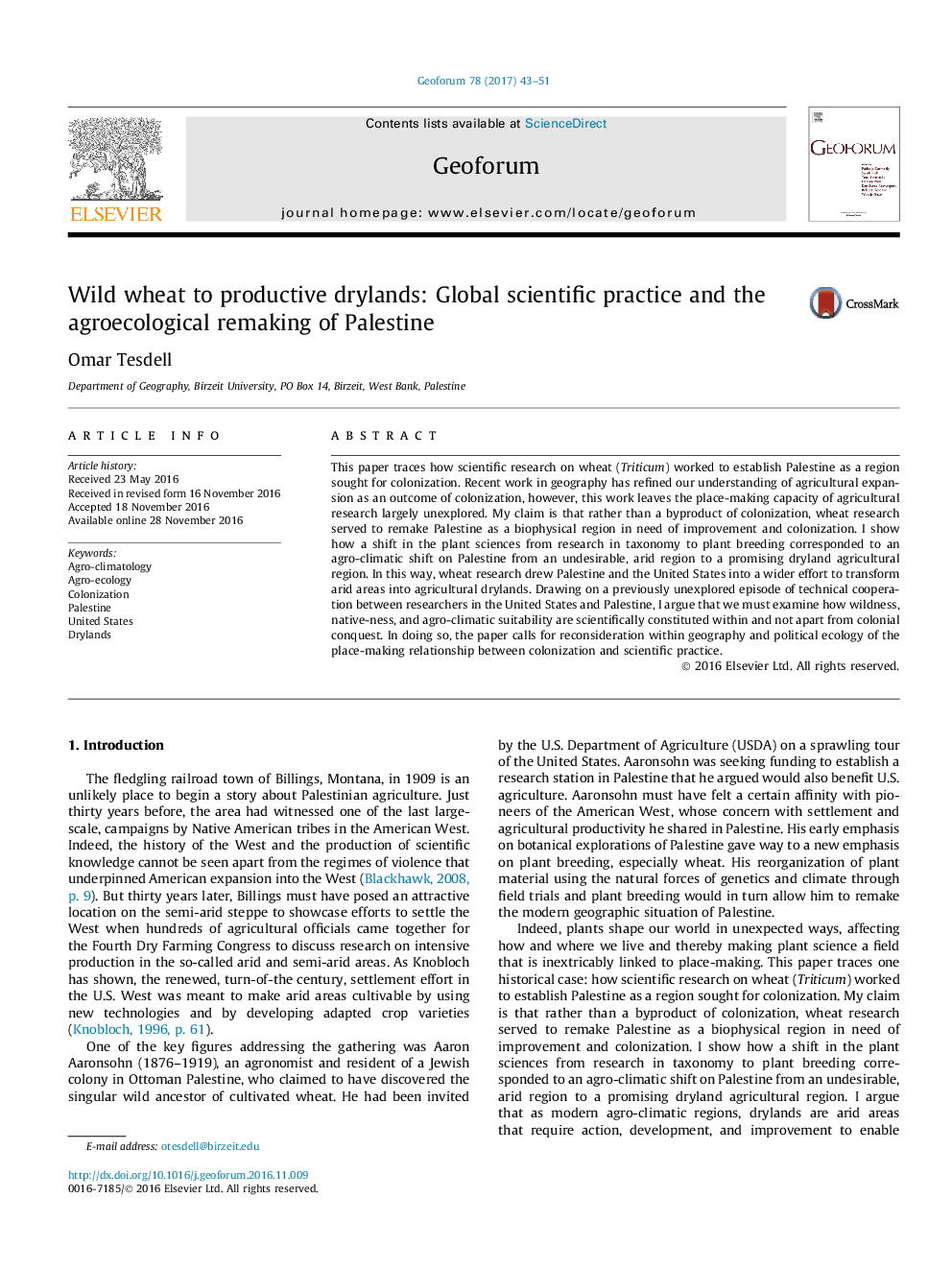 - Scientific research on wheat remade Palestine as a region sought for colonization.
- Sought to remake it from an arid region to a promising dryland agricultural region.
- Examines three modes of appropriation: taxonomic, agro-climatic, and genetic.
- Constitution of wildness, native-ness, and agro-climatic suitability in colonialism.
- Reconsiders place-making relationship of science and colonialism in geography and political ecology.

This paper traces how scientific research on wheat (Triticum) worked to establish Palestine as a region sought for colonization. Recent work in geography has refined our understanding of agricultural expansion as an outcome of colonization, however, this work leaves the place-making capacity of agricultural research largely unexplored. My claim is that rather than a byproduct of colonization, wheat research served to remake Palestine as a biophysical region in need of improvement and colonization. I show how a shift in the plant sciences from research in taxonomy to plant breeding corresponded to an agro-climatic shift on Palestine from an undesirable, arid region to a promising dryland agricultural region. In this way, wheat research drew Palestine and the United States into a wider effort to transform arid areas into agricultural drylands. Drawing on a previously unexplored episode of technical cooperation between researchers in the United States and Palestine, I argue that we must examine how wildness, native-ness, and agro-climatic suitability are scientifically constituted within and not apart from colonial conquest. In doing so, the paper calls for reconsideration within geography and political ecology of the place-making relationship between colonization and scientific practice.