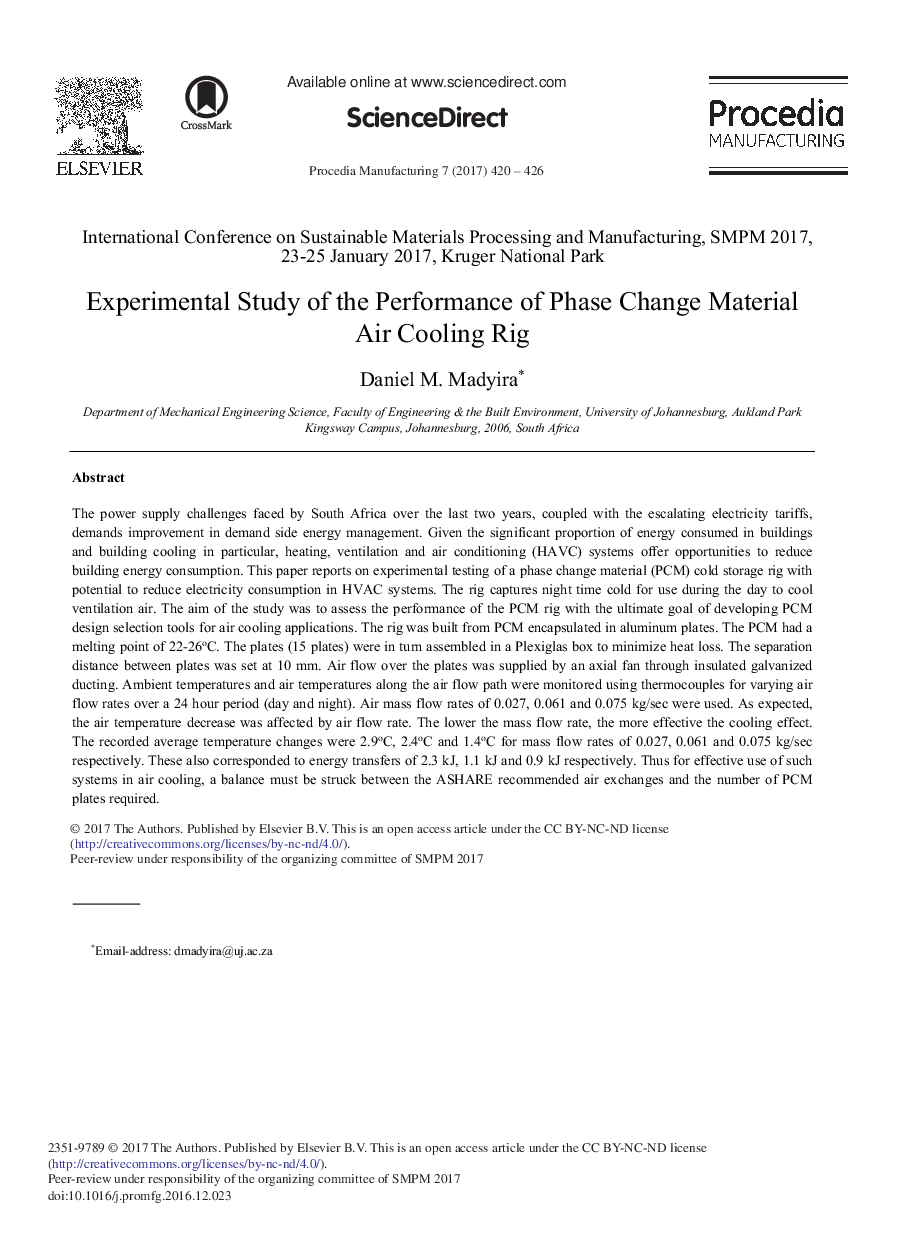 The power supply challenges faced by South Africa over the last two years, coupled with the escalating electricity tariffs, demands improvement in demand side energy management. Given the significant proportion of energy consumed in buildings and building cooling in particular, heating, ventilation and air conditioning (HAVC) systems offer opportunities to reduce building energy consumption. This paper reports on experimental testing of a phase change material (PCM) cold storage rig with potential to reduce electricity consumption in HVAC systems. The rig captures night time cold for use during the day to cool ventilation air. The aim of the study was to assess the performance of the PCM rig with the ultimate goal of developing PCM design selection tools for air cooling applications. The rig was built from PCM encapsulated in aluminum plates. The PCM had a melting point of 22-26oC. The plates (15 plates) were in turn assembled in a Plexiglas box to minimize heat loss. The separation distance between plates was set at 10mm. Air flow over the plates was supplied by an axial fan through insulated galvanized ducting. Ambient temperatures and air temperatures along the air flow path were monitored using thermocouples for varying air flow rates over a 24 hour period (day and night). Air mass flow rates of 0.027, 0.061 and 0.075kg/sec were used. As expected, the air temperature decrease was affected by air flow rate. The lower the mass flow rate, the more effective the cooling effect. The recorded average temperature changes were 2.9oC, 2.4oC and 1.4oC for mass flow rates of 0.027, 0.061 and 0.075kg/sec respectively. These also corresponded to energy transfers of 2.3kJ, 1.1kJ and 0.9kJ respectively. Thus for effective use of such systems in air cooling, a balance must be struck between the ASHARE recommended air exchanges and the number of PCM plates required.