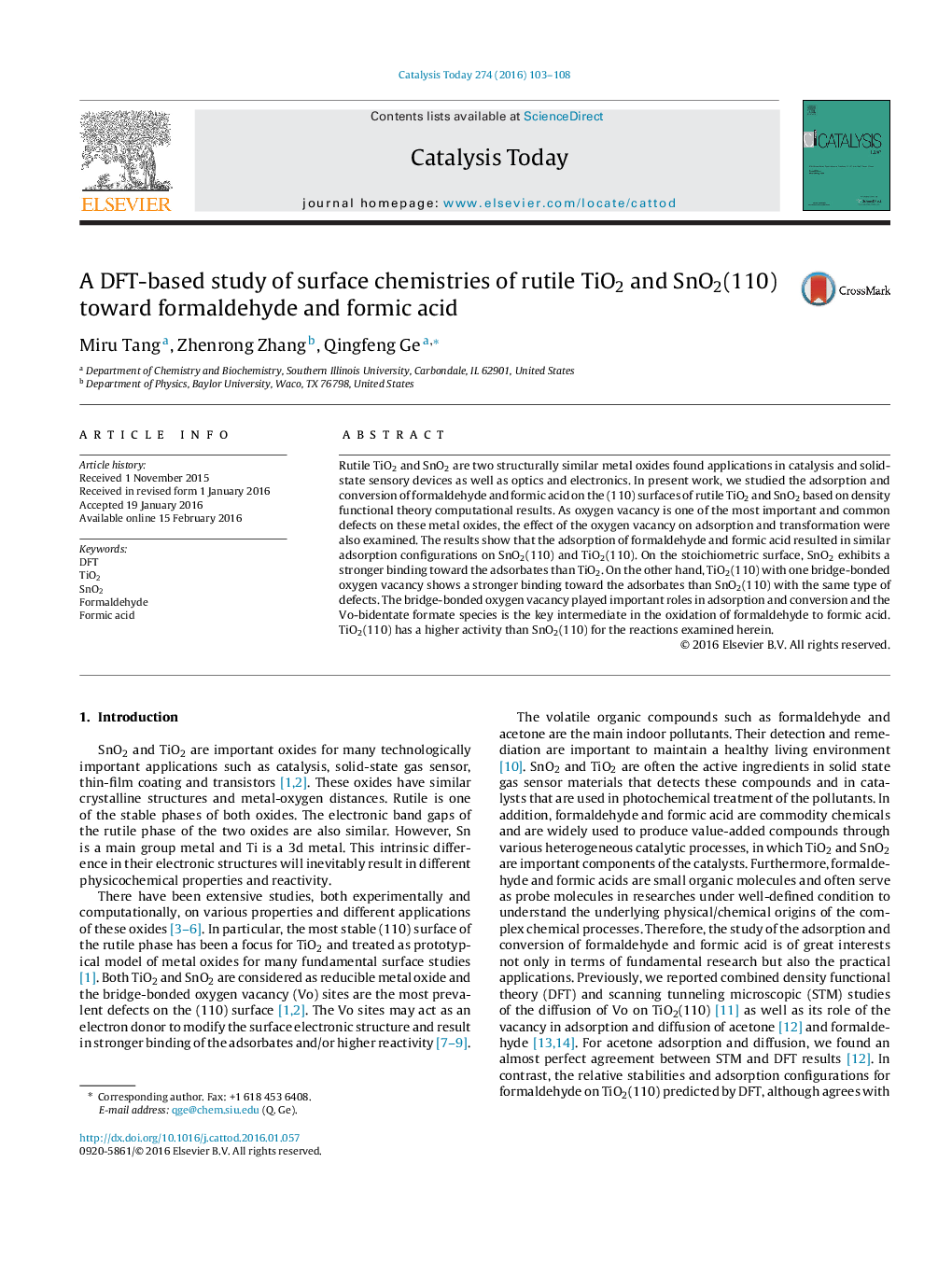 Rutile TiO2 and SnO2 are two structurally similar metal oxides found applications in catalysis and solid-state sensory devices as well as optics and electronics. In present work, we studied the adsorption and conversion of formaldehyde and formic acid on the (110) surfaces of rutile TiO2 and SnO2 based on density functional theory computational results. As oxygen vacancy is one of the most important and common defects on these metal oxides, the effect of the oxygen vacancy on adsorption and transformation were also examined. The results show that the adsorption of formaldehyde and formic acid resulted in similar adsorption configurations on SnO2(110) and TiO2(110). On the stoichiometric surface, SnO2 exhibits a stronger binding toward the adsorbates than TiO2. On the other hand, TiO2(110) with one bridge-bonded oxygen vacancy shows a stronger binding toward the adsorbates than SnO2(110) with the same type of defects. The bridge-bonded oxygen vacancy played important roles in adsorption and conversion and the Vo-bidentate formate species is the key intermediate in the oxidation of formaldehyde to formic acid. TiO2(110) has a higher activity than SnO2(110) for the reactions examined herein.