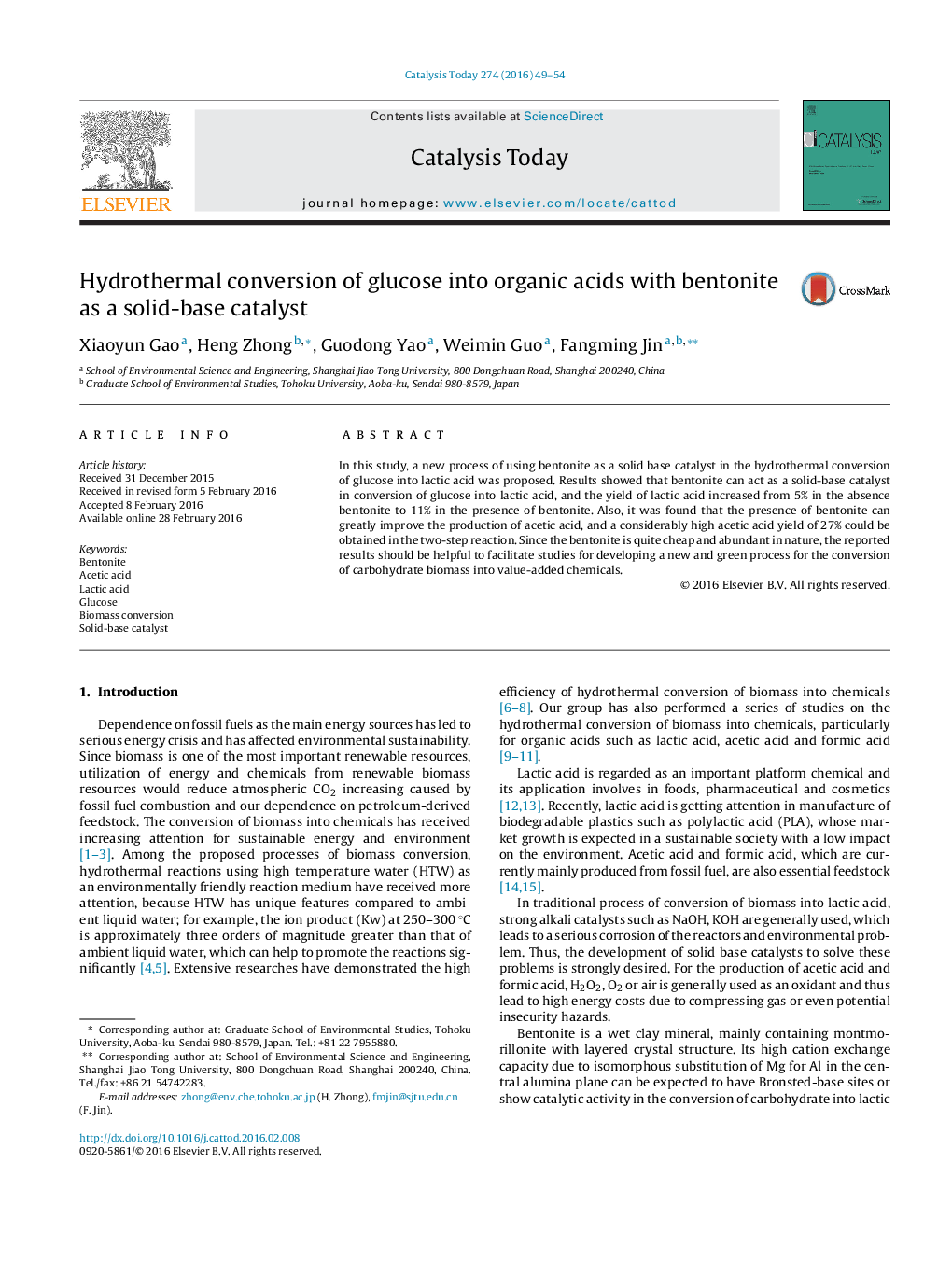 In this study, a new process of using bentonite as a solid base catalyst in the hydrothermal conversion of glucose into lactic acid was proposed. Results showed that bentonite can act as a solid-base catalyst in conversion of glucose into lactic acid, and the yield of lactic acid increased from 5% in the absence bentonite to 11% in the presence of bentonite. Also, it was found that the presence of bentonite can greatly improve the production of acetic acid, and a considerably high acetic acid yield of 27% could be obtained in the two-step reaction. Since the bentonite is quite cheap and abundant in nature, the reported results should be helpful to facilitate studies for developing a new and green process for the conversion of carbohydrate biomass into value-added chemicals.