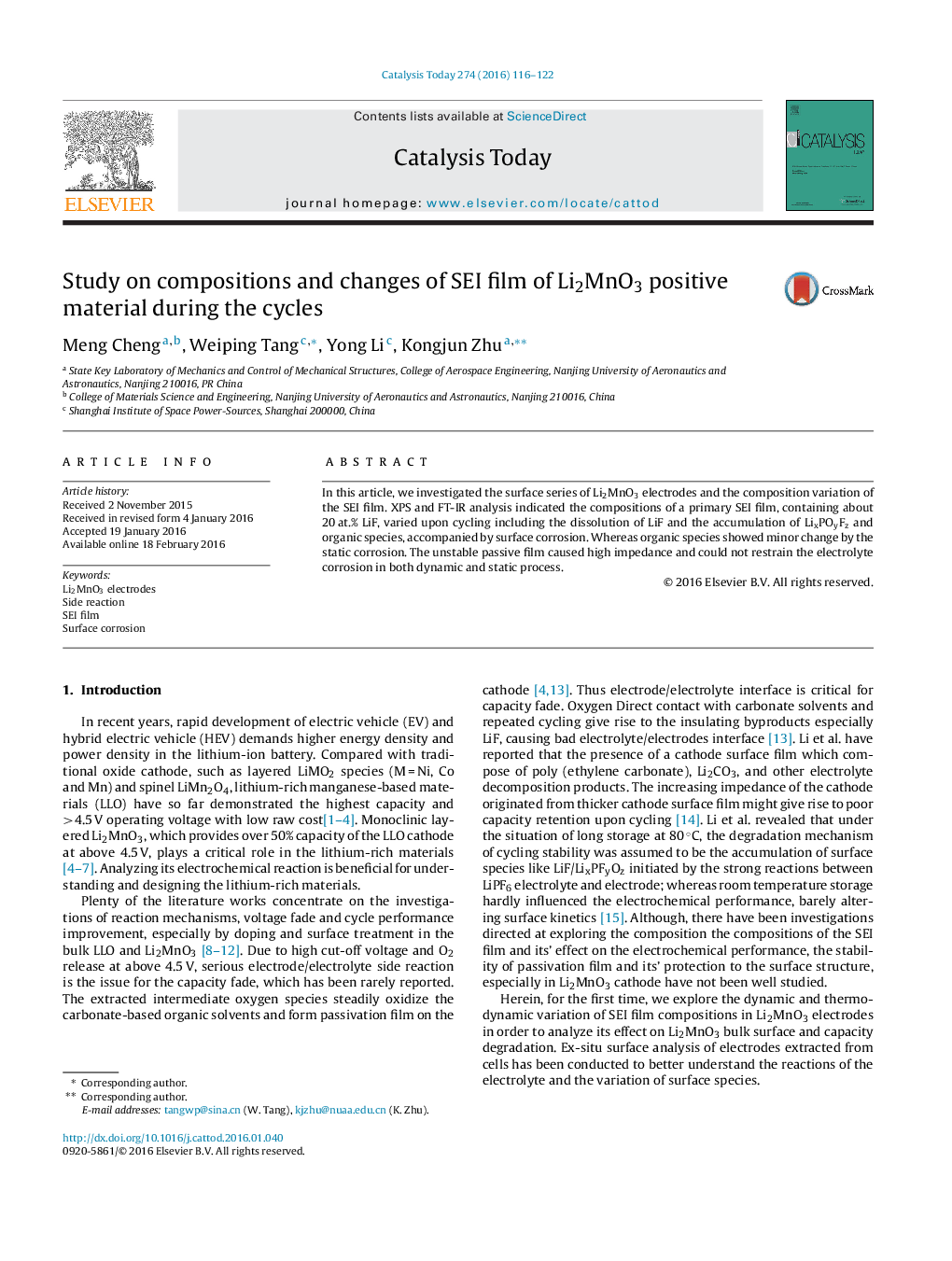 • The compositions of SEI film varied unpon cycling.
• The passive film was unstable and could not restrain the electrolyte corrosion in both dynamic and static process.
• The acculation of LixPOyFz resulted in large impedance of the passive film.

In this article, we investigated the surface series of Li2MnO3 electrodes and the composition variation of the SEI film. XPS and FT-IR analysis indicated the compositions of a primary SEI film, containing about 20 at.% LiF, varied upon cycling including the dissolution of LiF and the accumulation of LixPOyFz and organic species, accompanied by surface corrosion. Whereas organic species showed minor change by the static corrosion. The unstable passive film caused high impedance and could not restrain the electrolyte corrosion in both dynamic and static process.

The compositions of the SEI film were varied upon cycling. LiF dissolution, LixPFy decomposition and the accumulation of LixPOyFz and the organic species gave rise to the capacity degredation of Li2MnO3 electrodes.Figure optionsDownload high-quality image (247 K)Download as PowerPoint slide