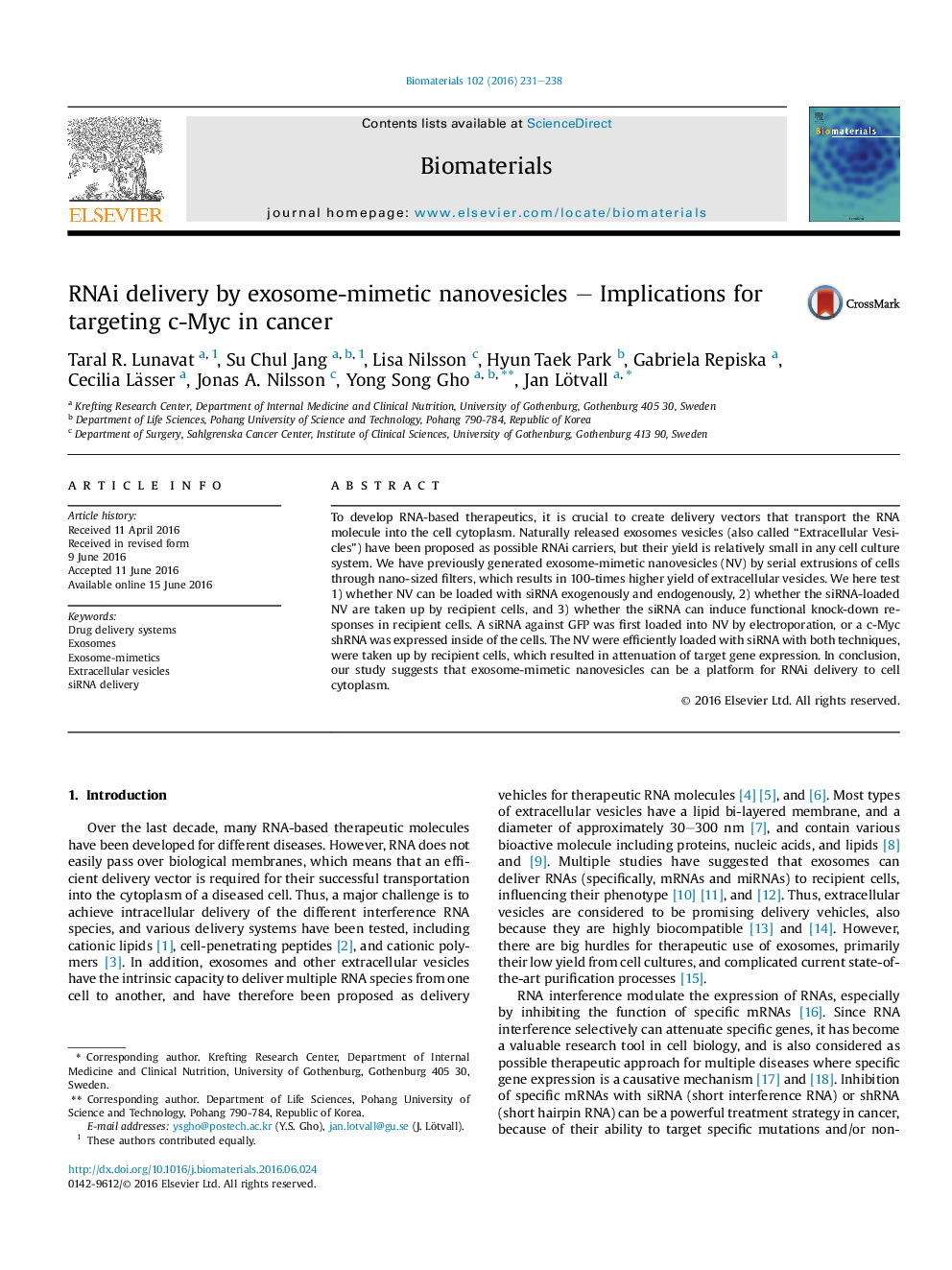 To develop RNA-based therapeutics, it is crucial to create delivery vectors that transport the RNA molecule into the cell cytoplasm. Naturally released exosomes vesicles (also called “Extracellular Vesicles”) have been proposed as possible RNAi carriers, but their yield is relatively small in any cell culture system. We have previously generated exosome-mimetic nanovesicles (NV) by serial extrusions of cells through nano-sized filters, which results in 100-times higher yield of extracellular vesicles. We here test 1) whether NV can be loaded with siRNA exogenously and endogenously, 2) whether the siRNA-loaded NV are taken up by recipient cells, and 3) whether the siRNA can induce functional knock-down responses in recipient cells. A siRNA against GFP was first loaded into NV by electroporation, or a c-Myc shRNA was expressed inside of the cells. The NV were efficiently loaded with siRNA with both techniques, were taken up by recipient cells, which resulted in attenuation of target gene expression. In conclusion, our study suggests that exosome-mimetic nanovesicles can be a platform for RNAi delivery to cell cytoplasm.