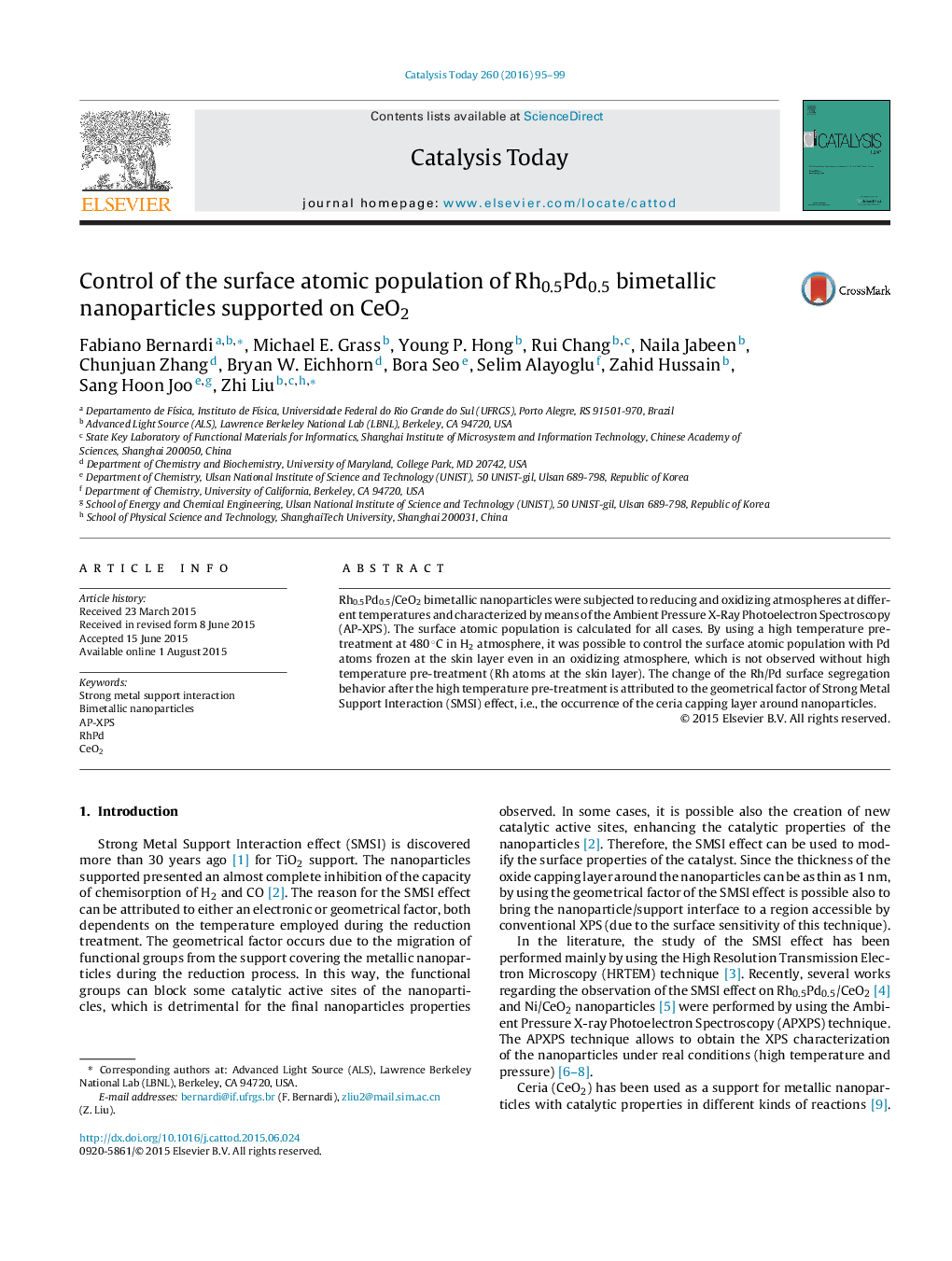 • APXPS reveals surface segregation behavior of RhPd on CeO2 in situ.
• SMSI effect during a high temperature treatment (480 °C) in H2 atmosphere is observed.
• SMSI changes the switching between Pd and Rh atoms under different atmospheres.

Rh0.5Pd0.5/CeO2 bimetallic nanoparticles were subjected to reducing and oxidizing atmospheres at different temperatures and characterized by means of the Ambient Pressure X-Ray Photoelectron Spectroscopy (AP-XPS). The surface atomic population is calculated for all cases. By using a high temperature pre-treatment at 480 °C in H2 atmosphere, it was possible to control the surface atomic population with Pd atoms frozen at the skin layer even in an oxidizing atmosphere, which is not observed without high temperature pre-treatment (Rh atoms at the skin layer). The change of the Rh/Pd surface segregation behavior after the high temperature pre-treatment is attributed to the geometrical factor of Strong Metal Support Interaction (SMSI) effect, i.e., the occurrence of the ceria capping layer around nanoparticles.