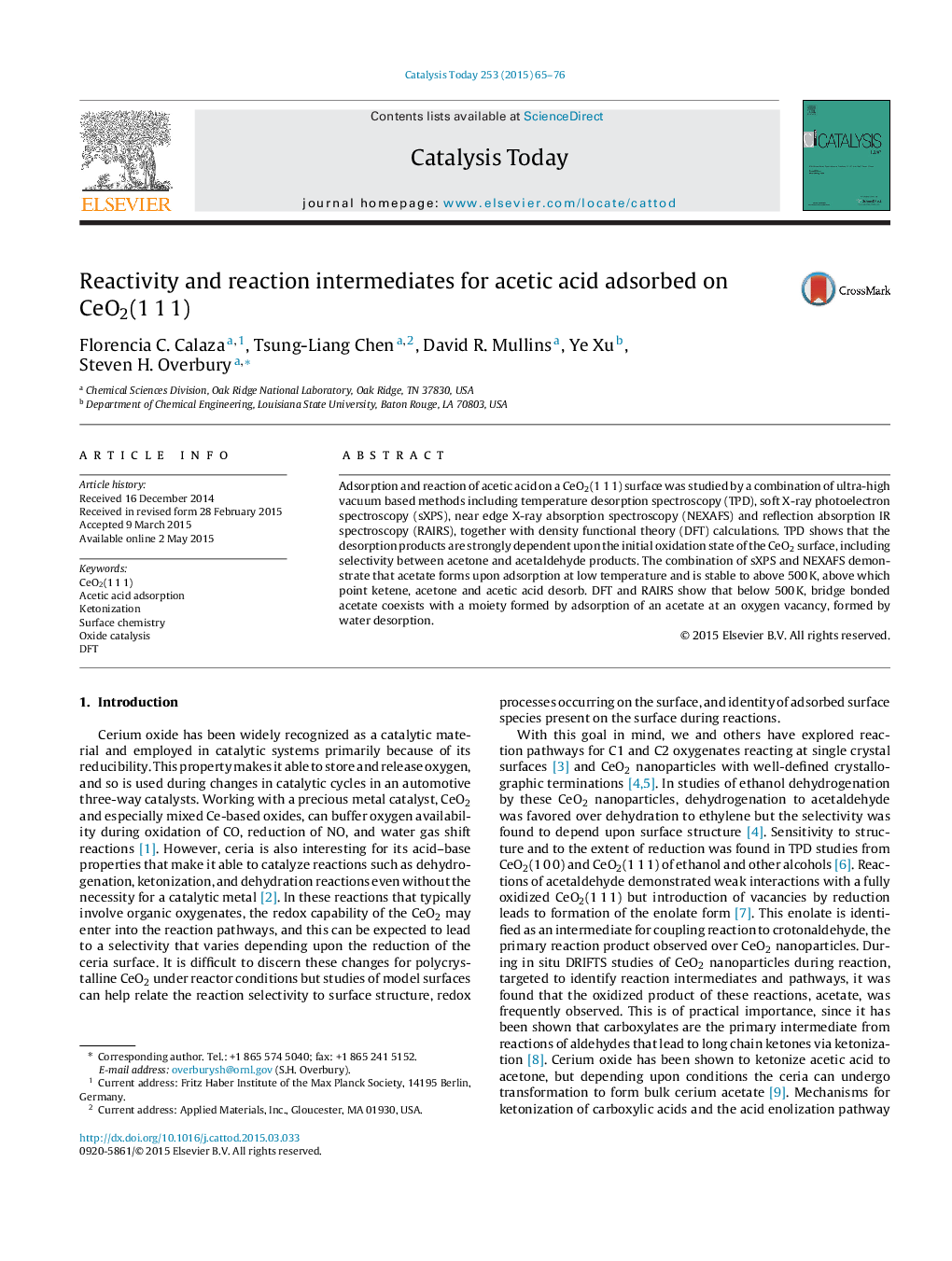 • Adsorption and transformations of acetic acid were studied upon a model CeO2(1 1 1) surface.
• Multiple spectroscopic techniques probe adsorbate species resulting from acetic acid adsorption.
• Speciation of desorption products depends upon surface reduction prior to adsorption.
• Acetate at a vacancy precursor to ketene but reaction with μ-acetate leads to acetone.

Adsorption and reaction of acetic acid on a CeO2(1 1 1) surface was studied by a combination of ultra-high vacuum based methods including temperature desorption spectroscopy (TPD), soft X-ray photoelectron spectroscopy (sXPS), near edge X-ray absorption spectroscopy (NEXAFS) and reflection absorption IR spectroscopy (RAIRS), together with density functional theory (DFT) calculations. TPD shows that the desorption products are strongly dependent upon the initial oxidation state of the CeO2 surface, including selectivity between acetone and acetaldehyde products. The combination of sXPS and NEXAFS demonstrate that acetate forms upon adsorption at low temperature and is stable to above 500 K, above which point ketene, acetone and acetic acid desorb. DFT and RAIRS show that below 500 K, bridge bonded acetate coexists with a moiety formed by adsorption of an acetate at an oxygen vacancy, formed by water desorption.