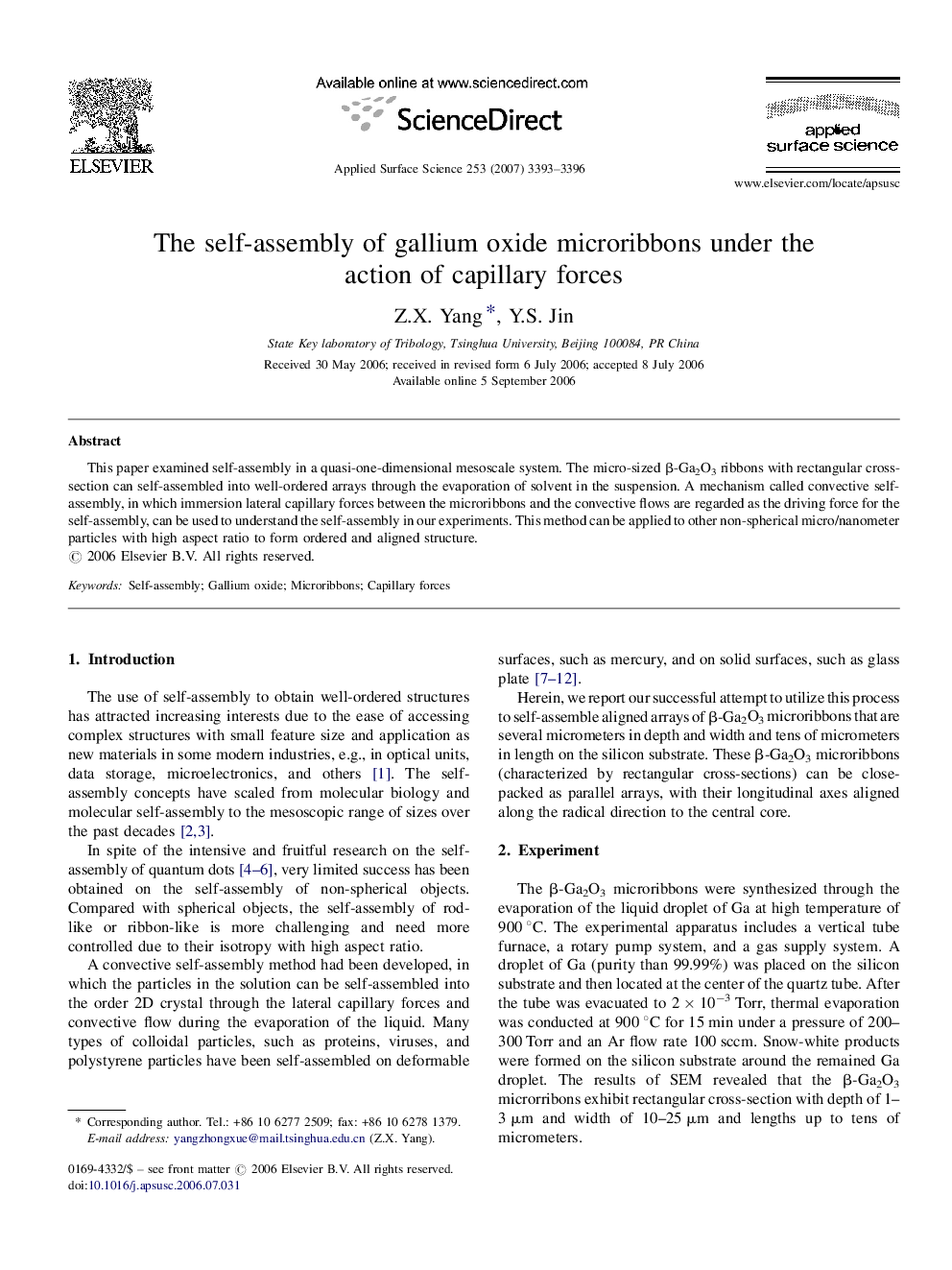 This paper examined self-assembly in a quasi-one-dimensional mesoscale system. The micro-sized Î²-Ga2O3 ribbons with rectangular cross-section can self-assembled into well-ordered arrays through the evaporation of solvent in the suspension. A mechanism called convective self-assembly, in which immersion lateral capillary forces between the microribbons and the convective flows are regarded as the driving force for the self-assembly, can be used to understand the self-assembly in our experiments. This method can be applied to other non-spherical micro/nanometer particles with high aspect ratio to form ordered and aligned structure.