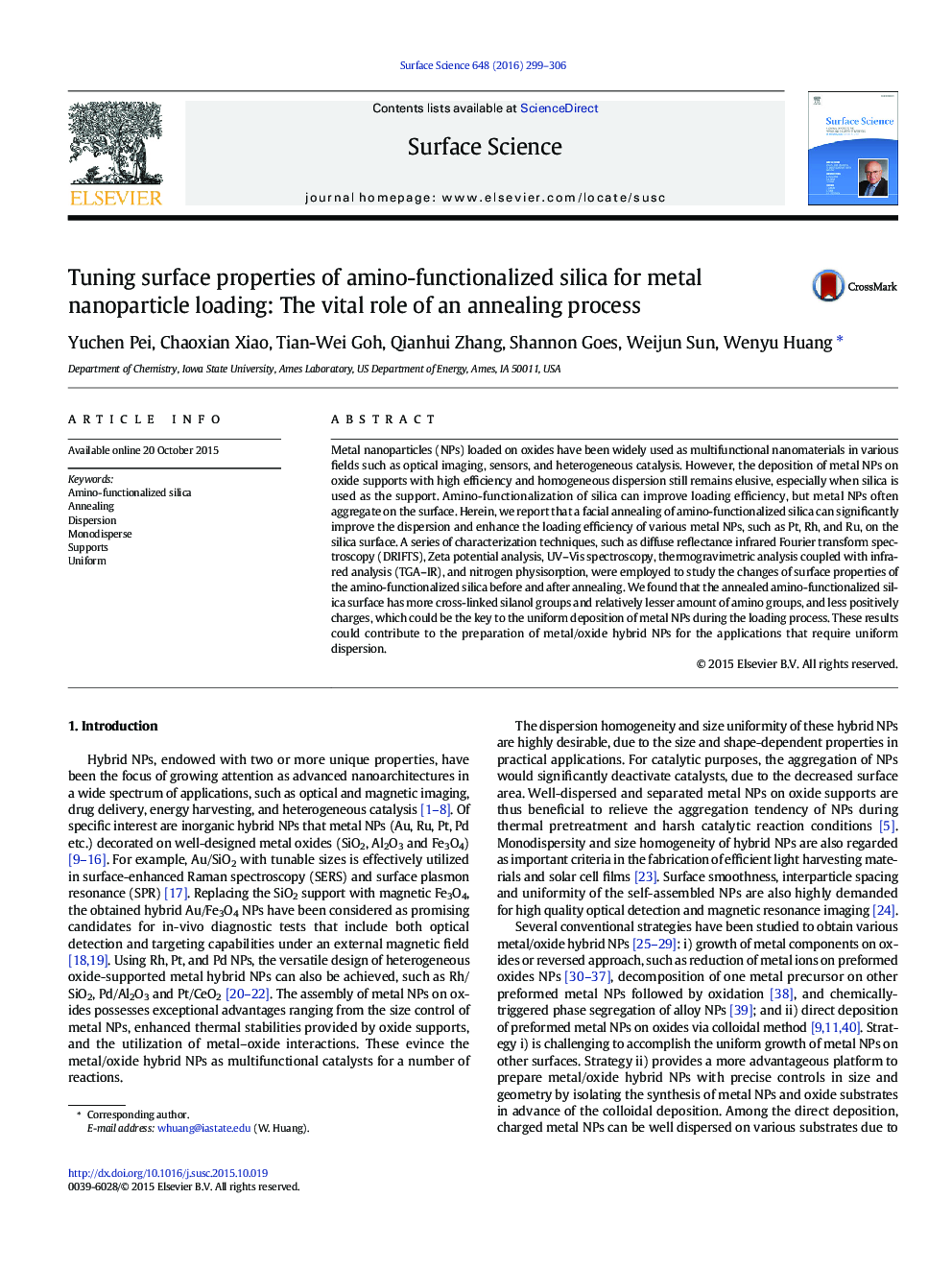 - Annealing process improves dispersion uniformity of metal NPs on NH2-SiO2 surface.
- Amino groups were lost during the annealing of NH2-SiO2.
- Appropriate amount of amino groups is the key to uniform metal NP loadings.

Metal nanoparticles (NPs) loaded on oxides have been widely used as multifunctional nanomaterials in various fields such as optical imaging, sensors, and heterogeneous catalysis. However, the deposition of metal NPs on oxide supports with high efficiency and homogeneous dispersion still remains elusive, especially when silica is used as the support. Amino-functionalization of silica can improve loading efficiency, but metal NPs often aggregate on the surface. Herein, we report that a facial annealing of amino-functionalized silica can significantly improve the dispersion and enhance the loading efficiency of various metal NPs, such as Pt, Rh, and Ru, on the silica surface. A series of characterization techniques, such as diffuse reflectance infrared Fourier transform spectroscopy (DRIFTS), Zeta potential analysis, UV-Vis spectroscopy, thermogravimetric analysis coupled with infrared analysis (TGA-IR), and nitrogen physisorption, were employed to study the changes of surface properties of the amino-functionalized silica before and after annealing. We found that the annealed amino-functionalized silica surface has more cross-linked silanol groups and relatively lesser amount of amino groups, and less positively charges, which could be the key to the uniform deposition of metal NPs during the loading process. These results could contribute to the preparation of metal/oxide hybrid NPs for the applications that require uniform dispersion.